Even the most modern and high-tech cars on the road today still have a few small, fragile parts that are easy to break.

One of these small, fragile parts is a fuse. If you have a car that lasts a long time, eventually one of the fuses will blow, and you’ll have to figure out how to replace a blown fuse.

Does this mean you need to go to an auto parts store to buy a new fuse as the first step, or did your car come with a spare fuse?

Some cars do have extra fuses that can be found in a fuse box somewhere in the car. Most newer cars have two fuse boxes, one in the passenger area and one next to the engine under the hood. Check your owner’s manual to find out exactly where your spare fuses are.

Spare fuses are the ones that aren’t being used. You can tell which ones are which by looking at the manual or the sheet inside the fuse box.

There should also be a fuse puller or another tool that makes it easy to get a fuse out.

What are spare fuses for? 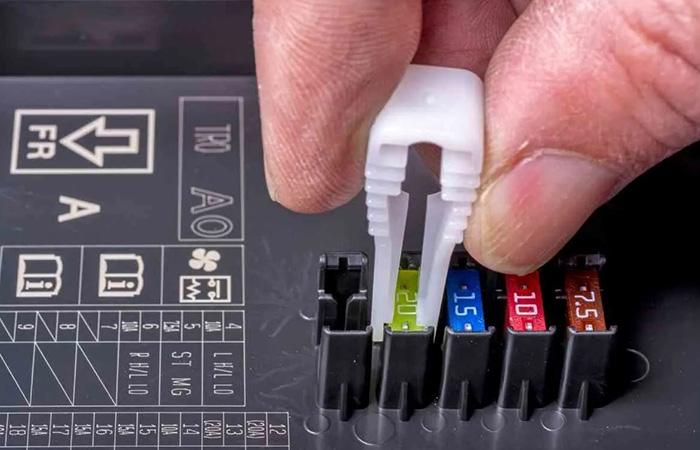 When a fuse in your car blows, you can replace it with a spare fuse.

Electricity is also used to power cars, since everything from the cigarette lighter to the radio needs to be powered.

When there is a surge of electricity in a circuit, the thin wire inside a fuse melts. By stopping the flow of electricity, this keeps the wiring and other parts safe.

In the auxiliary fuse box of a new car, there are some extra fuses.

You can take out the old fuse and look at the thin wire in the middle to see if it has been used.

If this wire is burned, it means that the fuse is done.

Is it safe to leave a fuse out?

A fuse is basically a connection in a circuit, so if you take it out, the device or appliance won’t work, and you won’t be able to use it.

Sometimes this is safe, but sometimes it can be very dangerous.

For example, if you take out the fuse for the car’s radio, you won’t be able to use the radio.

This isn’t too dangerous, but if you take the car’s horn off, you might get into an accident when you need to warn pedestrians or other drivers but can’t.

Aside from this, you won’t be able to start the car if you take out the ignition fuse or any of the fuel injection parts.

Taking out fuses won’t hurt your car because you’re just taking out a piece of the circuit.

You can drive your car even if you take out a fuse for a non-essential part, like the radio.

But we would tell you not to do this and to keep all of the fuses in place.

Do cars have more than one fuse box? 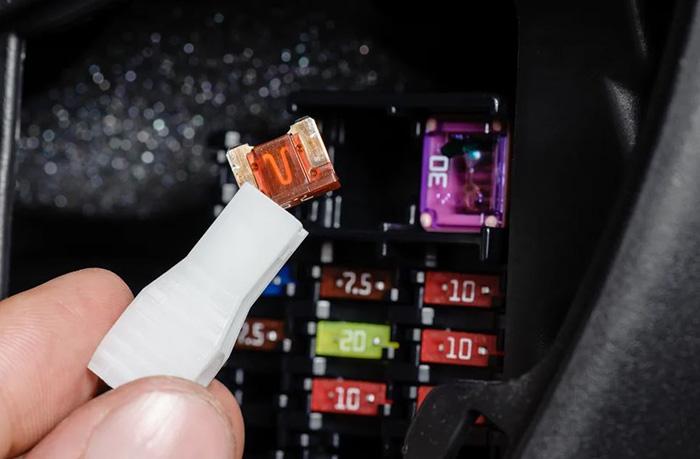 Almost all cars, if not all, have two fuse boxes or fuse panels. These control different parts of the car, so they are put in the right places on the car.

One fuse box is next to the engine in the front of the car. It helps protect different parts of the engine, like the cooler, the hydraulic brake pump, and the fuel injection systems.

In the car’s passenger area, usually under the dashboard on the driver’s side, there is another fuse box.

Different parts of the car’s interior are protected by this fuse box.

This could be the radio, the air conditioner, the interior lights, and a bunch of other things inside the car.

Where to buy replacement car fuses

If you need more fuses, you can always go to the nearest hardware store.

There are probably some spare fuses in your car’s fuse box that aren’t being used, so you can use those.

When you run out of those, go to the nearest hardware store, your local mechanic, or AutoZone to get what you need.

Make sure to bring any used fuses with you so you don’t forget what kind you need.

This is also important because if you use the wrong fuses, your car could catch fire or get damaged.

You can also get fuses delivered to your house without much trouble if you order them online. Several websites focus on helping you find the easiest way to fix problems with your car.

Some of them even have a support specialist you can talk to about your problem.

You can look for spare fuses on websites like Amazon and AutoZone.

Both have pretty good prices, and you can pick up or have it delivered.

I’m sorry, but no. The type of fuse used in a car depends on the car. There are many things to consider, like the age, model, and make of the car.

Aside from this, the size and amperage rating of fuses are also important ways to tell them apart.

But different fuses can be used in different cars as long as they are all the same type.

You can tell how much current fuses can handle by looking at their colours, which we’ve listed below.

There are also many different kinds of fuses.

This is the smallest type of fuse, and it is tall and thin.

The only fuses with three terminals instead of two are micro3 fuses.

These fuses are small and have a low profile. They also have very small terminals.

Mini: These are small and close together, but the ends are a lot longer.

Regular: Fuses of a standard size.

Maxi: Fuses that are bigger and made for high-current appliances.

Follow these steps to safely change a fuse in your car if it has burned out.

Find the box of fuses and see which one isn’t working. You can look in the car’s manual to find out which fuse goes with which part of the car.

Get another one that is the same kind and size.

Use the pliers that come with the fuse box to carefully pull out the old fuse.

Put the new fuse in the same place as the old one.

With any luck, this will get your car part up and running quickly.

How To Reset Throttle Position Sensor Ford
How Old Do You Have To Be To Test Drive A Car
Top 10 Sports Cars India That You Need Know
What Are The Functions Of A Crankshaft Seal?