Anyone can lose their car keys, which is why it’s important to have a spare on hand.

If you just bought a new car, going to a locksmith to get a spare key made for a couple hundred dollars is probably not high on your list of things to do.

But do new cars come with more than one key or just one?

Most new cars come with at least one spare key, but you can’t be sure that a used car will have more than one key when you buy it. If you want, you can get spare keys made, but depending on the type of key, they could cost anywhere from tens to hundreds of dollars.

Read on to find out when a car should come with a spare key and how much it costs to get a new one.

Can a dealership sell a car without a spare key?

When you buy a new car, the dealer should give you two keys, one for the main lock and one as a spare.

But some dealerships will only give you one key and try to charge you extra for the second one.

You should expect this to happen and use it to your advantage. If the dealership won’t give you a second key for a brand-new car, ask for a discount or ask for a spare key to be made.

It’s hard to say about used cars. If they don’t give it to you right away, the dealership might not have the second key with them.

But you can ask the used car dealer to make you a second key for the car.

In some cases, there is only one key to a repossessed car, so you won’t get a spare. But you can also ask them to make you a second key.

Or, you can ask for a discount on the one key you’re getting so that you can save some money when you get a second key made.

Why you should get two keys with used cars

Some con artists have been known to sell you a car with only one key and then steal it if they know where you live.

So, if you buy a used car from the person who used to own it, make sure you get both keys if they have them.

If the keys are the newer type with transponder chips or keyless fobs, get a new one from a dealership and use the VIN number to get the older keys removed from the ignition.

Can you sell a car with one key?

Yes, you can! The dealership won’t mind if you lose one of your spares or want to keep it for sentimental reasons.

But they might try to get a better deal on the price of the car.

You can easily sell a car with just one key if you sell it yourself or through a dealership.

How much do replacement keys cost? 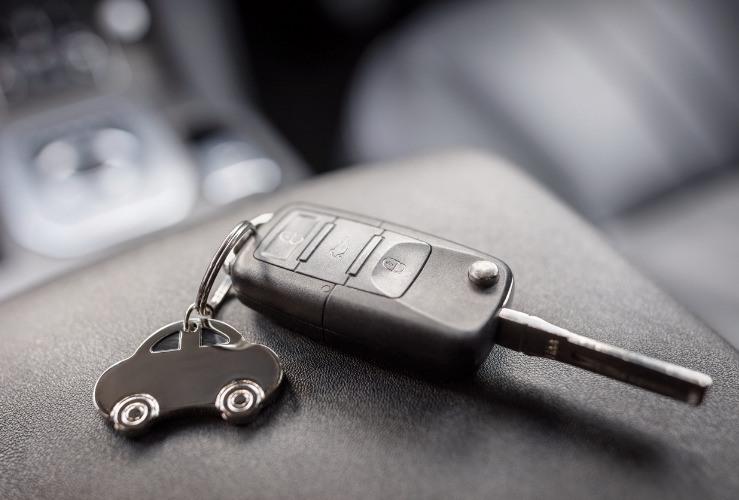 It depends on the type of car and how old the ignition system is. This cost might be very low for very old cars that don’t have any gadgets and just use physical keys to start.

As the car model gets newer, so do the prices of the key and fob that go with it.

Newer security features help keep your car safe, but they also raise the price of the keys and chips that come with it.

There are chips inside transponder keys that send a signal to the ignition. So, if someone tries to start your car with a key that looks like yours, the engine won’t turn over.

This is because that key has never been programmed to work with your car’s ignition, so it won’t help them.

Most of the time, these keys cost more than just mechanical keys. If you get them made at a dealership, they will cost $150 or more. The charges would be different for the fob that comes with it.

Professional locksmiths can also make these keys for you, and they usually charge less.

Locksmiths also have the same machines that dealerships do that let you programme your transponder chip to work with your car’s ignition receiver. This lets you start your car.

How do I program a transponder key

If you have the car’s manual with you, it’s easy to set up your transponder key. If not, you can look up the make and model of your car online and find out how to programme the key.

Some cars can be started by putting both keys that came with the car into the ignition and turning them on for 3 seconds each.

Then, put the third key you got into the ignition and start all over again. In some cases, this should set up your key.

Since they use a completely different way to start cars, these are the most expensive.

Some people call these “smart keys” because they send out random codes that are checked by the computer in the engine. This lets you start the car.

Keyless fobs can only be bought from dealerships or authorised dealers of factory parts. They cost more than $200, and for some luxury cars, they can cost as much as $550–$600.

New cars should come with two keys, and if your dealership only gives you one, you can refuse to buy the car.

Used cars might only have one key because that’s the only key that came with them. This is probably because the previous owner lost the other keys or kept them as a memento.

Use this to your advantage if you’re buying a used car from a dealership. Ask for a discount or for a second key to be made.

When you get a key made, simple keys that only start the car can be very cheap, but the price goes up as you add more and more technology to it.