Reasons The Cruise Control And Speedtronic Are Inoperative Updated 12/2022

With cruise control, you may let off of the gas pedal and let the automobile do the work of moving forward. It’s easier for long-distance drivers to sit back and relax when they’re only responsible for the wheel and the audio system.

So, What Can Cause Problems With Cruise Control And Speedtronic? 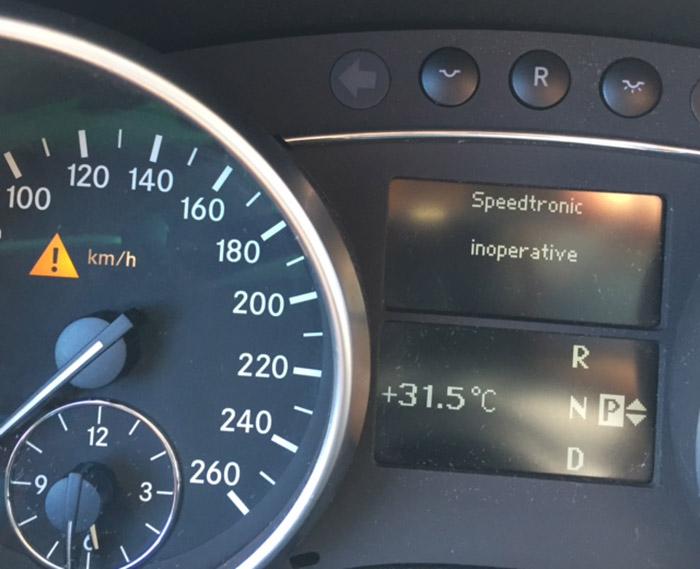 This issue primarily affects Mercedes Benz C300 W204, however other car types and brands can be affected if the system is used. This is where we may place the blame for any problems with the cruise control or speedtronic.

Reasons The Cruise Control And Speedtronic Are Inoperative 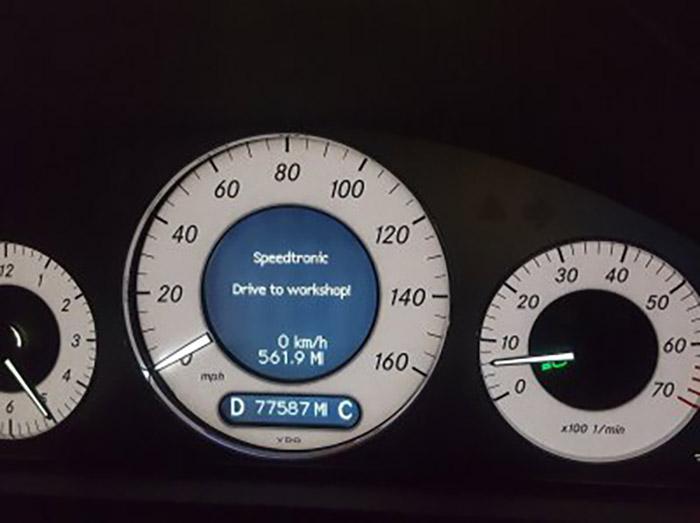 The cruise control will stop working if any of the ABS sensors, which are placed in each wheel, are broken. The electronic stability program (ESP) and the vehicle’s stability control system (VSC) may also be affected. To go back on the road, the ABS sensor may need to be replaced.

The Battery Is Dead Or Low

The ABS light can be triggered by this little gadget located on the steering wheel. A issue with the cruise control is a fault with the ABS, as described above. It is possible to replace the sensors, however there is a simple solution to examine first.

Turn the steering wheel to the left and right while the engine is running. To fix the cruise control issue, you should calibrate the steering sensors.

The Brake Lights Switch Could Be Malfunctioning

To find the problem, you’ll have to do a check on the vehicle because just looking at the lights won’t reveal much.

The Engine Could Have A Misfire

The check engine light will illuminate if there is a problem with the engine. To put the vehicle in “limp mode,” the light must be turned on. Something as simple as a cylinder misfire can trigger it. To prevent further engine damage, the ECU will prevent the driver from using cruise control.

Because of the subjective nature of engine problems, a definitive solution is impossible to provide. After the engine fault is discovered and fixed, the cruise control will return to normal.

Issues With The Ground Connection

Cars that have driven through floods or swamps may have connections that have been damaged by the water or mud. Some of these connections have an impact on the cruise control system in some form or another.

In order to identify the affected areas, a mechanic will do some tests.

The MAF Sensor Could Be Damaged

The check engine and inoperable cruise control lights may come on if the Mass airflow sensor is defective. Test for improvement after repairing the MAF sensors.

Every electronic control system has a built-in fuse to prevent short circuits from occurring. If the one in the cruise control malfunctions, the system will shut off.

It’s possible that a new fuse will be required to resolve this problem.

Vacuum actuators are used to maintain cruise control in older vehicles. The actuator has a few hoses and cables surrounding it. The cruise control will stop operating if any of these components fail.

You may either buy a new actuator or replace the fuses that are blown to fix it.

Can I Drive With A Bad Cruise Control And Speedtronic?

With cruise control and speedtronic active, even the tiniest malfunction can be frustrating. Yes, if the reason of the cruise control warning cannot be stopped, the car will move.

For cruise control to fail, there are various reasons, some significant and others minor. It’s possible to drive the car if the issue isn’t significant enough to render the engine inoperable.

Can Cruise Control And Speedtronic Be Fixed?

Yes, there is a quick remedy you can do before taking your car to the mechanic.

How Much Does It Cost To Fix?

A perfect solution to this problem is not possible because there are numerous causes of cruise control failure, and the repair prices for each of these are different. In the range of $130 to $400, a cruise control or brake switch replacement is a reasonable investment. You could spend up to $750 if the issue is with the actuator.

When traveling long distances, cruise control and speedtronic are two of the most popular conveniences for drivers. They allow them to take a break from driving for long periods of time. Get to an authorized repair shop as soon as possible for further evaluation and possible fixes to the system’s problems.