A few days ago, some spy photos of the CBR1000RR got out. Now we’ll tell you something interesting. Do you want to know what the 2017 Fireblade will sound like? Well, Honda has put out an official teaser that shows the Fireblade’s engine running at full speed. Here, take a look-

People who like sportbikes have been waiting a long time for the new Honda CBR1000RR. Recently, a photographer named Sandro Rubinic got the first sneak peek photo of the 2017 Honda CBR1000RR while it was being tested at the Automotodrom Grobnik circuit in Croatia. 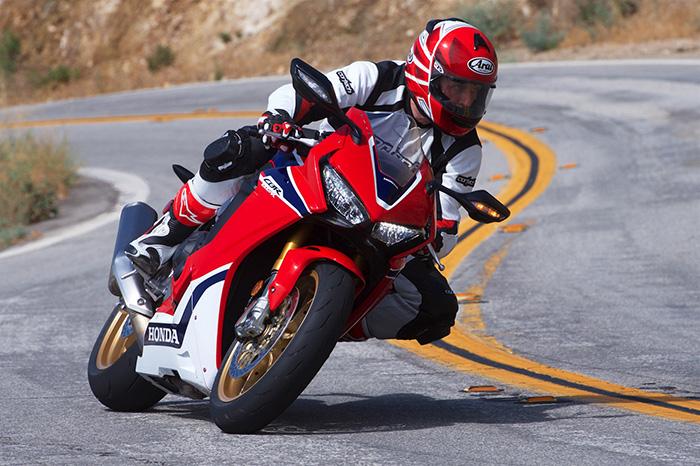 A couple of months ago, the Honda CBR250RR came out of hiding. Its edgy design and electronic gadgets surprised Honda fans. The CBR1000RR that was seen has a similar look. The lines of the CBR600RR can even be seen on the front nose.

Earlier, there were rumours that the new CBR1000RR (Fireblade) would have an engine with four cylinders. But Honda has just said that the 2017 CBR1000RR will still have a 4-cylinder engine. When compared to the latest superbikes like the Yamaha YZF-R1, BMW S1000RR, or Kawasaki ZX-10R, the Honda Fireblade has about 20 bhp less power. The 2017 CBR1000RR should make up for this lack of power.

From the leaked photos, we can tell that even though the 2017 CBR1000RR will be much better than the model it will replace, it will still use most of the same parts. For example, the frame and engine case look a lot like the ones on the Honda CBR1000RR. The current Fireblade, also known as the CBR1000RR, is known for having a riding position that works well on both the track and the road. Now that we’ve seen the spy photo with the same rearsets, we think that the riding position will also be pretty much the same.

The 2017 Fireblade that was seen has a big-looking exhaust can. It’s possible that this was done to meet the strict Euro 4 emission standards. The CBR250RR, which was just released, has a number of electronic aids for riders. Because of this, you can expect its bigger brother, the Fireblade, to be full of electronic systems like traction control, wheelie control, launch assist, ABS, and riding modes.