Is there a benefit to this?

Is there a downside to it?

What distinguishes it from other types of exhaust?

Each of these concerns will be addressed in detail so that you can make an informed decision about whether or not straight piping a vehicle is worthwhile.

What Is A Straight Pipe Exhaust?

Several environmental laws must be met before a car can leave the manufacturer. It is a requirement of the European Union that all cars sold in the United States have particle filters and catalytic converters as part of their standard equipment (also known as cats).They cut pollution, but they also reduce exhaust flow and quiet the exhaust sound.People who appreciate the sound of a roaring car’s engine may choose to buy a new exhaust system, remove the muffler, or anything in between.When it comes to exhaust pipes, a straight pipe is exactly what it sounds like.

Other Types Of Exhaust Systems

The fact that some individuals refer to every muffler deletion as a straight pipe is worth mentioning here. A muffler deletion isn’t technically correct here. Exhaust systems are classified according to the extent to which they have been modified from their factory specifications. A cat-back exhaust, on the other hand, replaces the exhaust that originates at the catalytic converter and continues all the way to the turbocharger’s outlet (if the car has one).

Should You Straight Pipe A Car? 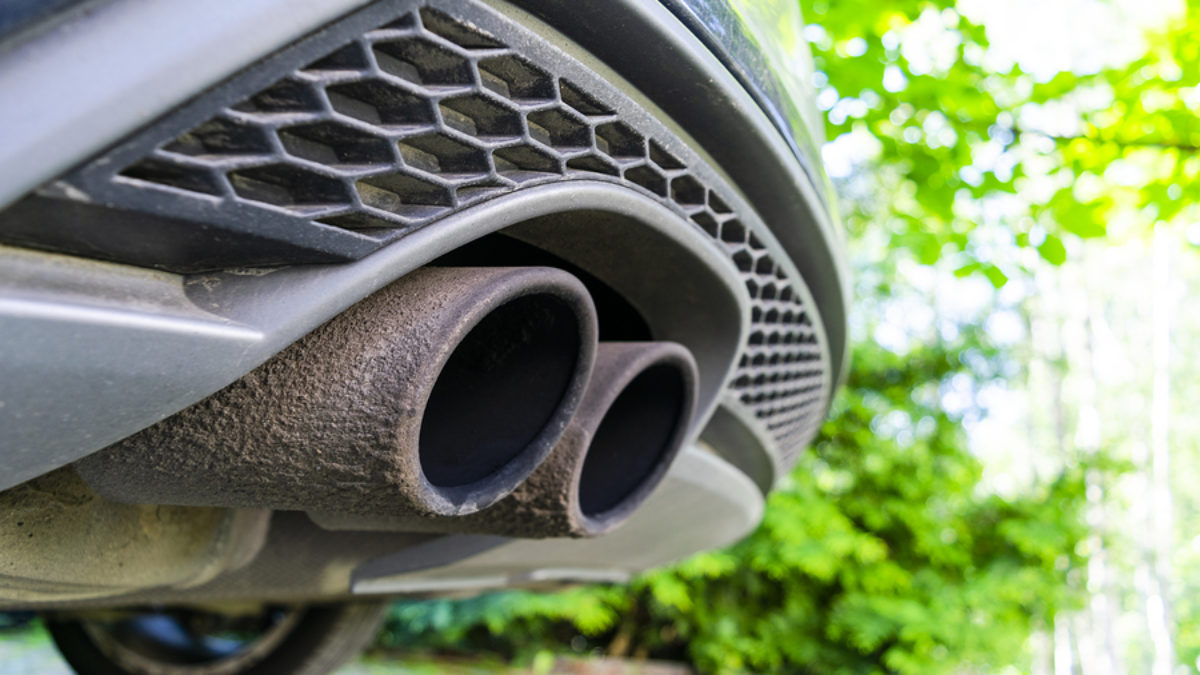 Straight piping a car has both advantages and downsides. In the end, it’s a matter of taste, however most states forbid the use of a straight pipe exhaust.

The sound of a straight-piped automobile is the most common reason for doing so. The sound of a straight piped exhaust system ripping through the traffic is a favorite pastime for some. Another advantage is that the lower backpressure results in an increase in horsepower. Creating a straight pipe is as simple as removing the unnecessary components and welding a straight pipe in their place. This means that straight piping an automobile can cost as little as $100 to $200. When hiring a professional, expect to pay more than that. While some may prefer a specific type of metal or piping from a specific manufacturer, this does not necessitate an increase in the price of the product.

When it comes to straight pipe exhaust, it’s easy to underestimate just how loud it is. The resonator and mufflers might be so noisy that customers end up putting them back on. Driving on the highway can also be a problem because of the constant noise. A drone, or additional vibration in the noisy exhaust, is more likely to be caused by a straight pipe exhaust. Even on short trips, a loud exhaust drone can be distracting and inconvenient.

One more significant drawback is the fact that a straight pipe is banned in the vast majority of the United States. If you do this, you risk being pulled over and being penalized. Even an experienced police officer won’t be able to tell the difference between your straight pipe exhaust and something else. You should be prepared for a traffic stop at some point. Having a catalytic converter does not guarantee that the car will not pollute the environment. If you want your exhaust to be louder, you should think about getting an aftermarket muffler instead of going straight pipe, or at the very least removing parts one at a time. Many states need a muffler in the exhaust system, so be aware of this fact. To avoid breaking the law, which you should, it’s preferable to get high-quality aftermarket components.

TLC Meaning Cars
BMW Oil Dipstick Reading
What Is A Tandem Garage?
How To Break A Car Window With A Hammer