Have you ever hit a bump in the road that shook you more than you expected and made you wonder if your car has struts and shocks? If so, you are not the only one who wants to know what these important parts of your car’s suspension do.

The suspension system of every car is made up of either struts or shocks, or sometimes a mix of the two. But only a strut or a shock is used on each wheel. Most of the time, struts are used on the front wheels and shocks are used on the back wheels.

Most cars have struts instead of shocks. But that doesn’t always happen! Let’s take a closer look at how struts and shocks are used in cars to find out more.

Do All Cars Have Struts and Shocks? 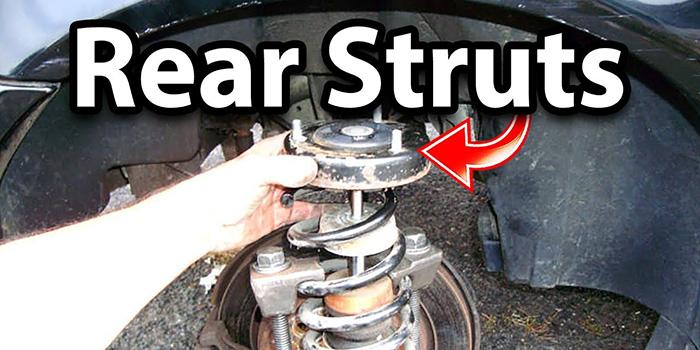 Struts help smooth out the road’s bumps. Still, they do a lot more than that. They are also attached to the steering assembly. And they hold the weight of the car.

Shocks can only deal with bumps. They have nothing to do with the way you steer. And they aren’t part of the frame of the car. So, they are a simpler part in general.

At least one of these two things is in every car, and some use both!

Struts and shocks do the same thing. They’re meant to make the road smoother.

But you can’t switch struts for shocks or shocks for struts.

A strut is a part of the steering system in your car. Because of this, you can change the camber by moving the strut. They will also have a big effect on how your tyres are lined up.

The steering system turns on the struts. They are the centre of it. Most of the time, they also have a set of springs.

Struts are an important part of the suspension of your car. If you took them off, you would fall right down. When we talk about shocks, though, that’s not true.

Shocks help absorb energy from the road, which makes bumps less noticeable. They aren’t made to hold the weight of the car.

A piston is the main part of a shock. Most of the time, these have some kind of gas or liquid in them. When you go over a bump, the piston pushes back against the force. That makes it so you don’t feel as many bumps while driving.

How to Know If Your Car Has Shocks or Struts?

If you look at them, you can tell if they are shocks or struts. Since they are different parts, their designs are also different.

Take a look at yours’ absorber. It’s a strut if it connects directly to the steering assembly. If there is only one bolt, you have a shock.

You can also look for springs that have coils. These are part of a strut that holds weight. Loaded struts have everything they need to do their job. You can see the strut mount at the top. Strut mounts hold the strut to the body of the car.

A strut bumper is also there. These prevent metal-on-metal contact between strut elements.

Coil springs also connect to them near the top. It’s a wire that goes around the strut in a spiral shape. Even shocks have them.

Shocks have a lot of the same parts, but they are not the same. Shocks don’t hold all of the weight of the car. They won’t fit on the part that controls the steering. So, if you notice that, it will surprise you.

Do Most Cars Have Shocks or Struts? 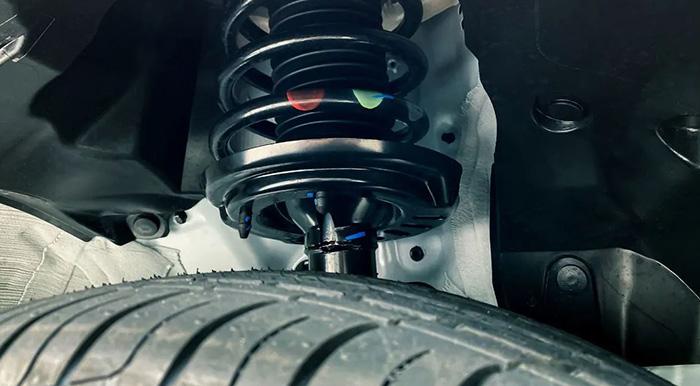 At least one of them is on every car. A lot of them use one on some wheels and the other on the rest.

Most of the time, struts will be on the front wheels. They are a very important part of the steering assembly. In addition, they are part of the suspension system.

Your back wheels might have shocks if they don’t turn. Shocks are made of simple parts, but they do the job. They will smooth out any rough spots in the road.

Most of the time, struts are used more than shocks. So, if you’re putting money on something, you probably have struts. A skilled mechanic, on the other hand, could tell you for sure.

How Many Shocks and Struts Are on a Vehicle?

You’ll have the same number of them as the number of wheels on the car. Most cars have four wheels, so that means you have four of them. Only 2 wheels would be on a motorcycle.

They will be on every wheel. Most of the time, the front has two struts. And the back will have two shocks. But it’s not the same for every car.

Some trucks have four struts. So, there will be 4 struts. But you won’t be surprised in any way.

Most cars have two struts on each of the front wheels. And the back ones will have two shocks. That isn’t always the case, though.

A vehicle could have up to 4 shocks. But, it’s uncommon. Usually, they have at least two struts.

What’s the Difference Between Shocks and Struts?

People often use shocks and struts in place of each other. But they are two completely different parts. The steering assembly of a car is connected to the struts. And they’re meant to hold the weight of the vehicle.

Only the wheel is attached to the shocks. They don’t belong to the steering assembly. And they don’t hold up the weight of the vehicle.

Most of the time, both parts have coil springs to help them handle bumps. But in general, struts are more complicated. In general, they have more parts to them.

The shocks are not a necessary part of the car. Even without them, you could still drive. It would just be pretty rough. You wouldn’t be able to handle any of the road’s bumps. So, if you don’t do anything, your car will just stop.

Struts are important to the way a car works. You won’t be able to move at all without them. You wouldn’t be able to turn your car. And, without anything to hold it up, it would fall to the ground.