When it comes to getting people’s attention, supercars have always been the best. And for good reason! Manufacturers of supercars have always paid close attention to even the smallest details. From the performance on and off the track to the level of comfort, everything about a supercar is made with the best interests of their customers in mind.

Since this is the case, it’s clear why supercars cost so much. But that’s not the only reason why India doesn’t sell many supercars. Price is important, but there are a lot of other things to think about as well, like public image, status, usefulness, and a lot more.

In 2019, Lamborghini India sold 52 cars, as a point of reference. South India brought in 50% of those sales.

In this article from Motoring Junction, we’ll look at why there aren’t many sales of supercars in India and what that means for the industry as a whole. 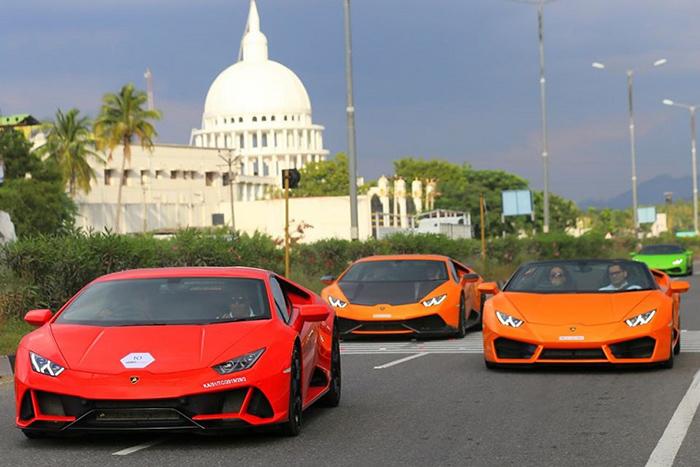 People in India love leather and will almost always choose the backseats of a car to get as much comfort out of it as possible. Indian businessmen also don’t like the idea of sitting in the front row and driving a car at high speeds for two hours on a car that can literally spell death.

They prefer safety, so they buy a classic car and hire a driver to do the job. On the way back home, they enjoy the view of the city. This theory is true to a certain extent, but it may be a bit much to say that people tend to love comfort more than the performance of the car. People would always choose ease of life over trouble.

How you would park a supercar like that is a big question mark. For example, in India, especially in Mumbai, you might have to pay more than one crore just to find a place to park your supercar. That is almost a third of what a supercar would cost on its own. A parking spot at Cuffe Parade costs one crore.

Also, if you try to find a place to park, there’s a good chance that it’s already taken. India is a big country. In terms of land area, it is the eighth largest in the world. However, there isn’t enough space for supercars because they need a lot of care and security when they are being stored. 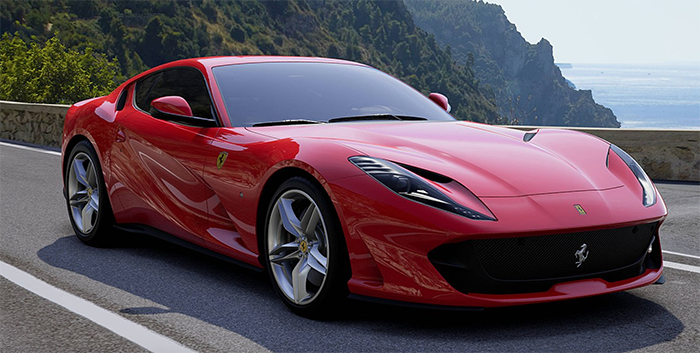 After finding a nice place to park your supercar, let’s say you’re at home. If you take your car out for just one round and park it on the street to get something or go to the movies, imagine what the crowd will do.

So it makes sense that most Indian car spotter videos show that people who own Supercars have their own bodyguards. They keep an eye on the car while it’s parked on the street, and they may also have to manage the crowd. If someone tries to damage his boss’s most valuable possession, it could cost a lot of money to fix it.

This is one of the hardest things for a driver of a supercar to deal with. Just think about all the trouble he has to go through to avoid huge speed bumps. The car has a low ground clearance, which makes it hard to drive.

Speed breakers are like cages that keep supercars from being free birds that can spread their wings and fly. Supercars are made to go fast and get around easily. When driving a supercar, it is very dangerous to be caught off guard by a speed breaker while going fast. On top of that, most speed breakers aren’t marked well, so it’s hard to see them from a distance. Many people who own supercars use services like flatbeds to move them from their garages to the roads, where they can then be driven.

A magnet to the public

People will notice you like nothing else if you drive a supercar down the street. If people in India see a supercar, they might stop what they are doing and watch or even take pictures of it until it is gone.

This is true for more than just supercars. The same problems happen to bikes as well. One of our Bollywood stars had this happen to them (who shall remain unnamed). He said that whenever he went for a ride on his Harley, people always wanted to race him. He had to go so far as to sell that bike because of this.

These are India’s best sports cars.

Attention from the neighborhood

In India, it’s not hard to get a normal car without letting anyone know what you’re up to. But getting a car worth INR 5 crore is like telling everyone in the neighbourhood (or even the whole city) that you’re up to something big. People in your area are very interested in this. This can also include people who want to rip someone off or steal from them. Don’t forget about your family.

Relatives are always ready to tell you things you don’t need to know, like where to invest, why you shouldn’t spend so much on a car, and where to put your money instead. Even though this is a silly reason, people still don’t want to own a supercar.

Most Famous People Who Made Cars

We can all agree, as Indians, that a big trunk is more important than a big two-seater, at least for most people. Most people in India would rather have a sedan or even an SUV than a weekend-only “toy.” It just seems like a better idea, since India is a developing country whose needs must be met before money can be spent on toys.

Indians also have a lot of trouble with roads. Almost every road in India has a speed break, except for national highways and expressways. And if that’s not the problem, the roads themselves are not well kept or built.

With the power that supercars have, they should be able to reach the red line on their dashboards, but in cities it’s hard to even drive in second gear. This is one reason why you shouldn’t buy a supercar. The cars are known for how fast they are, but if you can’t drive them on public roads, what’s the point?

Most of these supercar owners made their money on their own, and it takes time to get to that level. About 40 years old is the average age of a self-made billionaire. No one wants to buy a fancy car that is best for a 20-year-old after that age. Not only that, but Supercars can be very uncomfortable because of their hard suspension and small cabins.

From a practical point of view, no one would want to waste their hard-earned money on things like supercars, which are hard to drive in India. So many Indian billionaires don’t drive supercars because they are old and worry about safety. A 40-year-old would look better in a Maybach than in an Aventador.

Even if you have a normal car, driving in India is not easy. On the road, there are all kinds of cars: Pedal Rickshaw, Electric Rickshaw, Cars, Motorcycles, Scooters, Bicycles, Trucks, Buses, Auto Rickshaws, Horse Cart, Bullock Cart, Pedestrians, you get the idea…

And don’t forget the people who walk across the street while looking at their phones.

Image and PR of the company

There are always ups and downs in business, but imagine that your company’s stock goes up and you get an Audi R8 out of the blue. It could hurt the company’s reputation and public relations.

When the son of a very famous person was driving a car, the media asked him how the car was paid for. This made it so he couldn’t drive it safely, which led to a crash.

Every rich person hates having to pay taxes. And when it comes to Completely Built-Up (CBU) cars imported into India, it makes a huge hole in the owner’s pocketbook.

Taxes are what make cars like Lamborghinis and Ferrari cost between 4 and 5 crores. Almost twice as much as the same car would cost in the U.S. But the price of a Maybach or BMW is much lower when it is made locally. So think carefully about whether you want to buy an imported car or a car made in your own country. Learn the hidden numbers because they can make the difference between paying too much for a car and getting a good deal. In the US, a basic supercar will cost over Rs 3 Crores on the road.

Because there is so much back-end technology and support available at any time, the cost of maintenance will be higher than you might think. Some companies don’t have the right mechanics to work on these cars, so they would have to bring in experts from outside the country to fix the problem, which would cost a lot of money.

Some supercars don’t even have proper service centres in some parts of India, which makes it very hard for supercar owners to keep their cars in good shape. So always remember that you can’t buy a supercar if you worry about how much it will cost to fix.

When we talk about supercars, one of the most important things that comes to mind is who can handle a high-end powerhouse that can almost empty itself with the push of a button? And who is able to control that kind of speed? Even if you are skilled, are you ready to handle whatever the Indian road throws at you?

When travelling in a supercar, people’s lives are literally at risk because you never know how you might lose control of a 700 horsepower engine. It only takes a tiny amount of time to kill someone.

If you hurt these supercars in any way, you should be ready to pay for it. These fixes can literally cost as much as a seven-figure check. Even small mistakes, like a short circuit in the wiring, will cost you a lot of money. Even if you have the money to fix something, it will be hard to find a replacement part in India. Most likely, it will have to be brought in, so be ready to wait a few months.

These are just a few of the reasons why there are so few sales of supercars in India. Of course, if more could be done to encourage local production of parts and even whole cars, then maybe our views would change.

When people in India buy a supercar, they think a lot about how useful it will be. The launch of the Lamborghini Urus in 2019 was a big success for the company, as they got 50 reservations for it. There was a wait of 6–8 months, which was a shame.

We hope this article was helpful to you. If so, we’d love it if you checked out Motoring Junction, a blog that has everything you need to know about cars.