Does having an SUV mean that you can’t have the same fun as with a convertible car? Are there any SUVs that can be opened up? Yes, there are, and we’ve helped you find them.

Even though it might not make sense, there are SUVs that can be opened up. The Land Rover Evoque, the Jeep Wrangler, the Nissan Murano CrossCabriolet, and the Mercedes-Maybach G650 Landaulet were some of these models.

If you haven’t seen these cars before, you might not be used to the idea of a convertible SUV, but these give you the best of both worlds with a convertible top and a lot of space for passengers and cargo.

So, keep reading if you want to learn more about these SUVs with convertible tops.

Are There Convertible SUVs?

Well, these aren’t as common as convertible cars, but if you want to drive a convertible vehicle that also has enough space for what you need, you have four choices.

So, not only are there convertible SUVs, but you also have a few options to choose from!

This lets you take a lot of things with you on a trip and still feel like you’re in the open air when you’re on the road.

Some older models are no longer made, so we don’t count these as choices. But you might be able to find older SUVs that aren’t in the best condition. (One model that comes to mind is the Ford Bronco, which Ford has promised to bring back into production!)

Instead, we’ll focus on the models that have stayed popular because they were made in the last few years and have newer technology and extra features.

Without further ado, here are the four convertible SUVs on our list! 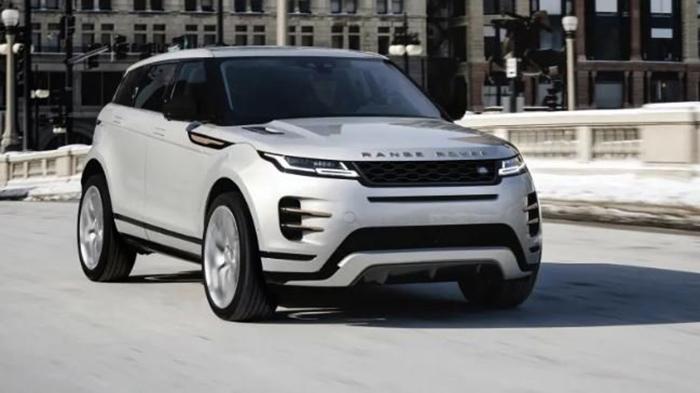 This three-door option is luxurious and stylish. It has a classic soft-top convertible roof that you can pull back and let the wind blow through your hair.

There are four seats, so you can bring three friends with you.

But, like most convertible cars, this SUV has half the trunk space when the top is down. This will force you to bring fewer things with you when you go away for the weekend or for the day.

This model of the Evoque has a third door that was turned into a tailgate. This gives it a sportier look and makes it look more like a traditional convertible sports car than a boxy SUV.

This SUV looks great and can go off-road like the original model because it has red and black seats that look like sports seats and a sleek body. 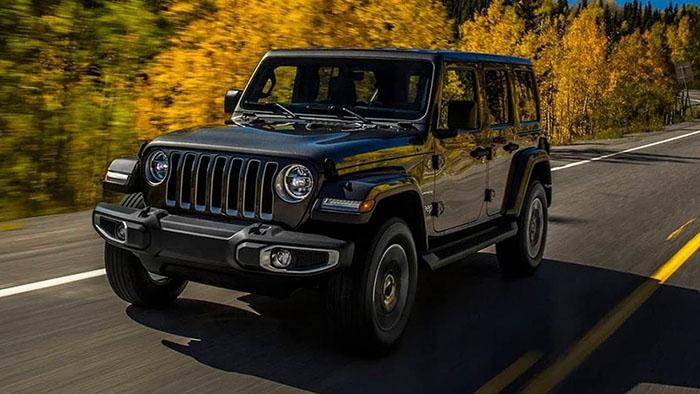 The Jeep Wrangler is an option for a vehicle that can go off-road and looks just as good on city streets. This choice also has safety features that make you feel better about going to the most dangerous places.

There is a rollover frame on top of the SUV, which could be a turnoff for people who want nothing above them.

But in true Jeep style, the doors of this SUV can be taken off so that it doesn’t feel like you’re in a closed vehicle at all. This is great for going to the beach by cruising down the coast.

You can also choose an eco-friendly engine with this model, which is a 3.0 L EcoDiesel engine. This lets you drive more efficiently while still giving you the feeling of being out in the open air.

This is a great choice for people who like to go on adventures or who need to pull something. Check out this article from FourWheelTrends.com to learn more about how the Wrangler can be used to pull things. 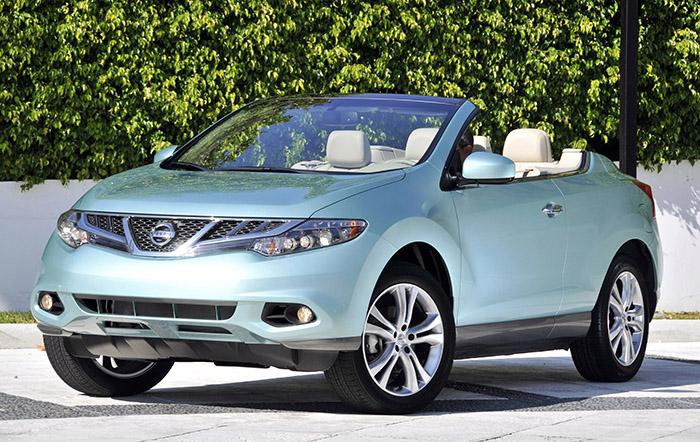 The CrossCabriolet name comes from the fact that the Nissan Murano is both a crossover and a convertible in one body. The Murano looks like a typical Nissan, but it has a soft top that can be folded up and put in the trunk to make it look like a classic convertible.

The vehicle has smooth curves and slopes that make it look more like a sports car than an SUV and give it a luxury feel as you drive it. When the roof is all the way off, you won’t be able to look out the back window. This might take a while to get used to.

Also, because it has a soft-top roof, the back window isn’t as big when the roof is up as it is when it is down. This can make it hard to see out the back window while driving. If your current car has a lot of visibility, it may take some time to get used to.

People say that driving on the freeway is very smooth, so this is a good choice for people who want a car that can handle rough terrain and city driving without being too rough.

One of the only problems with this model is that the vehicle only has two doors.

Instead of having four doors, the doors were made longer to make room for this. This can be seen as a problem because it could make it harder to get in and out of the car in tight places.

This could be frustrating for drivers who want to go to the beach every weekend because parking is limited at many of them. 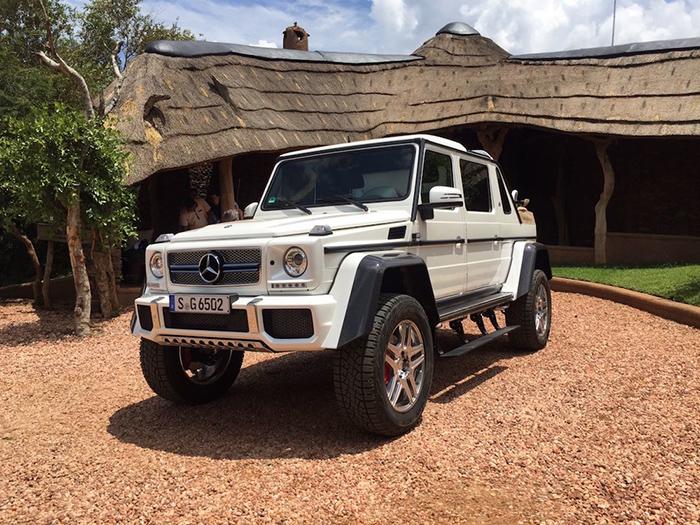 Now, you don’t usually think of an SUV when you hear the names Mercedes or Maybach. You probably thought about a luxury Mercedes or a sports Maybach driving down a wide street, like in the ads.

Well, don’t be fooled by the name—this SUV is made to be just as luxurious as both of these brands are.

Even though this car is a convertible, the roof doesn’t go back like some of the others. However, this gives the people in the backseat the feeling that they are in a convertible.

The backseat has unlimited headroom, a good amount of space for a smaller car, and fold-out trays so you can eat or work while watching the flatscreen TV on the console in front of you.

The leather interior also has a classic black-and-cream colour scheme that makes it look expensive and royal. The price of this model, on the other hand, might be too high for the average American.

Only one has been brought to the US. It belongs to a well-known rapper and costs in the hundreds of thousands of dollars. But because Mercedes and Maybach worked together to make this model, you can be sure that it will have the smoothest ride and most comfortable interior.

So, even though some people can’t afford it, this convertible SUV is worth the price if you can get it.

Also, the outside looks more like a Jeep than an SUV like the Murano, giving it a bit of a rugged look that makes you want to go off-roading even though it’s a luxury car. So, don’t be afraid to drive this SUV anywhere you’d drive any other SUV.

Just make sure you don’t scratch it!

Benefits of a Convertible

These are just a few things to think about, but they should get you started.

When the roof goes all the way back, you will have a lot of headroom, which will make it easier to move around.

This is also good for taller people who might feel squished if the hood is all the way up.

With a convertible, you can drive with the top down and feel the cool breeze. This probably won’t make you want to turn on your air conditioner right away.

This will save you money on gas and help the environment by making you use the air conditioner less.

If you live in a moderate climate where winters are mild, you will more often than not find yourself without a roof.

Without a fixed roof, you not only have more room to stand up, but you also have more space to carry things.

The extra space in the back of a convertible SUV can come in handy sometimes, whether it’s for a tall box or a surfboard.

This is the same as a truck leaving its tailgate down when it needs a few extra feet of space.

All of these SUVs have a partially or fully convertible roof, which makes you feel like you’re in a sports car without having to buy one.

With four options you may not have seen before, you are likely to find one that makes you think a convertible SUV is a better idea. Well, if you were wondering, “Are there SUVs with tops that come off?” you now know the answer is yes.

Whether you know what to look for or just want to see what they look like, you can come back to this article and look at these options again to see which ones you like.