You’ve probably seen an SUV before and thought it looked a little bit like a truck. Well, have you ever thought about whether or not an SUV is a truck?

An SUV is kind of a mix between a truck and a van. It has the cargo space of a truck and the seating space of a van, but it is built more like a truck. So, do SUVs count as trucks, and if so, why?

Since an SUV is its own vehicle, it is not technically a truck. However, because it is built on a truck chassis, it could be considered a truck for licence plates. When you put truck plates on your SUV, it becomes more like a truck than any other vehicle because it is built the same way.

Are you still not sure? Well, if you keep reading, we’ll talk about all the ways an SUV is like a truck and why it’s often thought of as a type of truck. 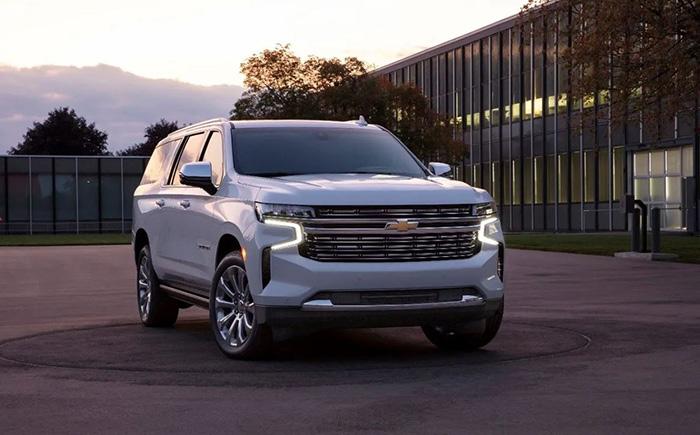 SUVs are kind of like a mix between trucks and vans. It’s called a “sports utility vehicle” because it has space inside for sports gear, like a pick-up truck’s bed, but it also has seats like a van for many people.

This is why they are also called vehicles for more than one person. SUVs have been around since the 1930s, but they didn’t get their name until the 1980s.

These cars are great for families because there is a lot of room for bags, gear, and other things. They are also a great choice for people who travel a lot and need space for their luggage and camping or hiking gear.

SUVs are also known for being able to go off-road better than smaller cars, which means they can be driven on rough terrain.

What Are the Differences Between an SUV and a Truck

Even though these two cars are similar, they are also very different in some important ways. How these vehicles are used is a big part of what makes them different.

For example, a truck has a bed in the back that can be used to haul lumber or scrap metal. This is why they are often used in construction, landscaping, and plumbing. A truck, on the other hand, doesn’t have the same seats as other cars.

Most trucks come with two comfortable seats in the front, but if there is a back seat, it is usually very small and can only fit two adults with little leg room. Or, if you have small children, you might be able to fit three of them in the back seat.

But even though an SUV has a lot of room for cargo, it’s not as much as a truck. SUVs have a big trunk and a lot of space inside, but they don’t have a truck bed for carrying big things. It does, however, have a lot more seats. Usually, it has three rows that can hold nine or ten people at once.

One more difference between the two types of vehicles is that a truck is made to pull heavier loads and is expected to be used more often for that purpose. Whether or not they are used for work, they are often the best choice when you need to pull a boat or trailer.

It’s not always assumed that an SUV will be towing trailers or other cars often, so sometimes an SUV’s towing capacity is a little less than that of a pick-up truck. As a passenger vehicle, it is made to hold more people and not necessarily made to pull a lot of weight behind it, even if it can.

Also, a truck can be taken off-roading because its centre of gravity is different. This is much more dangerous in an SUV because it is more likely to roll over.

SUVs are not as balanced as other vehicles because of their shape and how their weight is distributed. This changes the centre of gravity and how well the car can stay on all four wheels in a crash.

If you are off-roading in an SUV and hit a big bump that shakes the car and throws off its centre of gravity, you are much more likely to flip over than if you were in a truck. This is an important safety issue, especially for big SUVs.

Trucks are made to handle rough terrain, and their lower centre of gravity keeps them from tipping over even on very uneven ground. Most SUVs don’t have heavy-duty tyres that can handle this terrain like trucks do.

Similarities Between SUVs and Truck 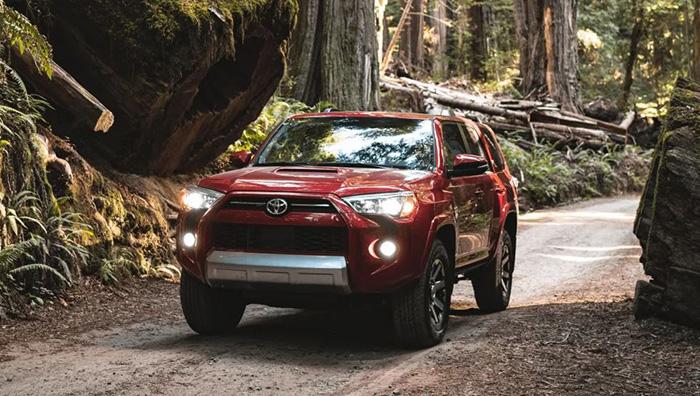 The fact that they are both made with a truck chassis is the thing that they have in common the most. A vehicle’s weight and the amount it can pull behind it depend a lot on its chassis, which is made up of the frame and other major parts.

Automobiles and smaller SUVs don’t have a truck chassis. Instead, they have a frame that is much smaller and lighter. This means that they can’t pull as much and get more miles per gallon. The heavy-duty frame of a truck means that vehicles with a truck chassis have to get truck licence plates.

This makes them different from smaller SUVs, which have more than half of their interior space set aside for seats.

But if your SUV has a truck chassis and only has room for half as many people as seats, you need to register it as a truck and not as an SUV. (If you want to know more about this, you can read our article about it here.)

Because an SUV usually has a truck chassis, which is heavier than a sedan frame, it usually weighs about the same as a truck.

When you drive, this makes it harder to get good gas mileage because the extra weight makes your engine work harder to speed up and move the car at a higher speed.

This means that your SUV gets about the same gas mileage as a truck. Both get about the same number of miles per gallon, but that depends on whether you’re driving in the city or on the highway. This makes both cars less fuel-efficient.

Because of how heavy the vehicle is and how much it can pull, it is hard to find a big car that gets good gas mileage. But this could change in the future if hybrid cars become more popular.

When you look at the front of an SUV and a truck, you will notice that the shape of the two vehicles is pretty similar. The square shape and width are a lot like those of most SUVs and trucks, which affects both the weight and the way the vehicle moves through the air.

The fuel efficiency of a car is affected by its aerodynamics. A car with less wind resistance uses less gas because the engine doesn’t have to work as hard to move the car. But if your car isn’t made to be aerodynamic, like an SUV or truck, your gas mileage will be much worse.

This shape also makes both cars look similar, which can be a selling point for people who want a passenger car that doesn’t look like a minivan. The big size and boxy shape give it a tougher look than other options, which is why many families choose it.

The grills on the front of the car add to this effect because they often look like the ones on pick-up trucks and not like the smaller ones on sedans and small cars.

Even though we said the towing capacity was a difference, it is also something that makes them more alike than different.

This is because SUVs are built on a truck chassis, which lets them tow more weight than smaller cars.

This is as close as you can get to a truck’s towing capacity, so we included it as a similarity because it could be another reason why someone would buy an SUV instead of another car.

SUVs and pick-up trucks are not exactly the same, but they are very similar in many ways. If you’re still not sure if an SUV is a truck, consider that if your vehicle has a truck chassis, it will need truck plates because it is more like a truck than other vehicles.

But there are many other ways in which the two cars are the same. For multiple reasons, an SUV can be thought of as a truck because it has the same chassis, the same towing capacity, and the same weight and fuel efficiency as a truck.

Even though they are a different kind of vehicle, for now they are called trucks because there is no other category for them on licence plates.