If one portion of your engine isn’t functioning well, it can have an impact on the entire system, just as it can with your body. Your engine’s knock sensor is a critical component that helps it perform smoothly. Your car can have a variety of issues if this sensor isn’t working properly.

You’ll notice poor acceleration and a rough engine idle if you have a defective knock sensor, but you’ll also notice damage to the fuel and catalyst systems.

In this essay, we’ll go over five warning signs of a malfunctioning knock sensor!

What Is a Car Knock Sensor? 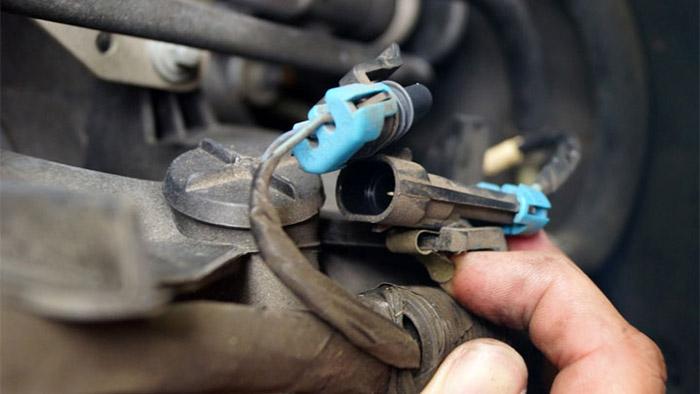 Piezoelectric technology is used in the design of a knock sensor, or a contactless knock detection system. Electricity is generated when pressure is applied to specific materials, such as quartz and certain ceramic materials, resulting in the generation of electricity.

As soon as you start your car’s engine, it goes through a series of phases (four stroke cycle).

At exactly 90 degrees after all four cycles of crankshaft rotations, the air and fuel mixture ignites and generates an explosion in each cylinder.

This is where the sound of a knocking is heard.

When the piston comes into contact with a hot area in the chamber and ignites an uncontrolled burn, knocking noises are created. To put it another way, the typical course of events during combustion does not regulate it. Uncontrolled ignition, the theory goes, damages the engine over time, eventually causing it to break down.

So, what’s the big deal about these little thumps?

For starters, if you want a calm trip, they can be extremely inconvenient. Knocking is mainly caused by low octane fuel or damaged spark plugs.

Once your cylinders are ablaze, your car’s electrical system is disturbed, which causes the ECU (engine control unit) to increase the amount of fuel in your mixture.

As a result, your automobile may sound like it’s “pinging” or “knocking” when you’re driving at fast speeds.

These sensors typically use piezoelectric components that generate electric signals between 10 and 150 mV depending on parameters such as temperature and pressure.

In order for the ECU to accurately read these voltage levels, a knock sensor has a signal conditioner that amplifies them.

If your car has difficulty accelerating at higher speeds after lengthy use, you should check the knock sensors’ output with an oscilloscope equipment to see if they are working properly.

The heat has fried them and there is little you can do about it if they are not giving off any indications. Your ECU is most likely defective if they are working properly.

Check out this video for an explanation of how the knock sensor works if you’re experiencing issues with it or can’t seem to locate it under the hood of your car: 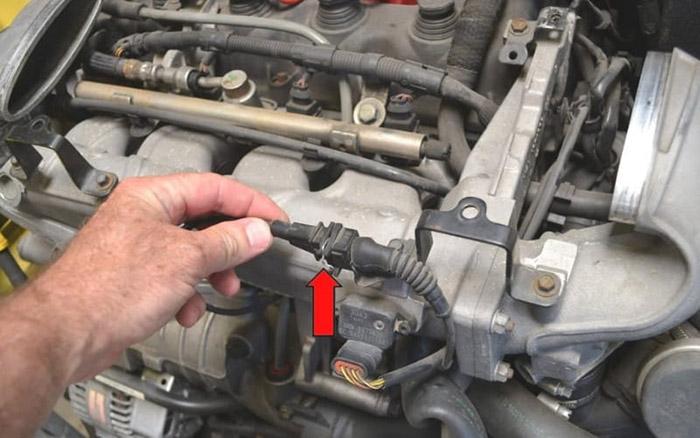 It’s a terrible sign if your engine is misfiring if you hear a knock sensor or ABS noise. It reduces performance and emissions, as well as possible catalyst damage and a raised and harsh idle, and it may also cause damage to the engine’s exhaust system.

The following are signs of a faulty knock sensor:

This is a symptom that you are aware of. It’s as though the engine is about to seize up or just quit working altogether. One should avoid it at all costs, as it is quite unpleasant.

Also experienced when driving, albeit considerably less so than the previous symptom. In low gear, the drivability will be severely impacted due to the loss of power.

Your car’s check engine light is a sign that a bad knock sensor code is stored in the computer memory and is causing an ignition misfire. As long as the light is on and there are no codes, a bad knock sensor may be lurking inside the distributor housing and not being recognized because it hasn’t yet set a bad misfire code. Symptoms may still be there.

This code and its symptoms could have additional reasons, but we’ll save those for a different day. One or both knock sensors may be replaced in less than an hour, and it’s a simple task that requires no special tools. On some versions, getting to either sensor may be the most difficult aspect.

When you get at the petrol station, you’ll see this indication in your wallet. When cruising around town or using only part of the throttle, the automobile will use a lot more fuel than usual. Low power and choppy idle are likely to be the culprits if you see this.

HC (hydrocarbons) emissions and reduced MPG can both be caused by a damaged catalyst from a defective knock sensor. Hydrocarbons emitted into the environment by a malfunctioning or underperforming engine are not entirely burned.

A catalytic converter will collapse if it’s done too frequently or for a long period of time. It’s a big no-no for our environment.

What Problems Can A Bad Knock Sensor Cause?

Many issues can arise from a defective knock sensor. The first red flag is a negative result from an emissions test. Even if you’ve corrected all of the engine’s internal issues, the fuel mixture won’t pass if the car is running rich. Second, you’ll notice higher concentrations of HC in your exhaust once the catalytic converter has completed its job.

Carbon monoxide levels are also increased due to an inappropriate air/fuel mixture that doesn’t burn entirely due to a defective knock sensor.

There is a good chance that if one or both knock sensors fail, there will be no obvious symptoms; however, this does not mean that you should wait until they start malfunctioning to replace them.

Replacing A Bad Knock Sensor On Some Vehicles 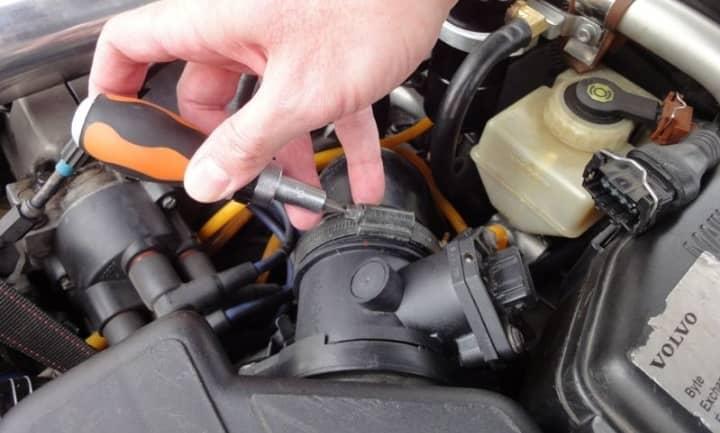 On most DIS and electronic ignition automobiles, you just remove the old sensor and push in the new knock sensor. This is a simple procedure.

The malfunctioning sensor may be held in place by a retaining bracket that can either be removed or twisted out of the way. Then screw the new one into place with a wrench or socket until it’s secure, using anti-seize if necessary.

Nissan can see how badly your car is misfiring at any given time by connecting a knock sensor wire from the engine to the back of the dashboard on most cars with distributor ignition.

Before removing or replacing this wire, make sure it’s unplugged from the connector beneath your dash and then reconnect it.

To remove the sensor, you will need to disconnect the wire from its connection under your dashboard. There will be two wires for each knock sensor on most autos with distributor ignition.

One is for the sensor’s heater element, while the other is for the signal (if equipped). These are typically connected to the ECU by plugging one end of each wire into the other (engine control unit).

When installing and reconnecting them, be sure to leave them disconnected at all times. You can use the electrical connector in the photo above to connect to an old-style oxygen sensor connector when replacing your car’s dashboard doesn’t have a knock sensor wiring harness hole.

One thing to keep in mind is that the knock sensors may be next to each other on some models, hence only one is shown in the images below. No matter how many sensors you have, you’ll need to remove both of their wires from their connections under the dashboard before removing or replacing them.

What Causes A Knock Sensor To Malfunction?

Some of the most prevalent causes of a knock sensor malfunction are:

Can You Drive With A Bad Knock Sensor?

You can still drive with a defective knock sensor, but your performance and power will suffer, and your emissions will rise as a result. If possible, have the knock sensor replaced prior to long-term drive.

Can I Disconnect The Knock Sensor?

Disconnecting the knock sensor is not recommended. A disconnected air/fuel mixture could cause your car to run too rich or too lean if it is unable to adjust. Poor performance, engine damage and increased emissions might result from this.

Replace your knock sensors if you’re having any of the following issues!

An incorrectly functioning knock sensor can cause serious issues. Low power and harsh idling are among the most significant causes of vehicle failures. If you’re having any of the following issues, you may need to replace your knock sensors.

In most cases, replacing a distributor or electronic ignition is a simple task, but in some cases, it may be more complicated. Before removing or replacing the knock sensor’s wiring harness, be sure to unplug it.

Your car’s performance may be suffering because of a malfunctioning knock sensor. Check with a professional if you don’t know how to accomplish it on your own.