As a result of continuing to drive it at a high temperature, it most likely stopped working. But it’s not your fault because you either didn’t know your engine was overheating or you had no concept of the implications of overheating.

There’s no denying that engine compartment components like rubber and plastic can be seriously damaged when the engine gets too hot.

Overheating can also cause other problems for your car, which we’ll cover in this post. 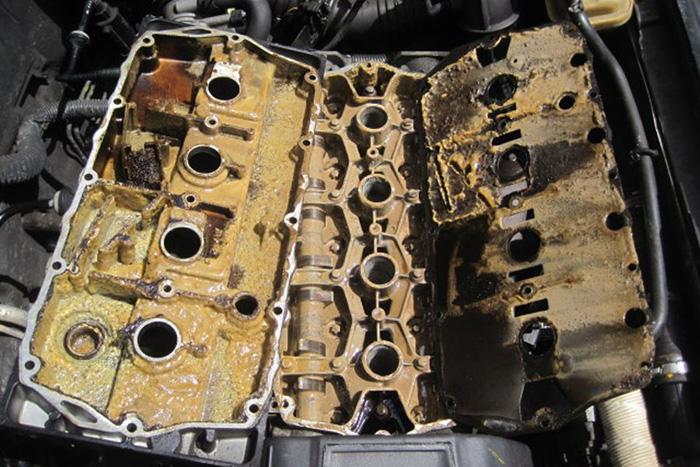 Overheating, according to several automakers, is one of the fastest scenarios that can lead to a vehicle’s demise.

If you continue to drive a hot automobile, you should make ready to trade it in and purchase a new one because the one you’re now driving will be totaled soon.

Engine overheating can create a variety of problems, including the following:

It’s also likely that the warping of the cylinder will cause oil leaks, burst gaskets and other issues. In addition, this will lead to more engine bay fires, as oil could flow into hot metals in the engine bay.

Regardless, your engine’s performance would suffer if the cylinders were bent, as this would cause a reduction in pressure and output. Overheating can have a variety of consequences, one of which is a warped cylinder.

Overheating is a common cause of engine block cracks. As a result of the engine block’s tendency to expand and contract when it gets too hot, cracks and serious oil leaks might develop.

Repairing the engine block would be prohibitively expensive. As a result, the repair would take a long time to implement. You may have no choice but to acquire a new engine or a new car in some cases.

Your car’s head gasket will be severely damaged by the overheating engine’s excess heat. To repair a blown head gasket costs a lot of money, thus it’s important to keep it intact.

There are a lot of things that can go wrong if the head gasket fails because it sits between the engine block and the cylinder.

This includes oil leaks, coolant leaks, and white exhaust smoke. A blown gasket would be costly and time-consuming to fix, just like the engine block.

Yes, the exhaust can be damaged by excessive heat. A large amount of hot gases will be released through the exhaust pipe when the engine overheats, and this can cause considerable damage to the manifold and the catalytic converter if it continues for a long period.

If you want to avoid overheating, the greatest advice/practice is to avoid it. Despite the fact that overheating is virtually always inevitable, there are ways to prevent it.

Excessive heat is bad for your car, in general. The coolant liquid or antifreeze should always be checked before driving a vehicle. A wide range of components can be harmed by overheating, from welds to sensors to seals to electrical cables to conveyor belts to pumps.

Overheating damage is not covered by insurance coverage, so you must take precautions to avoid incurring large repair bills.

New 2018 BMW X5 Unveiled More Capable Than Ever
Should I Sell My Car To Carmax The Answer
How To Remove Carbon Buildup In Intake Manifold
What’s The Difference Orange Antifreeze?