If you’re looking for a new house, you might be worried about where to park your cars. We know that having a safe place to park your car is a top priority, no matter if you have a classic car or just a regular family car.

I like having a garage because it means I never have to walk in the rain or snow to get into my truck at home.

If you’ve heard the term “tandem garage” but don’t know what it means, you might be wondering how it’s different from a regular garage. That’s something we can help you with. 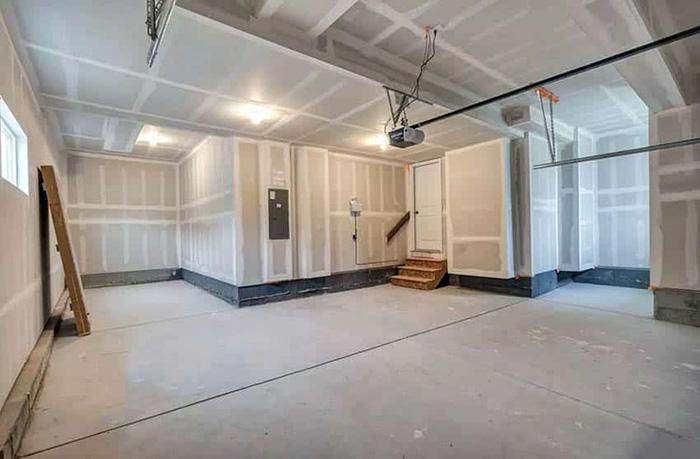 Even though you may not have heard much about this word in the past, it is often used to talk about bicycles and kayaks.

But sometimes you’ll see it with the word garage.

When two things are in tandem, they are set up one in front of the other.

So, if you have a tandem garage, it means you have a garage that can fit two cars. They are set up so that one is in front of the other.

This is probably easiest to picture as a long, skinny garage. Most of the time, a tandem garage doesn’t have enough room for two cars to be parked side by side.

Instead, the first car drives all the way into the garage, and then the second car parks right behind it.

A tandem garage is sometimes used by people who only have one car, but that car pulls a trailer.

Since the word tandem means “two,” it’s easy to think that a tandem garage and a double garage are the same thing.

In terms of how many cars you can store in each, they are technically the same, but sometimes they are not.

What makes a tandem garage unique is that sometimes builders will make one that can fit four cars instead of the usual two.

The main difference between a tandem garage and a double garage is that only one car can drive through the door at the same time in a tandem garage. There is one clear exception to this rule, which you can see in the picture above: a 4-car tandem garage has two doors. 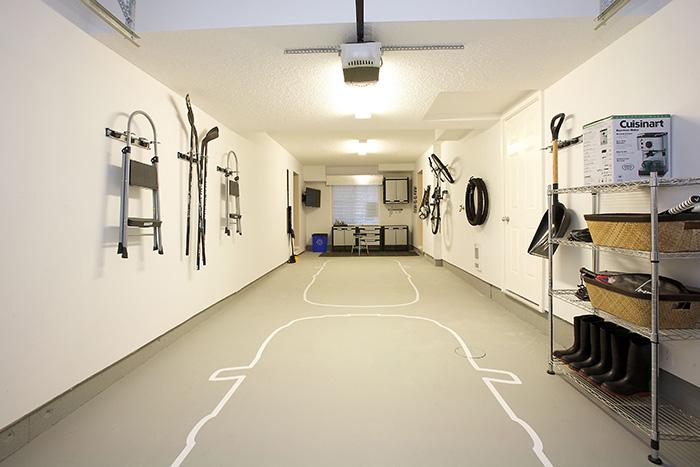 The nice thing about a tandem two-car garage is that it’s not much wider than a typical single-car garage.

What’s different is the length of the tandem garage. How long is a tandem garage? The answer is that it is as long as a normal two-car garage is wide.

What about a garage for three cars?

The length of a tandem garage that fits three cars stays the same, but the width is now the same as a regular two-car garage. And the side with room for the third car is only as deep as a regular garage.

And a four-car tandem garage is the size of two cars in every way: width, depth, length, etc. It’s the biggest tandem garage you’ll find in a home.

Advantages Of A Tandem Garage

A tandem garage is a nice feature of some homes because it takes up a lot less space on the lot than a regular garage. This is great if you live in a pricey part of the country or if the lots where you want to live are small.

Another benefit of a tandem garage is that you don’t need as much driveway space. This will save you money on driveway paving costs. In the winter, you’ll have less snow to shovel.

A two-car tandem garage looks better and has more curb appeal because it only has one door.

When a homeowner wants to sell their home, a tandem garage can make it worth more because it gives them more parking space than their neighbours may have.

Disadvantages Of A Tandem Garage

The fact that the cars in a tandem garage are lined up nose-to-nose is an obvious drawback. This means that you can’t move the car in the back of the garage until you’ve moved the car in the front.

As you can see, this problem is more of a hassle than anything else (though some people think a tandem garage is bad for this reason). When you have a tandem garage, you just have to plan ahead.

If you want to build a house with one of these types of garages, another possible downside is that they can’t be built in all places. So, to find out if you can have a tandem garage or not, you’ll have to look at the zoning laws and building codes in your area.

Boston To Acadia National Park
Can A Bad Catalytic Converter Ruin Your Engine?
Do Fuel Injected Cars Have Spark Plugs
Is A Dodge Charger A Sports Car