One of the best things about the 2018 Auto Expo was the Tata H5X. Tata has now given it the name Tata Harrier. Tata Harrier will come out in the first quarter of 2019, the company has said (January- March 2019).

Tata also has a website for the Harrier SUV where teaser pictures and videos can be seen. The OMEGA platform is what the Tata Harrier SUV is built on ( Optimal Modular Efficient Global Advanced Architecture). The platform for this car was taken from the Land Rover Discovery and changed. With all of the new technology, the Harrier will be Tata’s most capable SUV. Soon, Jeep Compass Trailhawk will be available.

The design of the Tata Harrier is unlike anything we have seen from Tata before. It is based on the Tata Impact Design 2.0, which was explained at the Auto Expo by the company’s chief designer. Tata says that the production version of the Harrier will look and have parts that are 85% like the H5X concept. 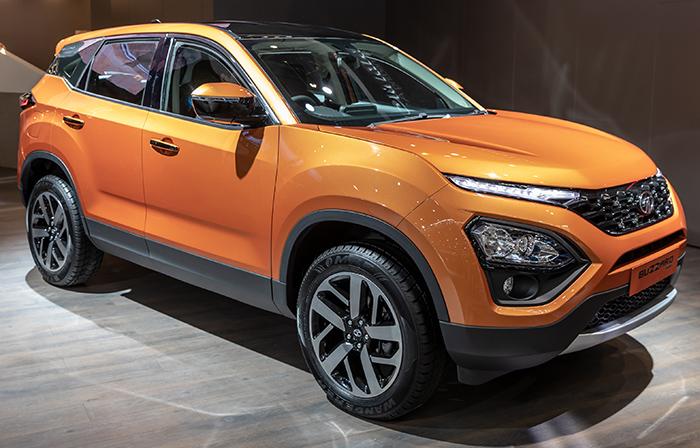 Tata also hopes that the inside design of the Harrier will set a new standard for the company. Since the Harrier is based on the Land Rover platform, it will have most of the same features. The video gives you a better idea of what to expect.

The diesel engine for the Tata Harrier will come from Fiat. The Jeep Compass is also driven by this 2.0-liter engine. When it comes to power, this engine will be available for the Tata Harrier in two different tunes. Harrier will get a 140 PS engine upgrade for the 5-seater version and a 170 PS engine upgrade for the 7-seater version. Both a new manual gearbox and an automatic gearbox will be connected to the engine. You can get either a 2WD or 4WD powertrain with either transmission.

Tata’s new website, Harrier.Tatamotors.com, gives more information about the next Harrier. One can find out more about the specs and sign up to get updates sent directly to their email or phone. Tata Harrier will go up against cars like the Jeep Compass and the Hyundai Tucson when it comes out next year.