Now that you’ve bought your Tesla, you can’t wait to take it for a spin. But it needs to be charged before it can do that!

Even though this is usually a simple process, there are times when your Tesla’s charge port won’t open as it should. If this happens, you won’t be able to give your car the power it needs.

If you want to know why this is happening and how to fix it, here are seven common causes and what to do to get your car charged and back on the road!

If you live in a place where it never gets below freezing, it’s likely that the charge port on your Tesla will never stop working.

But if you live in a place where winters are usually very cold, you might not be able to open your charge port because it is too cold.

Several Tesla Model 3 owners have reported this problem. They have had problems with the charge ports not opening, the windows getting stuck, and the door handles freezing shut.

In some cases, owners said that the charge port’s latch froze shut in temperatures below freezing, making it nearly impossible for them to take the charging cable out of the car.

To fix this issue, Tesla has put out a software update that you and other Model 3 owners can use when preheating your car through the mobile app.

Once mobile preconditioning is set to HI, according to Tesla, the car’s climate system will be better able to defrost the charge port in colder climates.

But it may be easier to say than to do.

Some owners have said that this part of the car may be harder to heat than expected because the charge port is on the outside of the car and at trunk level.

If you have had problems with the charge port freezing when the temperature drops below freezing, time will tell if this fixes the problem or not.

2. The Lock Pin is Stuck 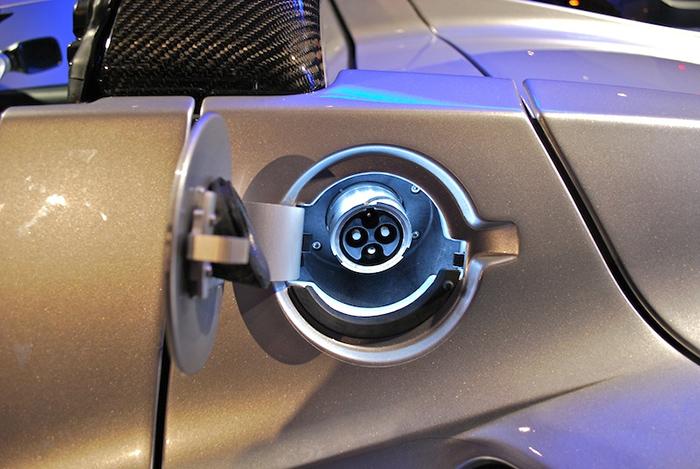 If your Tesla’s charge port won’t open, the problem could be a stuck lock pin.

But at first, you won’t notice this because your Tesla will sound fine and everything will look like it’s working fine.

When you try to open the door to the charge port, you’ll hear different things clicking and turning, making you think everything is fine. But if nothing happens and the port for charging is still closed, you’ll know it’s time to look into it.

When you do this, you’ll find that the lock pin is stuck and a blue flashing light means the port can’t be opened. The safest way to solve this problem is to take your Tesla to a service centre.

If you’re in a bind and need to charge your Tesla right away, a small flathead screwdriver might come in handy.

But if you don’t need to charge your Tesla right away, it would be smart to take it to a service centre.

We don’t think you’ve paid much attention to this, but the top corner of your charge port has a metal piece that’s very important for making sure it opens easily every time.

It is called the “trapezoidal metal insert,” and it can sometimes get loose from its corner.

If this happens, don’t expect your charging port to be open right away.

If the trapezoidal metal piece that goes into your charge port is missing, there is a do-it-yourself fix you can try that may solve the problem temporarily.

If you have a washer or another metal part that looks a lot like the metal insert in your charge port, you can put it in the top corner of your charge port with double-sided tape.

But there is a risk involved in taking this path.

For example, the tape might not stick, which would make the washer fall out of the top corner.

If this happens, not only will the charge port door lock on you again, but the washer could get stuck somewhere else in the charging area of your Tesla, which could cause serious damage to the electrical system of your car.

We think that unless you really need to charge your Tesla right away, you shouldn’t make a simple repair for a Tesla technician into something that could cost you hundreds or thousands of dollars. Take it to a service centre instead. 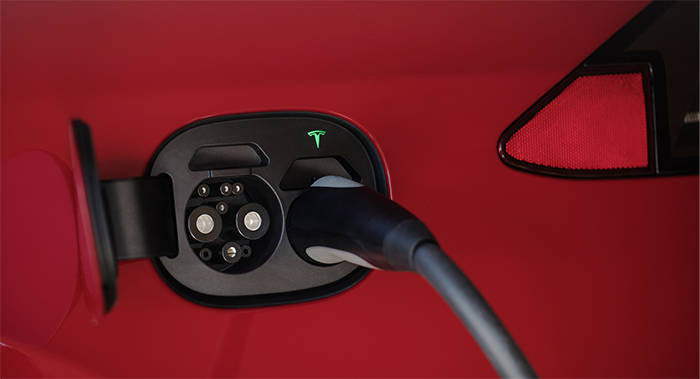 Even though Tesla cars have high-tech features, they are really just computers on wheels.

We all know that computers sometimes go wrong, and your Tesla may be no different.

Since almost all of your car’s functions are controlled by software, a problem in this area could mean that your charge port won’t open.

This does happen sometimes, but the good news is that it’s much easier to fix than some of the other problems we’ve talked about.

Check the dashboard of your Tesla to see if the software is up to date if you think there might be a problem with the software.

If it isn’t, you should see a message that says so and asks if you want to get the latest news.

By doing this, your problems with the charge port should be fixed much faster than you thought.

Even though your Tesla’s charge port is controlled by software, it is also a motorised part of the car. This means that it still needs a motor to open. If your charge port won’t open, it could be because the motor in your charging port is broken.

If this happens to you, you can try a few things that have worked for other owners in the past.

First, you might be able to open your charge port door by putting a little bit of pressure in the middle.

You should be able to open the port door by pressing and letting go of the button several times in a row.

If this doesn’t work, you might be able to open the port door with your key fob. To do this, you will need to put a little bit of pressure on the hinge side of the port door instead of the middle of the door.

By doing this a few times, you should be able to open the port door, charge your vehicle, and leave.

If you’ve ever had trouble opening the door to your Tesla’s charge port, you might have used a screwdriver or other tools or parts to do it.

But while you thought everything was fine, you may have broken the charge port door…

So, when it’s time to give your Tesla a boost, you find that the door won’t open. If you think this is what happened, stop trying to fix your own car.

Instead, drive your Tesla to a nearby service centre and leave it in the hands of a skilled service technician.

Even though your Tesla was designed and made by experts, that doesn’t mean a mistake can’t happen every now and then. If you have trouble opening the charge port door on your Tesla too often, it could be because of a manufacturing flaw that needs to be fixed at a service centre.

But before you come to this conclusion, it would be best to try everything else first. For example, make sure that your Tesla has all of the software updates that the company recommends.

Also, think about whether or not you’ve tried to fix the door yourself recently or in the past. This could be the problem.

If you think about these options and are sure that the problems with the charge port door are not your fault, you should take your Tesla to a service centre and have a service technician give it a full checkup.

If other Tesla owners have had this problem, the technician will know about it and know how to fix it.

Even if you don’t know why your charge port door won’t open, it’s good to know that you can fix it.

Whether it’s because of a software update, a part that needs to be replaced, or something else, it’s likely that your Tesla’s charge port door problems will soon be over.

Does Costco Sell Car Batteries
How Much Engine Rebuild Cost
How Do You Replace A Valve Cap?
Is a Truck Technically a Car?