As electric cars become more popular around the world, more and more people are opting for Teslas.

But, as with most electric cars, the question of how quickly and easily it can be charged always comes up.

If you want to know if you can charge a Tesla at a charging station that isn’t made by Tesla, we have the information you need.

If you need to charge your Tesla, you can use the Tesla adapter cables to do so at any charging station for electric cars. Tesla Supercharger stations can only charge Tesla cars, so they can’t be used to charge other electric cars.

When Tesla cars first came out, one of the best ways for the company to market itself was to talk about its exclusive network of charging stations. This meant that Tesla drivers would never have to worry about their cars running out of power.

But we also know that there may be times when there is no Tesla charging station nearby.

No matter what the weather is like, Tesla has you covered.

How Long Does it Take to Charge a Tesla at a Non-Tesla Station? 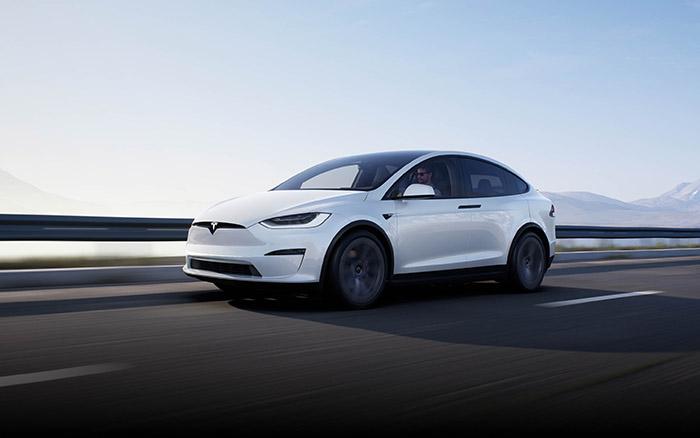 If you have one question, it’s probably how long it takes to charge a Tesla at a station that isn’t made by Tesla. To answer this question, you need to know a little bit about how electric vehicles can be charged at different levels.

When you do a Level 3 charge at a Supercharger station, on the other hand, it can take as little as 15 minutes to get your Tesla back on the road and give it a 200-mile range.

When you use a station that isn’t made by Tesla, the time it takes to charge is somewhere in the middle.

Using a third-party charging station, also called a “Level 2 AC” station, will usually take between 8 and 12 hours to get the same amount of charge as a Supercharger station.

Because the difference is so big, we suggest that you always use the Tesla app or your car’s built-in trip planner to find the closest Supercharger stations.

When you use the trip planner, you can find out not only where the closest Supercharger station is, but also how many stalls are available and how much power they are putting out at the moment.

We like that the Tesla planner is set up so that it automatically takes you from one Supercharger to the next on your way to your final destination.

Tesla also has a network of places called “Destination Charging.”

There are more than 4,500 of these, and you can find them at many of the most popular restaurants, hotels, resorts, and other places around the world.

Can You Charge a Tesla at Electrify America?

Electrify America is probably something you’ve heard of if you know anything about electric cars.

A company owns more than 600 charging stations all over the United States. Together, these stations have almost 3,000 charging spots.

If you are out of range of a Supercharger station but close to an Electrify America charging station, you can pull in and give your Tesla a boost of energy.

But your Tesla won’t charge as quickly as it would at a Supercharger station, and you’ll need an adapter.

The adapter, which is called a “CHAdeMO adapter,” costs about $400 and can be bought on the Tesla website.

You can get an adapter made by a third party for less money, but we don’t recommend it.

Since it won’t have a Tesla-approved warranty, you risk damaging your Tesla if the adapter isn’t good enough.

How Will I Know How Long to Charge My Tesla? 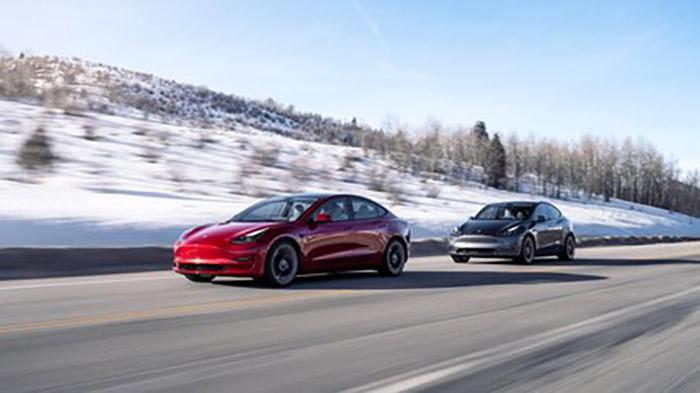 Since charging times can vary depending on whether you use a Supercharger station or a third-party station, we have a tip to help you figure out how long you will need to charge your Tesla before you start your trip.

With Tesla’s Go Anywhere tool, you can plan your next road trips and feel safe while you’re on the road.

By telling Go Anywhere how your car is set up and where your trip will begin and end, it can give you the fastest route, point out Supercharger stations along the way, and even tell you how long it will take to charge your car.

Is Charging Electric Cars Getting Easier?

You might think it’s hard to charge an electric car like a Tesla, but it’s much easier than you think, and it’s only going to get easier in the years to come.

When you think about it, it makes sense that if all gas-powered cars can fill up at any gas station, the same should be true for electric cars and charging stations.

But cars on the market today have different kinds of plugs, and some charging stations are only made to work with certain brands of cars.

Later this year, Tesla is expected to set up its Supercharger stations so that they can work with other brands of electric vehicles. This will set the stage for what we hope will be a game-changer in getting people to buy electric cars instead of gas-powered cars.

In the electric vehicle business, it’s all about coming up with new ideas and getting the word out.

When we see how far Tesla has come and how it has helped other car companies, we know that the best is yet to come for you and your electric vehicle.

Car Losing Power When Accelerating
Nissan Leaf Vs Toyota Prius
What Are The Best Silver Spark Plugs ?
Reasons Why Steering Wheel Lock Up