Sunroofs are very desirable in any vehicle, and the ultra-stylish and widely popular Teslas on the market today have an astounding array of new technology and modern amenities that may have you wondering if the Tesla Model 3 has one as well?

The panoramic (movable) sunroof of the Tesla Model S from 2012 is missing from the Model 3. 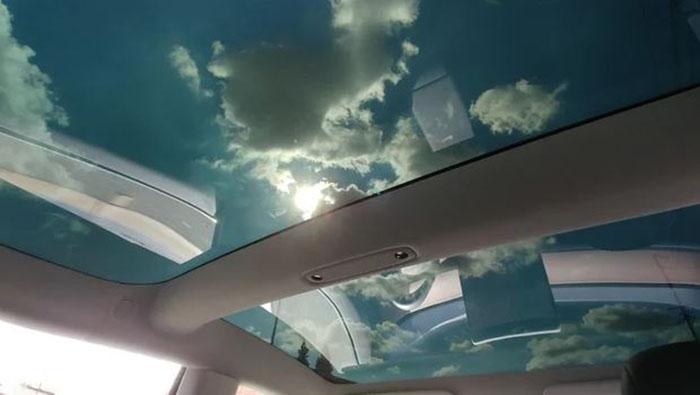 The Tesla 3 does not have a sunroof, as previously announced. But what are the advantages and disadvantages of the various roof options? Keep reading to learn about some of the most typical problems people have had with panoramic and glass roofs.

In 2012, the panoramic sunroof on the Tesla Model S could be controlled by the touchscreen or steering wheel, depending on the vehicle model you possessed.

While a small windscreen was deployed in front of the vehicle to cut drag, it could open from a little amount to a fully open position. All sunroofs have some inherent flaws and drawbacks that can’t be avoided.

As of 2016, Tesla’s Glass Roof option was available alongside its aluminum and panoramic roof options.

Panoramic roofs necessitated special housing for the motor and railings that enabled them to function; this allowed the doors to be wider and improved the vehicle’s height and headroom, therefore the Glass Roof was introduced with somewhat less headroom and was a surprise to some.

The sunroof is no longer an option for the Tesla Model 3 because it no longer has a panoramic top. For the cabin, they’ve decided to use two different panels, one of which is tinted and polarized to defend against both infrared and UV light, rather than using one large panel.

The lack of a traditional roof on the Tesla Model 3 astonished many individuals, who were concerned about the possible safety implications of a glass roof.

High strength steel has been deliberately positioned in the vehicle’s structure, and it got the highest ratings in roof safety when tested and can even hold more than 20, 000 lbs of force on the roof!

As a result of the battery being installed low, the vehicle is less likely to roll over in the event of a significant collision, and the roof would function similarly to a traditional windshield if this were to happen. 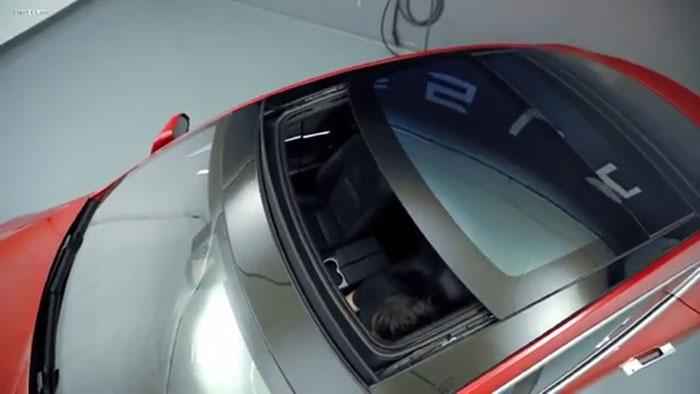 Even while retractable sunroofs look like a nice addition to any car, you won’t miss the hundreds of dollars it can take to replace a sunroof and realign the tracks, or even suffer with water leaking into the cabin if the seals dry out.

Despite the fact that the glass roof of the Tesla Model 3 has less issues than prior models, there have been some complaints from owners that have left them feeling less than satisfied.

Stress cracks on the glass might form over time, and Tesla may not cover this under warranty, leaving you out of cash.

However, many Hybrid owners are steering clear from vehicles with an all-glass top because several have reported their roofs breaking with no apparent cause.

There’s also a problem with heat. The infrared radiation that produces heat is not blocked by the UV light filtering tint, therefore many owners are afraid that it may become an issue during the hotter months.

In the end, some Tesla glass roofs appear to have become orange from water collection, which you can assume is a common occurrence in the weather, morning dew, or even merely in a vehicle wash due to water condensation.

Protective layers on the glass roof, particularly the one that has an orange/red color to help keep your car’s inside cool, are responsible for the orange tinge.

You may think that your Tesla’s Glass roof is dirty, but it’s actually a completely common feature.

Does The Tesla Model 3 Have a Moonroof? 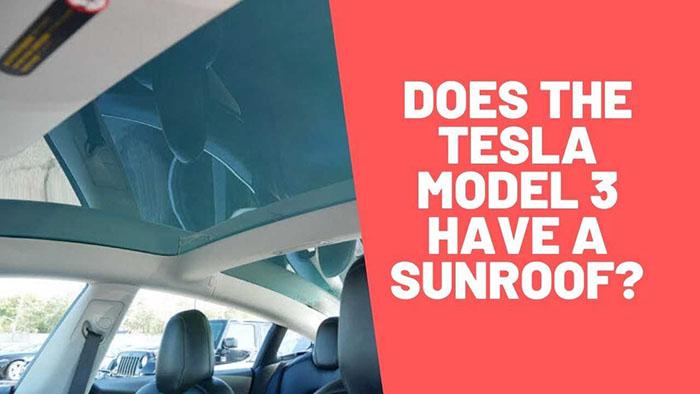 When it comes to your Tesla model, there are a lot of terms that can be perplexing, such as sunroof, panoramic roof, and glass roof.

There is a sunroof on Tesla’s Model S, which is called the Panoramic Sunroof since it can be opened and closed.

A sunroof can be raised or slanted, as contrast to a moonroof, which is a transparent and immobile panel on a car. Model 3 will not have a panoramic sunroof because Tesla ceased making their moveable sunroof in 2018.

How long can a Tesla Model 3 drive on one charge?

Model 3’s battery is the smallest in the Tesla lineup, but it still offers a range of 267 miles on a single charge. One charge of the Long Range Model S can get the driver 375 kilometers on one charge.

Can you charge a Tesla while driving?

When you coast or brake downhill in your Tesla, the electric motors transform into generators that use the motion of the car to generate power and charge your vehicle. This is not possible while driving.

With a number of options to choose from, Tesla’s whole line of hybrid vehicles offers some of the most cutting-edge technological advancements ever seen in a hybrid vehicle.

A panoramic roof and a glass roof are still available options for the Model 3 despite the fact that the sunroof is no longer an option.