Whether you drive a standard car or an electric car like a Tesla, you probably think all tyres are pretty much the same.

After all, how different could a Tesla tyre really be from any other kind?

But Tesla seems to make different parts for almost every part of their cars, so what if their tyres are also different? If so, how do Tesla Tires differ from other tyres?

The tyres on a Tesla are made to handle the high torque of its electric engine and keep the driver as safe as possible. Because of these things, Tesla tyres are always radial tyres with thicker sidewalls and the best rubber to make them last longer. This makes them better than many other tyres on the market.

Here are some things you should know about how Tesla tyres are different and how that affects how you drive the car.

What Kinds of Tires Does Tesla Use? 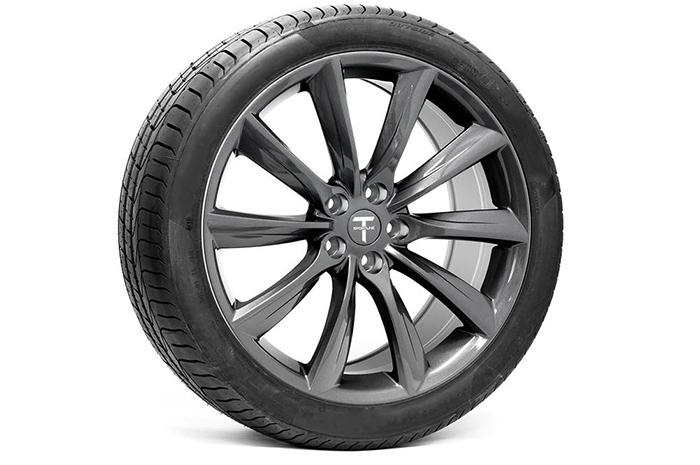 In reality, Tesla uses tyres that are mostly the same as those on gas-powered cars. The company does make a few changes along the way, though.

First of all, when deciding which tyres to put on its different models, Tesla usually picks the best premium version of each tyre.

Depending on which tyre is chosen, Tesla may not have to make any changes to the tyre at all, even if it wasn’t made for the Tesla in the first place.

Instead, Tesla will look at a tyre and decide if it works well with the instant torque of a Tesla car.

If you’re wondering why this is important, it’s because the instant torque of a Tesla and other electric cars means that their tyres tend to wear out faster than tyres on regular cars.

Lastly, Tesla cars never have bias-ply tyres. Instead, they always have radial tyres.

Tires on these cars wear out faster, so Tesla tyres have thicker sidewalls and rubber that lasts a long time.

Why are Tesla Tires Different?

When Tesla cars are made, they are made with parts and technology that are made to last. This includes the tyres.

But if electric vehicle owners have one complaint about their cars, it’s that the tyres tend to wear out much faster than those on regular cars.

As was already said, a lot of this has to do with a Tesla’s instant torque. No matter what kind of electric car you have, you can use all of its torque right away.

So, when you speed up and take off in your car, you put a lot more power and strain on its tyres.

In some cases, drivers wear out their tyres faster because they accelerate too quickly.

When this happens, the rubber on the surface of the tyre is literally shaved off, which makes the tyres wear out much faster.

Some Tesla cars have tyres that wear out faster than they should because regeneration puts a lot of pressure on the tyres.

Can I Put Any Tires on a Tesla?

In theory, as long as a tyre fits your Tesla, you could have any kind of tyre put on it. But there are a lot of reasons why you shouldn’t use this strategy.

First, Tesla makes sure that its tyres are of a much higher quality than those you would find in a store or auto shop near you.

Since the company chooses only the best versions of standard tyres and then tweaks them to meet company standards, you’ll usually get a high-quality tyre that will perform better on the road in the long run.

Compared to the cheap tyres that many drivers put on their cars, Tesla tyres have been shown to have better stopping power, anti-slip properties, puncture resistance, pressure retention, and grip than most standard tyres.

If you live in a place where you drive a lot in the winter, your car will need all of these things to keep it from sliding on snow and ice.

Last but not least, if you only use Tesla tyres on your car, you’ll save money, which is good for your wallet.

Even though the special tyres cost more, you won’t save any money by getting cheap tyres that wear out quickly and could cause your Tesla to handle badly or have other problems.

How Long Do Tesla Tires Last?

After wondering if Tesla tyres are different and if there really is a difference between Tesla tyres and regular tyres, the main question on your mind is how long Tesla tyres last once the rubber hits the road.

In some ways, the answer may leave you with a few more questions.

Tesla says that the tyres that come on cars when they leave the factory should last 30,000 miles.

Still, many Tesla owners say their tyres are still in great shape after 40,000 miles or more.

Depending on how you drive, your Tesla tyres should last between 20,000 and 40,000 miles on average.

If you want your tyres to last as long as possible, you should drive most of the time on well-paved roads that don’t have much dirt or gravel.

Also, you’ll need to be self-controlled and accelerate your Tesla slowly because the instant torque and regeneration put extra stress on the tyres.

If you don’t do this, your front tyres will probably wear out much faster than your back tyres.

If this happens, you may have to buy a whole new set of tyres because you won’t be able to rotate the old ones in a way that keeps you safe on the road.

To take the best care of your tyres, stick to the maintenance schedule that Tesla suggests and have your tyres rotated every 6,250 miles.

Also, if the depth of the tread on your tyres is 2/32 of an inch or less, you should rotate them or buy new ones.

Are There Disadvantages to Tesla Tires?

Even though there aren’t many, Tesla tyres could have a few problems.

The most common one is for people who own Teslas with all-wheel drive but live in places where they mostly drive on dirt and gravel roads. In these situations, there may not be many tyres to choose from.

Also, like many regular sedans on the road today, Tesla’s cars don’t have tyres that can be driven on even when they are flat.

Even though Tesla tyres are well-made and hard to puncture, you can’t be sure that you won’t get a blowout because of something strange.

For cars with “flat-run” tyres, the tyres are made so that you can still drive on a flat tyre long enough to get to a safe place while keeping control of your car and not damaging the rim.

If you get a flat tyre on your Tesla, the only thing you can do is pull over, call roadside assistance, and wait to be towed.

Doesn’t My Tesla have a Spare Tire?

Almost all cars, both standard and electric, no longer have spare tyres. They have gone the way of the dinosaurs and died out.

Standard cars used to come with a full-size spare tyre and then the popular “donut” spare tyre. However, most automakers got rid of the spare tyre as a way to save money and because tyres today can handle most punctures.

If you want to drive your Tesla with more peace of mind, the company’s website has a tyre inflator kit and a repair kit. It will cost you about $75 and let you fix your tyre just enough to get to a service shop.

Since you will be paying close attention to the other aspects of your Tesla, it makes sense to do the same with your tires.

Along with keeping you safe on the road, you’ll also save money and feel more confident when behind the wheel.