Wheels that are jammed in place can make changing a tire even more frustrating. Changing a tire is an arduous and time-consuming procedure. For car drivers, this is a thorny issue, and it may be unpleasant as well. As a result, you are well-versed in the process of correcting it. So, what can you do if your tire won’t budge? Wear safety gear and ask for help from an experienced mechanic if you’re not sure what to do. To free a locked wheel, try driving slowly while dislodging the nuts, using a rust sealant, kicking with your foot, or chiseling with wood and a large hammer.

Although the lug nuts have been removed, the wheel may still need to be taken out before it is safe to do so. The causes of this are numerous, but none are life-threatening. Once in a while it’s good to know that your tire isn’t going flying off. The experience is worthwhile since you’ll know what to do if it happens again. There are a number of ways to remove a tire from a vehicle if you’re experiencing difficulty. Here’s a step-by-step guide on how to fix the problem.

What Does It Mean When Your Tire Won’t Come Off?

A heavy layer of rust that has built up over time is the most common cause. Rust can form a thick layer of glue between a wheel’s mounting surface and the hub, which can hold the wheel in place.

Rust may form on your aluminum alloy wheels and hubs if you drive in areas with snow and road salt. These corrosive substances bind your wheel to the hub, making it nearly impossible to replace a bald tire. Aluminum and steel wheels are both susceptible to this issue, which can develop over time in any climate.

How Do You Remove A Tire That Won’t Come Off?

The following are a few basic pointers for unsticking a stuck wheel. Wear safety gear and ask for help from an experienced mechanic if you’re not sure what to do. Remove a wheel by following these instructions: 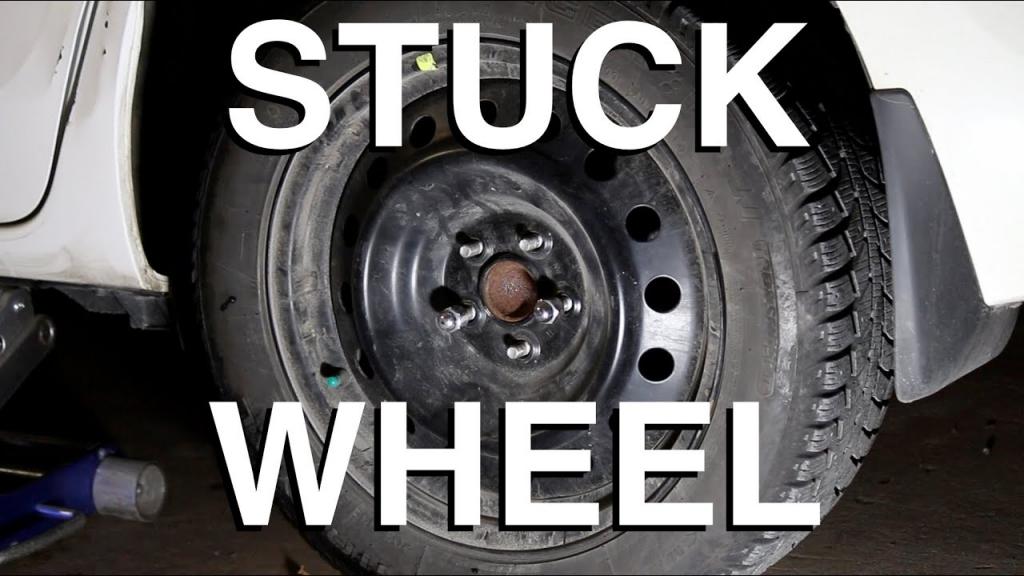 Drive Slowly And Dislodge The Nuts

Remove the wheel nut washers, but do not completely remove them if you are close to a service station or a garage. Simply lower the vehicle and move it forward or backward by a few feet as opposed to the conventional method.

Because the wheel has loosened, you should be able to remove it. Make sure the nuts aren’t loose enough to fall off while driving, and slow down to avoid accidents.

Use And Spray A Rust Sealant

Having aluminum alloys or steel wheels increases the likelihood of hub corrosion. Use a rust-removal lubricant to free up the wheel. In the procedure, remove the wheel cap and first spray the wheel studs. Lubricants such as PB Blazer or Liquid Wrench can be used to get things moving again.

Kick With Your Foot

After jacking up the vehicle, remove all but one of the wheel bolts or nuts. While the tire is suspended in the air, strike it with your foot. Make sure the jack stands are holding up your vehicle. Re-kick the wheel after it has been rotated.

You should be able to remove the wheel after unscrewing the final bolt if you exert steady effort.

Wood And A Big Chisel

Make sure the jack is stable enough to hold the car up. Place a piece of 2X4 lumber in the gap between the rim and the tire.

Get a hammer and get under the vehicle. Using a hammer, slam the wood against the wheel and tire. This will allow you to carefully remove the wheel from the hub after it has been freed. If your jack stands fail, the automobile will fall on top of you and kill you immediately. Using the hammer necessitates that you be physically fit.

Why Is It So Hard To Get My Tire Off?

Because alloy wheels are lighter than conventional ones, manufacturers are able to meet more stringent fuel economy standards with today’s vehicles.

When two dissimilar metals come into touch, corrosion takes place. All automobiles with alloy rims are concerned about it. 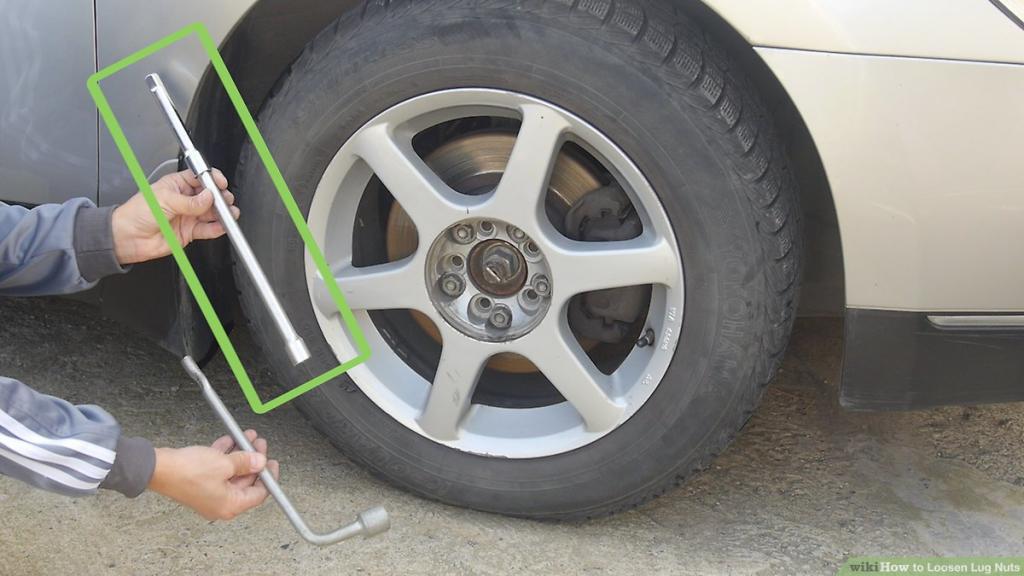 Tire Won’t Come Off After Lug Nuts Are Off: What To Do?

The lug nuts on your vehicle are in constant contact with nearly every possible source of corrosion.

Before anything else, make sure you have the proper safety gear, including eye protection, jack stands, and anything else that could save your life if this wheel falls off. The bolts and nuts should next be soaked in rust blaster. A few hours later, you can try to unscrew the nut by hand. Try again with a longer length of steel pipe over the breaker bar end if it doesn’t work the first time.

Here are a few ideas for each type of car.

The wheel cover can be removed using the jack’s beveled edge. To install the spare tire, raise the vehicle with a jack and turn it counterclockwise.

You should make sure that your Mazda is firmly attached to the ground before removing the lug nuts.

Put the emergency parking brake on and use a jack and a lug wrench to remove the bolts. You’ll need the lug wrench to tighten and replace the hubcap.

After removing the nuts, apply some AntiSeize to the hub and replace the wheel. Both sides should be kicked rather than a hammer from the back.

Walk it around a bit from the back to loosen up the rust. If you don’t remove the wheels, road silt, rust, and other debris will build up and harden within the vehicle.

Sit on the backside and either shake it or push it back and forth if you have a lift. Make an appointment with a repair shop if you can’t get it off on your own.

If at all feasible, park your CRV on a flat area. After discovering that you have a flat tire, remove the spare tire. The back door of the CRV houses the vehicle’s spare tire. Loosen the lug nuts on the damaged tire with the lug wrench.

Lift your Honda CRV out of the ground, as well. Set aside all of the lug nuts after they’ve been removed from the wheels.

You’ll need a hefty mallet or Blaster to get the rust off your 2×4.

In order to remove them, remove the wheels and crank the lug nuts a few times.

Take a few laps around the parking lot, braking hard each time to come to a halt each time. Using a jack to lift the automobile, you may then remove the wheel.

Engage three or four threads by placing two or three nuts across from one another (3 or 4 rotations). A few feet of back-and-forth driving should suffice for this task. The wheel will disintegrate and be wiped out.

Kicking on the top of the tire with the heel of your foot looks to be the simplest method so far. Kicking it on its bottom can be painful since you are more inclined to utilize the ball of your foot.

To increase leverage, hit the tire as close to the outside diameter as feasible. Make certain that the truck is properly jacked up and stable, however.

If you spray it on high, you can get it to stream down into the hub. To help the penetrating oil reach the affected area, repeatedly use the brakes. Then, while still turning the wheel, begin hammering the interior of the rim.

Take care not to knock the automobile off the jack by kicking the bottom of the wheel in that way. 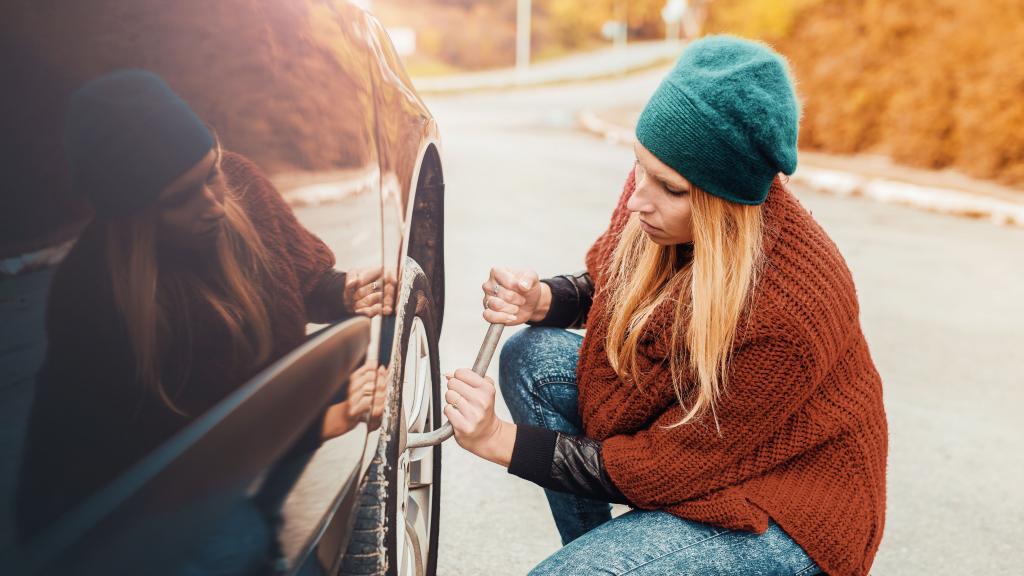 On the inside of the tire, place a 2×4 laying on its side on the ground.

When you’re done, use a long 2×4 from the opposite side of the automobile to secure the shortboard to the tire. Then, use a rubber hammer to hit the end that isn’t on the tire.

Simply loosen the wheel nuts a few turns, drive a meter at 3-4 mph, and then abruptly stop driving. Once the wheel is free, you can remove the nut as usual.

Having a wheel trapped on a tire is inconvenient, especially if you’re in a hurry. The most typical cause of a wheel getting stuck on a tire is corrosion between the rim and hub.

In order to remove the wheel, you must first remove the corrosive element. To remove the tire, a variety of methods have been offered, each with their own set of benefits and drawbacks.