Unless you’ve been living under a rock, you’ve probably seen at least one of The Fast And The Furious movies. Since 2001, when it was first shown, the series has been turned into eight movies, and I’m hoping that a ninth one is in the works.

One of these movies, however, became a huge hit because of how it showed the pride of street racing and the skill of drifting. It might be the best movie in the whole series. We’re talking about Tokyo Drift, the third movie in the Fast and the Furious series (released in 2006)

People knew about Tokyo Drift because of the drifting, the fast-paced action, and the women. But the 200 cars that were brought in from all over the world were without a doubt the main attraction. For example, 11 Nissan 350Zs were brought all the way from Paris because they had to be right-hand drive (more on that later). In some scenes, three of these cars were only used to crash.

Aside from this, a lot of used cars, like Toyota Chasers, Mazda RX7s, and even an old Nissan Silvia, were brought in to race, mostly just for fun. Only 10 of the Mitsubishi Lancer Evolution IX cars came from Mitsubishi. They also brought in two Volkswagen cars and four Volkswagen Golf R32s and Volkswagen Touran MPVs each.

Each of these cars has been changed in strange ways and can do things that will blow your mind. So, in this article by Motoring Junction, we’ve put together a list of some of the best ones from the movie. It’s sure to get any car lover’s heart pumping. 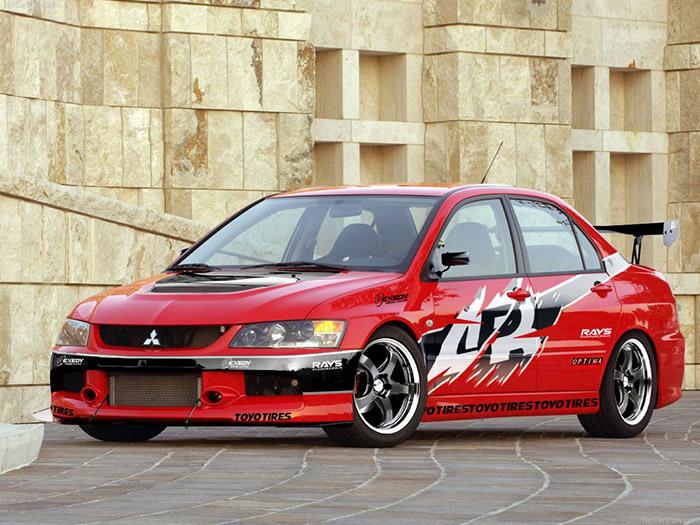 Sean Boswell drove this car, which was the “hero” of the movie. The Evolution IX is fast and smooth, but is that enough to be a “Fast and Furious” car? Director Justin Lin thought the same thing, so he took the front wheels off of the drivetrain. It was now a real drift car.

The Evo IXs had also been loaded over the rear springs and given an oversize fender by adding a PR white body kit. This has Ray-G Games 99B wheels that are 19 by 8.5 inches and 255/35 R19 Toyo Proxes T1R tyres. Also, the steering knuckles were changed to give them a different angle, and Brembo discs and callipers were added to make the brakes bigger.

They also used a turbocharger, a 2.0-liter, four-cylinder engine, and an RMR exhaust system, which was the only change from stock. In the end, they made a 286-horsepower machine that was very annoying and perfect for a hero.

Mustang was the star of the show and Sean Boswell’s last race car in the movie. It is known for being one of the most reliable cars ever made. Using the 2.6-liter twin-turbo engine and 5-speed transmission from a 2001 Nissan Skyline RB 26 and a 1998 Nissan Skyline 2wd, respectively. 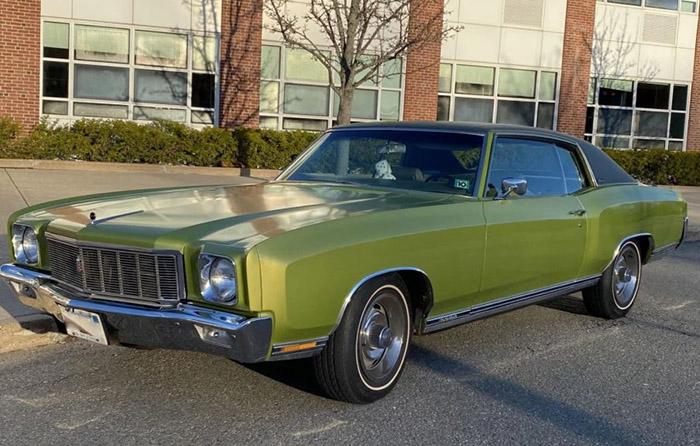 The first quarter of the movie is about Cheverlot’s 1971 Monte Carlo, which our hero completely wrecks by driving too fast. Even though it didn’t do as well as it could have, its power is pretty impressive.

Two of the nine Monte Carlos used in the movie have engines with 3509 cubic inches, 560 horsepower, and can go from 0 to 60 miles per hour in about 4.4 seconds. The other is a Bill Mitchell engine with 572 cubic inches and 700 horsepower. The wheels are just as impressive, with 15-inch Cragar 397 steel wheels with Wilwood brakes and Goodyear Eagle Slick tyres wrapped around them all. The back wheels are usually where the power goes, so we did some research and found that the front tyres are 278 inches and the back tyres are a bit bigger, at 2710 inches.

Han, who was one of the most popular characters in the movie and sometimes even got more attention than Sean, drove this car. Later in the movie, Han gives Sean his treasure so that he can race the “drift king.” However, we know that this didn’t work out because Sean’s first race at Tokyo was a disaster.

We can see right away that the studio didn’t spend much time on this car. It wasn’t necessary. The beautiful Sylvia comes with a C-West DRFT Aero Kit that looks almost like stock.

Moving on to the car’s exterior, the “beast” has some modern graphics and a C-West GT wing, not to mention a set of Ganador mirrors. With some 19-inch Volk GT 7 rims wrapped around the Toyo Proxes TR1 tyres, the letters on the wheels looked a lot better. 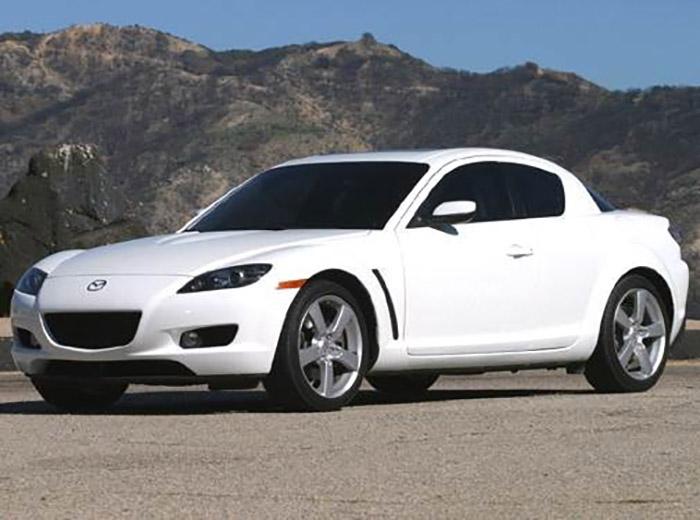 Neela had the RX8 as her car. Neela is the main female character in Tokyo Drift, and she does a great job with it. But her car does not live up to its name. We can say that the Mazda RX8 is one of those cars that will always be there for you, or at least that’s what Universal Pictures made it seem like.

If we wanted to be picky, we could say that the car’s Spanish job is one of the things that could make it bad. Even though it’s a girl’s car, the black and neon blue colours just don’t go together. We’re not saying it’s horribly ugly, but we don’t like them either. It could have looked more like the person who uses it if more work had been put into it. You might never find a girl who likes such a strange mix. Even yellow and black might work, but not red and black.

But you should know that we shouldn’t judge a car by its driver, because this is easily one of the coolest cars in the movie. It’s simple, bold, and full of power.

In the movie, the 350Z is just black, which makes it look so classy that it stands out almost right away. The APS twin-turbo system gives the 3.5-liter HC24 Valve V6 engine in the 350Z from Tokyo Drift 450 HP or even more.

This car has a 6-speed transmission that works with a Nismo Limited-slip differential. This makes it possible for the beast to go from 0 to 60 mph in 5.7 seconds. It can even go 114.8 mph for a quarter mile, which takes about 13.2 seconds. It was for sale on Autotrader not too long ago: click here 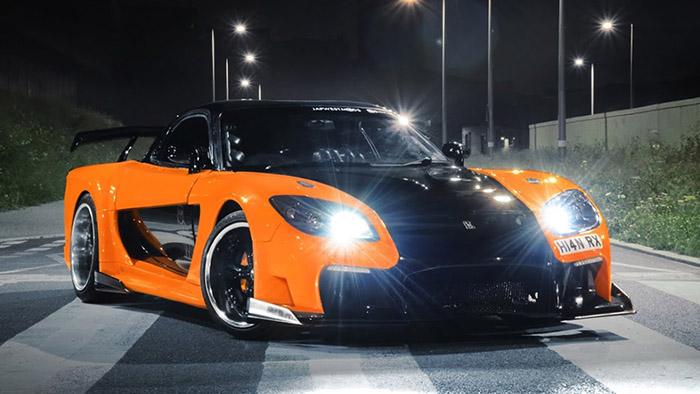 Han also drove this car. If you’re wondering why Veilside is in the title, it’s because the RX7 in the movie belonged to Mazda, but it was rebuilt by Veilside, which is one of the biggest aftermarket car parts companies in Japan, for the 2005 Tokyo Auto Salon.

At the auto show, the Universal Pictures team saw it and fell in love with it. They bought the car as it is and turned it into Han’s car in the movie Tokyo Drift.

Later, they went back to change a few details for the movie. The first thing they did was change the colour from lead to bright orange. Other than that, they didn’t do anything else to this car.

The Plymouth Roadrunner is a beautiful car, and we wish the movie had shown it more. Dominic Torretto, played by Vin Diesel, who is one of the most important actors in the franchise, drives it. He won it from Han Solo when they raced a few years ago.

Steve Strope of Pure Vision Designs, a well-known car fan and builder, let the movie use his car. It was built on the TLC show “Rides,” and Hot Rod magazine also wrote about it. The car was barely in the movie. It was only shown for two minutes at the very end.

Since the shot was done at the last minute, the car had to be rented instead of bought like all the other cars in the movie. 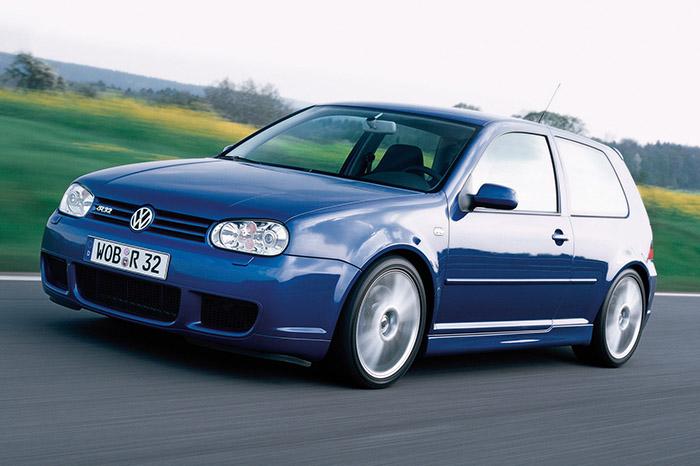 Reiko drove around in a cool little car called a Golf R32. Before this, Volkswagen had just given the filmmakers four brand-new 2007 Volkswagen R32s with right-hand drive, which could also be turned into rear-drive cars for drifting.

The Golf from Tokyo Drift has a rear wing and Lamborghini scissor doors, which is not a very exciting combination. It has a 6-speed manual transmission and a 3.2-liter V6 engine that can make up to 250 HP. This car can go from 0 to 60 mph in about 6.1 seconds and can go the quarter-mile at a top speed of 94.3 mph in 14.4 seconds.

When Sean Boswell sees Twinkie’s blinged-out VW Touran for the first time in the movie, he is introduced to the JDM car culture. The scene itself was quite funny when this green Hulk Mobile Touran with 3D punch design on the side rolls out of a multi-car parking.