When it comes to screw and bolt drive patterns, there is a wide range to choose from, including varying lengths, thread patterns, and thicknesses. With the Torx and star bits, there is some misconception concerning their distinctions.

Because the tools are interchangeable, the trademark name Torx is utilized but the generic description star can be used alternately because the phrases are identical.

Differences Between Torx and Star Bits 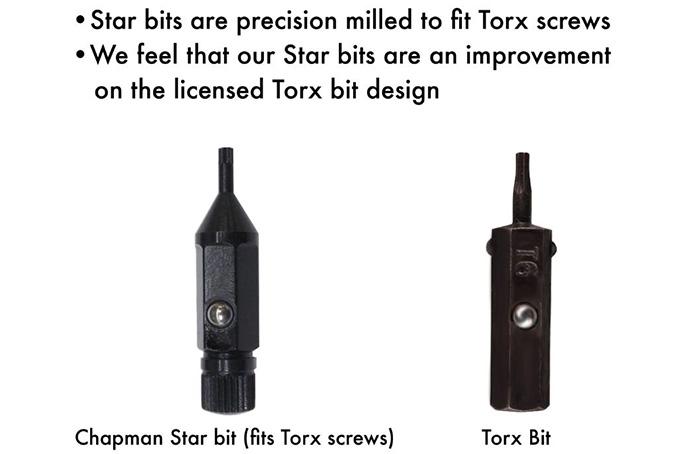 The screwdriver invented by Camcar Textron in 1967 is known by the trademark name “Torx.” The International Organization for Standardization (ISO) has referred to the form as hexalobular internal because of its six-pointed appearance.

Torx was exclusively created by Camcar Textron and licensed manufacturers because of the patent protection. Since it expired a few decades ago, anyone can use the star-shaped drive anyway they like. Although Camcar Textron claims to own the Torx trademark, the name is already being utilized by other companies.

Using Torx bits is the best way to avoid injuring the screw head by reducing the risk of the bit falling out of the screw and damaging the threads. With the slotted and Phillips head screwdrivers, you’ve probably encountered this problem on a regular basis (minus and plus heads).

When it comes to torque transfer and resistance to wear, the Torx key is a more popular choice than the hex key (Allen). These tools are notorious for stripping because of the low force applied by their hex and bolt heads.

Torx/star bit measures begin with a capital T and are followed by a number from 1 to 100. T10, T15, and T25 are the most regularly utilized bit sizes.

Torx vs Star – Which Is Better?

The only difference between official Torx screwdrivers and any of the other choices is the quality of metal, which may be readily replicated due to the standardized bit shape.

A comparison of the many Torx bit types isn’t essential because they all aim to improve on the original design. Before a screw is inserted in a vehicle, its design is carefully scrutinized, which is why slotted, Phillips, and hex heads are still common, despite the fact that a star pattern is a preferable choice.

A socket-like external Torx is the opposite of the standard Torx in design. The star-shaped head of the screw is elevated. Screws are worked with the socket-and-ratchet method rather than the screwdriver. Because of their star pattern, Torx sockets provide stronger grip and a smaller risk of stripping the bolt than traditional hex sockets.

Unlike the original Torx, the measures of the external Torx begin with a capital letter E and do not follow a standard sizing pattern. In terms of size, the E2 external is around the same as a T5, while the E4 and T20 are both in the same ballpark.

The Torx Plus was introduced in 1990, shortly as the patent for the original Torx expired. More torque transfer and decreased tool wear are the key advantages of the Torx Plus design.

It resembles a gear with squared-off teeth instead of the six-pointed star. To distinguish it from its external counterpart, the classic Torx Plus is referred to as IP (Internal Plus) (External Plus). 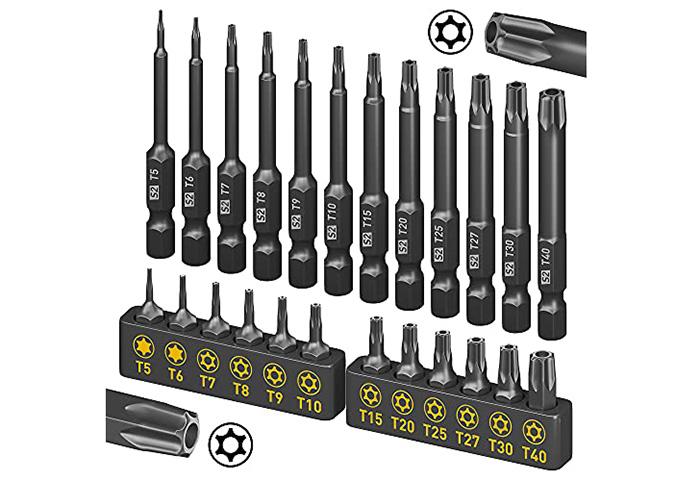 You can get tamper-resistant Torx (also called a “pin” in the Torx lingo) in traditional and Torx Plus varieties. Bit and screw both have a circular hole in the center. As a result, a conventional Torx driver cannot be used to remove or damage the screw.

There are only five points on the basic Torx TR, while there are six on the Torx TR Plus. 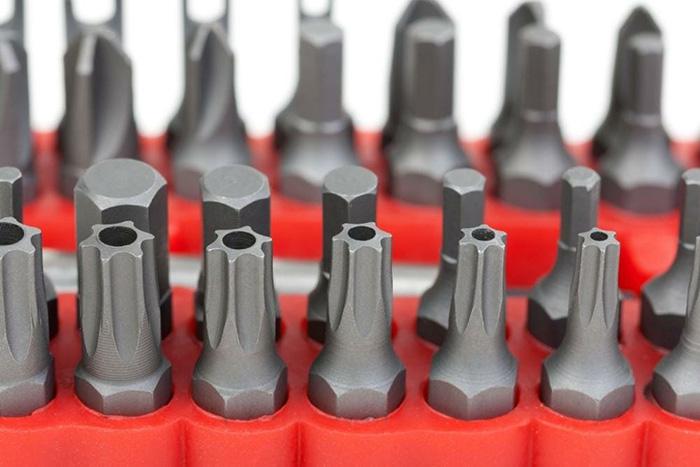 There are a few less common variations of the Torx design. Despite numerous improvements, the Torx remains the most popular option.

The very top of the Torx ttap bit features a projecting rod that slides into the screw’s base. This feature greatly enhances the bit’s stability when rotating. However, the Torx ttap screws are compatible with the ordinary Torx, but not the other way around.

The Torx Plus Maxx is a Stems give screws the appearance of having an external Torx plus on the tip. As with a hex bolt and nut, the screw can be grasped from both sides in this manner.

The tamper-proofing of a rivet and the torque transfer of a Torx are combined in AudiTorx. Normally, the screw is tightened until the head snaps off, leaving a rivet-like screw that is extremely difficult to remove.

Würth created the AW drive to be a direct rival to Torx’s concept. For better balance and stability, it’s hexagonal as well, but it has a tapered profile.

What is the difference between Torx and Torx Plus?

It is not possible to use Torx Plus with old screws because it is an enhancement over the original Torx design. Using the standard Torx on Torx Plus screws and nuts will result in a loose connection.

Are there metric star bits?

The metric and imperial scales are not used by Star and Torx bits. For the exterior Torx variations, they use either a specific T or E size.

How do you open a star screw without a screwdriver?

A star screwdriver of the correct size is the only tool that can open the star screw head. This screw can be stripped out if you use a flathead screwdriver, so be careful.

Can you use an Allen key instead of Torx?

It is impossible to use an Allen key with a Torx screw head because of the basic differences in design.

In all but one variation, Torx is a six-pointed star. Rather than six points, the safety Torx Plus has five.

Why do Torx screws exist?

Slotted and Phillips head screwdrivers were planned to be replaced, or at the very least replaced, by Torx. Using the Torx pattern reduces the risk of tool and screw breakage while improving torque at the same time.

Is Torx better than Philips?

In terms of pure technological merit, Torx is the superior choice. Almost every home has at least one Phillips head screwdriver, and it’s more than adequate for most tasks.

What is a TT Torx bit?

Another name for the TT Torx is TT Torx Anti-Tamper Torx, which has a hole in the middle of the bit and a small protrusion in the screw to prevent unsuitable tools from damaging it.

How do I know my Torx size?

There is a T prefix and a number on the side of every Torx bit. From T1 through T100, Torx bits are not metric or imperial in measurement. When determining the size of something, it’s possible to use a Torx chart or measure the distance between two opposite star tips and compare the results.

Is Hex the same as Torx?

Despite their similar appearance, the two screw drives work differently and cannot be used interchangeably. It’s possible to use a Torx screwdriver to loosen or remove a hex screw, but doing so could result in both components being damaged.

What are the most common Torx sizes?

There may be a lot of similarities between star and torx bits, but there are also a lot of differences. Traditional Torx and Torx Plus bits are offered for standard, external, and anti-tamper applications. In a solid set of Torx bits, you’ll be able to work on Torx screws and bolts.

Defogging Windshield During Summers
What Is the Cause of Hard Starting in Diesel Engine?
Rubbing Alcohol In Gas Tank To Pass Emissions
Masculine Suv For Women