A car that won’t start is the worst thing that can happen. Toyota Camry owners should be able to count on their cars to start when they want them to.

But what about when things don’t go as planned and you don’t have luck on your side? If your Toyota Camry won’t start, you could waste time and get stressed out.

But we’re here to help you understand why these problems often happen and what you can do to fix them.

When it comes to making sure your car works, there are a lot of moving parts. Here are the most common reasons why a Toyota Camry won’t turn on and what you can do to fix them. 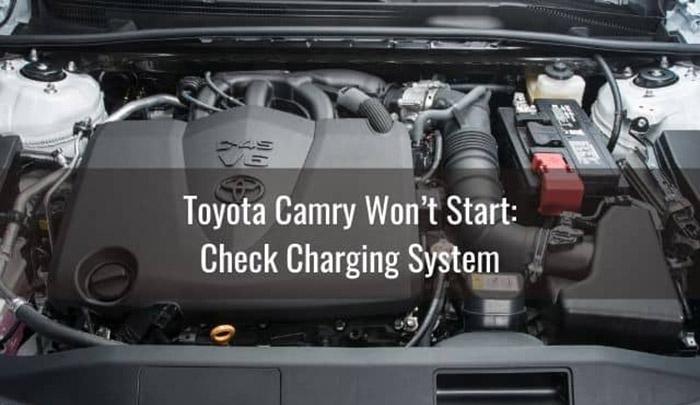 Problems with the battery cables are usually the easiest to figure out. This problem might not happen very often, but a quick check will let you know about it.

You need to keep an eye on the battery poles where the cables come together. If you see white or green rust around poles, you might need to clean them.

You might be able to get back on the road quickly with this small fix.

Once you’ve found the battery and taken the covers off the terminals, cleaning the battery is easy. Here is a quick way to clean your battery terminal so you can fix the cable problems:

Disconnect your car’s battery, making sure to undo each clamp on the terminals, starting with the negative clamp and working your way up to the positive clamp.

Use a good cleaner. Mixing two tablespoons of baking soda with water to make a paste that you can scrub the corrosion with a brush is the best way to do this.

Rinse and dry. Spray each terminal with water, rub it with a rag to dry it, and then cover it with a battery terminal protector.

Connect the clamps to the battery again. Start with the positive clamp and then move on to the negative clamp.

The battery charge could be another reason why your Toyota Camry won’t turn over. If your battery doesn’t have enough power to start the engine, your car won’t either.

As the battery ages and the cranking amps drop, this could make the battery less powerful. If the Camry cranks slowly and won’t start, this is a sign that the battery needs to be charged.

The best thing to do in this situation is to take out your battery and take it to a nearby parts store to have it checked out. Either your battery will be marked as dead or as charged.

If your battery is dead but tests “good,” you should check the alternator or the battery terminals. The battery could also be charged, so you should keep an eye out for corrosion or other problems with the starter.

Issues with the Starter 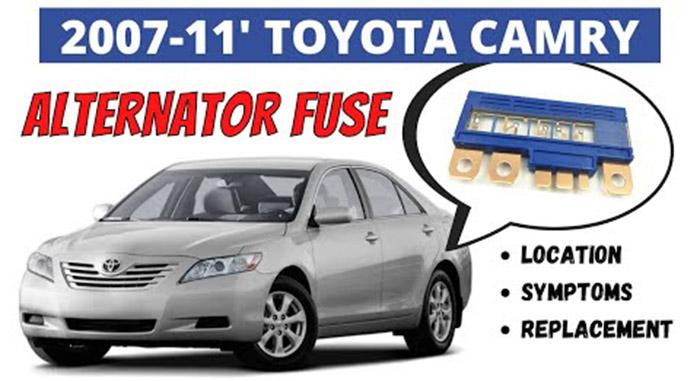 Your car’s starter is an electrical part that is linked to the battery. When you turn on your car’s ignition, it tells the pistons and crankshaft to start the engine and turn on the ignition switch.

If you have a problem with the starter, the engine won’t crank right or won’t crank at all.

Look out for the following signs to make sure the problem is with the starter:

When the key is turned in the ignition, the car doesn’t start.

When the ignition switch is turned, there is a louder click.

Even though the lights are on, the car won’t start.

People in the car can see or smell smoke.

This problem could also happen if the camshaft got out of sync with the crankshaft for some reason. The best thing to do here is to call a mechanic, who will usually use an OBDII code to figure out what’s wrong.

When your Camry isn’t getting enough or any fuel, it won’t start. For your car to start, it needs this fuel in the combustion chamber. Your Toyota Camry could have a problem with the fuel pump, the fuel injectors, or the fuel filter.

A bad fuel pump can cause the engine to be hard to start and sputter when it’s under load. If the problem is with the fuel filter, the car might make a whining sound or sputter when you try to speed up.

Issues with the Ignition

The fact that your Toyota Camry won’t start could also be because of the ignition. A mechanic could figure out what was wrong and fix it, just like with the engine timing.

This could also be caused by a broken ignition switch. If your battery is fine but it takes 2 or 3 tries to start the car, the problem could be with the ignition switch.

If you turn on the headlights and the dashboard lights up, you’ll know that the problem is with the ignition switch.

Top Reasons Why a Push-Button Toyota Camry Will Not Start

So, what if you have a Toyota Camry with push-button controls? This type of Camry might not start because of some common problems.

First, you should see if your foot is pressing down hard enough on the brake pedal. You have to press this while you push the “start” button, so make sure you are doing it right.

Even though having the key is a given, you should still double check to make sure you didn’t forget it. It’s easy to forget the fob at home, which will make the car start when you get close enough.

You also check the power of the battery in your key fob. When the battery power in a weak key fob gets low, it might not be strong enough to start the car.

There are many things that could keep your Toyota Camry from starting. Even if you don’t know much about cars, if you pay attention to how yours acts, you can figure out what’s wrong.

It also never hurts to ask a professional or a nearby car mechanic to double-check. Your safety and driving smoothly are very important, so if your starter is giving you trouble, be very careful.