Toyota’s Entune is a touchscreen infotainment system featuring GPS navigation, voice commands, and a surround sound audio system. There’s also stock quotes, a weather forecast, and sports results. Adding browsing and extra audio controls are made possible by connecting it to your phone via a wire or Bluetooth.

As with any complicated program, Toyota Entune is prone to bugs and freezes or fails to respond to simple requests.

The ability to reset it is critical, and we’ll walk you through the process.

It’s a straightforward operation that doesn’t necessitate mechanical or technical expertise or the use of special tools. Take a seat in the driver’s seat and bring the ignition key with you!

How To Reset Toyota Entune 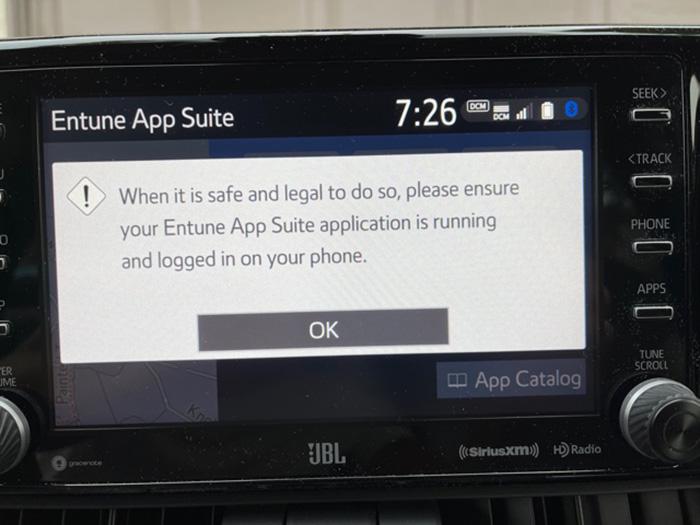 There are several ways to reset Toyota Entune, and we’ll go through them in order of difficulty.

Resetting the Toyota Entune multimedia system couldn’t be easier or faster than this:

Not every time, but it is worth a try before moving on to more complicated methods that may also erase some of your data. As an alternative, consider implementing the following strategy:

Following these steps if the prior method didn’t work is required.

In spite of the fact that this procedure completely erases all of Entune’s saved data, it is the most dependable method for ensuring a long-term, glitch free operation.

Software-only reset commands provide an alternative to hard resets. So continue with caution and make sure you’ve backed up anything crucial before you do this.

How To Set Up Toyota Entune 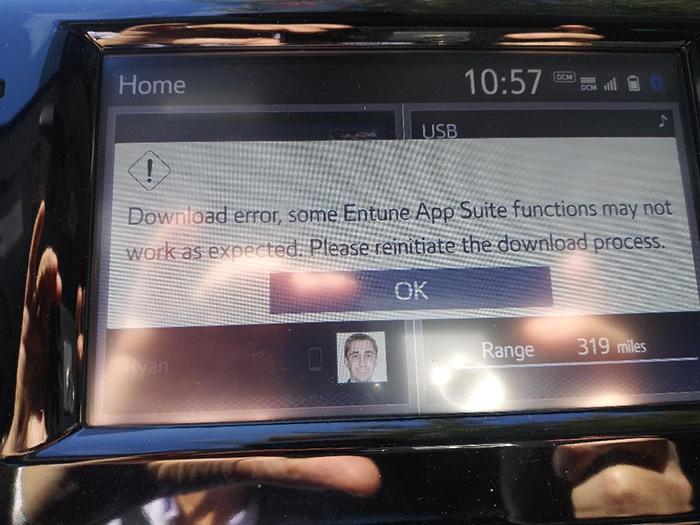 It’s a good idea to set up the Entune as soon as you’ve reset it. Let’s go through the process of resetting the configuration to its previous state. Entune 3.0 has more features, so I’ll go through that, but the steps are the same for both older and newer versions, so they may be used interchangeably.

Selecting FM from the Audio Source menu will allow you to add more stations to the list of already memorized ones. Station List will show you all of the available stations based on area and genre, so you can choose the one that best fits your needs.

Setting options include treble, mid, and bass, fader/balance, and automatic sound levelizer that adjusts the sound levels based on cabin acoustics. There are a lot of possibilities here if you’re into audiophile stuff.

Your options for audio sources are limited only by your imagination. Play your favorite music without interruptions by connecting the device of your choice.

You’ll need to reconnect your phone in order to recover access to its functions.

There are two ways to enter phone numbers: using Entune’s touchscreen to look for contacts and make calls, or manually entering them. All of your phone’s text messages are accessible through the text-to-speech feature, which allows you to hear them and respond with pre-written responses that you may customize. To keep you safe, the vehicle’s safety system stops you from making changes to these messages while you’re driving.

To take full benefit of Entune’s app suite, get the free Entune app from the Apple App Store or Google Play Store. After registering or logging in with an existing account, you will need to connect to the programs you want to use in the car. You’ll be able to use apps like Facebook Places, Yelp, iHeartRadio, Stocks, Weather, and Sports once they’ve been downloaded to the Entune’s memory.

Toyota Entune can become a Wifi Hotspot for an additional cost, allowing you to start, find, and track your car from a distance.

Toyota uses two strategies to provide navigation services. The Scout GPS Link, an alternative to Google Maps, takes the phone’s location and displays it on the multimedia screen. You can also get the most precise map readings available thanks to Toyota’s Dynamic Navigation, which is constantly updated and refreshed.

Fuel efficiency, speed, and other relevant data are all stored in the information area, allowing for a more thorough evaluation. Using the Display area, you can alter the screen’s contrast and brightness, or you can turn it off completely. 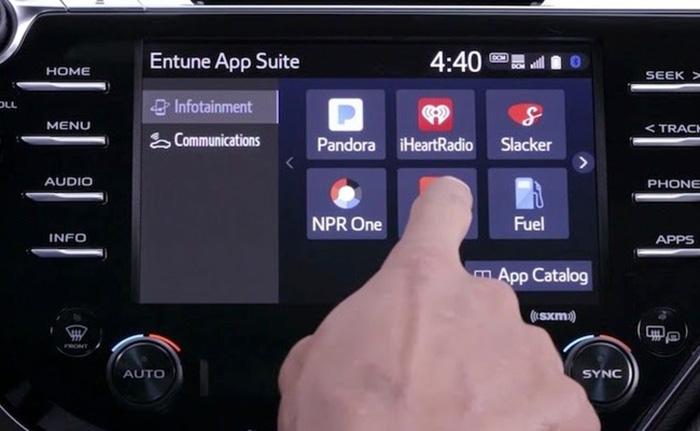 Toyota’s infotainment system comes with a slew of customizability options to help drivers get the most out of it. Changing the time, the language, the unit of measurement, and other fundamental aspects should come first, before moving on to the more advanced ones.

It is possible to arrange the home screen in a grid arrangement to display two, three, or four areas, each of which can be filled with Audio, ECO, Phone, or Clock choices. You have a choice of four different themes, so you’re sure to discover one that you like. In order to make the most of the driver option, you should only use it on one phone at a time. Everything will be configured to your preferences once you connect your phone, and other drivers can do the same without having to manually alter settings.

Add, remove, and check the list of registered Bluetooth devices under Bluetooth settings. Setting up your phone is quite similar to setting up your smartphone, so you can customize the ringtone, volume, and in-call volume just like you would on your smartphone. There are numerous ways to train speech recognition to understand you better, including increasing or decreasing the number of voice recognition prompts.

Customizing your car gives you control over everything from the door lock and climate to the lights and other luxuries. If your car has an Entune system, you can customize how the doors are locked and unlocked, as well as how the remote lock works and the way the inside lighting work.

How to Update The Toyota Entune

Entune requires a smartphone with the Entune app loaded and linked to your Toyota in order to be updated.

Why is my Toyota Entune not working?

Entune is a cutting-edge system with capabilities comparable to those of today’s most advanced smartphones. The complexity of software can lead to faults that manifest in Bluetooth failing to connect, navigation being out of sync, and the App Suite becoming unresponsive. These issues can be resolved by resetting your system using one of the ways described above.

What is the latest version of Entune?

Toyota’s most advanced infotainment system, Entune Version 3.0, was released in 2017 and continues to be developed through regular software updates.

How much does Entune 3.0 cost?

You can use Entune 3.0’s services for a short length of time before you have to pay for WiFi, sophisticated GPS capabilities, remote connects and safety connects per month.

What version of Entune do I have?

There are three versions of the Entune 3.0 system.

Does Toyota Entune have a remote start?

There are a number of services that you may take advantage of with the App Suite loaded on your smartphone and a valid subscription.

How do I reset my Toyota Bluetooth?

Enabling and disabling Entune’s connection to your device is the most typical solution for troubleshooting Bluetooth issues with the multimedia system. To ensure you achieve the desired outcomes, try the method outlined in this article first.

A high-definition touchscreen and more features than you can imagine make Toyota Entune an outstanding multimedia system. A few minutes of your time is all that is needed to fix the software issues. To get the most out of your phone’s capabilities, make sure your Entune system is up to date and that you have the App Suite installed.

How To Use A Blue Driver Obd2 Scanner
How Long Can A Spider Live In A Car
How To Tell If Torque Converter Is Locking Up
Are White Or Black Cars Harder To Keep Clean?