Whether you want to buy a trailer or already have one, the most common question about towing is probably, “What do I need to tow?

Having a trailer is useless if you can’t get it to where it needs to go. But it’s not as easy as it might seem to figure out what you need to take it on the road.

There are a lot of things that you need to think about. Not everything is good to go just because it rolls.

So, we took the time to put together a guide to trailer towing capacity with all the information you need to get your trailer moving.

What Happens if You Overload Your Vehicle? 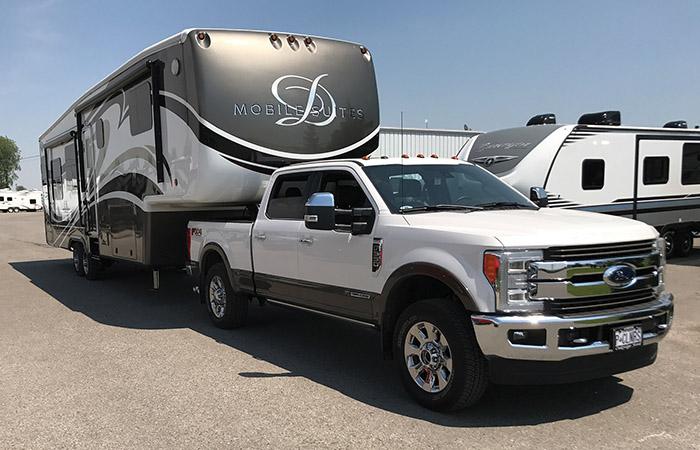 You might think that all you need to do is get your trailer moving, but that couldn’t be more wrong. It’s easy to pack too much into your car without even realising it.

If your car isn’t made to pull a trailer, it can cause a lot of problems. If the grade isn’t steep enough, you could break or snap your hitch or overwork your engine. Even worse, if your car’s brakes can’t handle the extra weight, you might not be able to stop when you need to.

The company that made your car made it with certain performance standards in mind. Most of the time, when you buy a towing package, you get more than just a tow hitch. Most of the time, they also give you brake callipers and pistons that are bigger.

These parts help your vehicle handle the extra weight, but only up to the amount the manufacturer said they could handle. When you tow too much weight, not only does it put extra stress on your brakes, but it can also put too much strain on your engine.

When you pull too much weight, what happens to your engine? You can damage or even destroy your engine prematurely. You’ll also have a hard time getting your vehicle to go faster, and you won’t be able to accelerate when you need to.

It might be even more exciting if you go through a mountain pass or something similar. Instead of climbing the mountain easily, you might get stuck at the bottom of a valley and be unable to move your trailer.

Obviously, you won’t be able to move at all if you hook up a fully loaded fifth wheel to a mid-sized sedan. Worse of all, you’ll do a lot of damage before you even realise you’re doing something wrong.

A Guide to Estimating Your Trailer Weight

Start by reading the manual that came with your car. From there, find any extra packages you bought and check to see if they have the total weight you added. Sometimes they’ll tell you how much something weighs, whether it’s a luxury appliance package or a kitchen add-on.

If not, you’ll need to find out how much all the new appliances and furniture weigh. Don’t forget to make sure your water tank is full. Remember that a 10-gallon container of water weighs about 84 pounds. You’ll need to add this much to the weight of your trailer.

If you’re transporting fuel, you should also include this number. Add up all your gear, clothes, equipment, etc… After putting everything together, check to see if your vehicle can handle it.

A Rough Guide to Towing 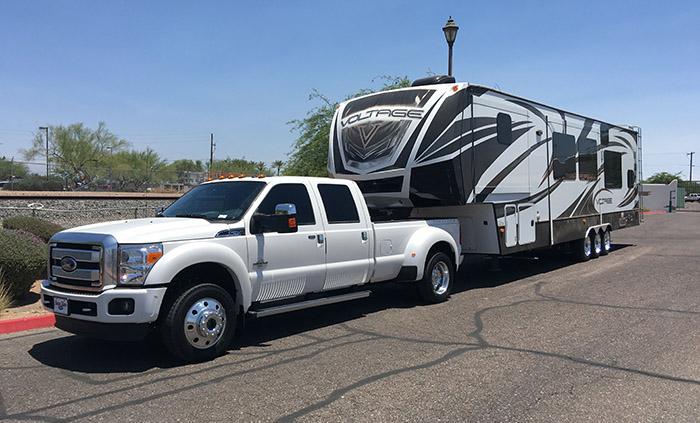 If you know how to do the math for towing and just want a general towing capacity reference number based on your car’s make and model, check out our beginner’s guide below. Even though these tips aren’t foolproof, they can help you figure out what to do in general.

Don’t forget that these are the most you can pull. So, if you’re going to be travelling at a higher altitude or bringing more gear, you’ll need to get the next size up to make sure you don’t have any problems on the road!

We don’t mean cars like the Mazda 3, but more like the Mazda CX-5 or Kia Sportage. Most of the time, these smaller SUVs and crossovers can tow close to 1,500 pounds. Even without extras, it’s enough for the smallest campers.

It’s very easy to pack too much into these vehicles, so do your research before you hook up anything to take on the road.

Mid-size SUVs include the CX-9, Hyundai Santa Fes, and Ford Edge. Most of these vehicles can pull around 3,500 pounds, which gives you a lot more options for the kinds of campers you can pull.

Most of the time, you can pull small campers with kitchens and a few things. But you still need to be careful not to pack too many big campers into the car.

The next group of cars is made up of Ford Explorers and Honda Pilots. Most standard SUVs can pull up to 5,000 pounds, which means you can pull a camper that is even bigger. Still, you’ll have to make sure that these SUVs have a tow package. If you don’t do this, your vehicle will be able to pull even less.

When you think of big SUVs, you might think of a Suburban. This group is made up of the largest SUVs on the market. When a towing package is added, most of these cars can pull up to 8,000 pounds.

As long as you stick to smaller campers, you can pull almost any model, but make sure your SUV can handle it before you buy.

If you want to tow a lot, you should get a truck instead of an SUV. The smaller 1/2-ton trucks can pull up to 8,500 pounds behind them. Some half-ton trucks are the Ford 150 and the Silverado 1500.

They aren’t the world’s biggest trucks, but they are big enough to pull a variety of trailers and campers.

No matter what you want to pull, these vehicles can do it.

We’ve talked about the basics, but there are a few other things you should think about before you hook up your hitch! We’ve brought up three more worries below; be sure to look at them.

When you put a tonne of weight on a rear hitch, the rear suspension has to work a little harder. If you don’t have the right tow package or if you put too much weight on the system, you could damage or wear out the suspension.

It’s a well-known fact that pulling something will hurt your gas mileage. This is why fuel tanks that are bigger are one of the most important things in tow vehicles. The less fuel efficiency you have, the bigger tank you need if the trailer you’re pulling is heavy.

The bigger the fuel tank, the heavier the car will be when it’s full, which means you’ll need even more gas.

Elevation Is the Game Changer

We’ve already talked about it, but it’s so important that we want to bring it up again. Your engine can’t work as well when you’re high up. You’ll get less horsepower, less towing power, and less mileage per gallon.

If you’re having trouble making it at sea level, you won’t be able to make it in the stratosphere. Even if you’ve never had trouble at lower altitudes, you’ll have more trouble as you go higher.

Just remember that the engine’s performance drops by an average of 4% for every 1,000 feet above sea level. Some cars might do better, but others will do even worse.

Towing may seem like a necessary evil, but if you do it right the first time, you usually won’t have to worry about it again. When in doubt, choose a towing capacity that is a little bit higher. So, you won’t find yourself in a situation that your car can’t handle.

With a little research, you can safely take your camper or trailer anywhere and enjoy the open road and great outdoors. What’s holding you back? Start pulling!