What Are Turbo Flow Mufflers Updated 09/2022

Also known as a silencer, a muffler is a component through which exhaust gasses from the internal combustion engine flow to lower the noise of the engine.

Without this vital gear, then your car will be extremely loud. If you are looking to modify your muffler to boost your engine performance, your mechanic may have suggested that you install a turbo muffler.

So what exactly is a turbo muffler, how does it operate and it is worth installing it on your car?

In this article, we will tell you all you need to know about turbo mufflers.

What are turbo mufflers?

The specific perforation that turbo mufflers are equipped with serve to peel off the sound waves, thereby giving a richer exhaust tone.

It is vital to know that turbo mufflers are aftermarket equipment and are designed to minimize restriction, enhance horsepower and at the same time, provide sound muffing via fiberglass packing.

Unlike chambered mufflers, turbo mufflers are not fitted with steel plates to bounce sound waves. Instead, they are supplied with a S shaped pipe which allows sound waves and exhaust gasses to flow without a lot of restriction.

This is the muffler for you if you want to improve your car’s engine performance while at the same time reducing noise. It’s perfect for drivers who desire more power without having to cope with a louder vehicle.

Why is it called a turbo muffler? 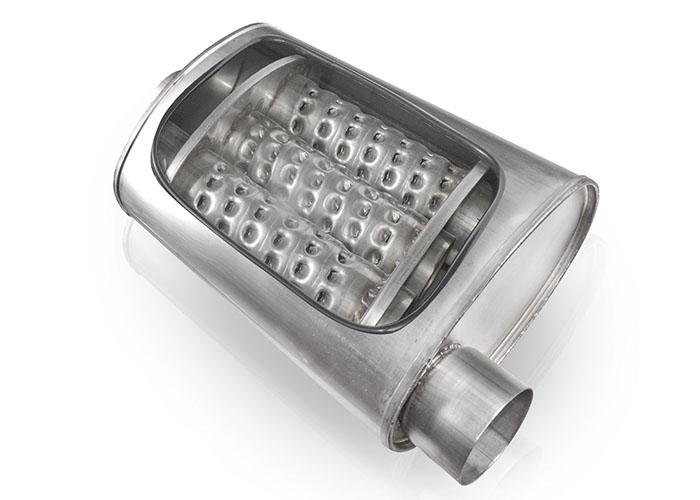 Because of the fiberglass packing, turbo mufflers provide a richer exhaust note than standard mufflers do by forcing air past the baffle and reducing flow. They are specifically designed to remove obstructions and facilitate the flow of exhaust gas.

What is inside a turbo muffler?

Turbo mufflers have perforated tubes in them. It also features an S-shaped pipe that allows sound waves and exhaust gases to flow freely.

In addition to the sound-absorbing fiberglass packing, the turbo muffler increases horsepower without increasing the car’s volume.

It is common knowledge that turbo mufflers produce a high-pitched sound. That is, however, the situation. Despite the fact that they improve engine performance, they are no louder than standard mufflers.

Among aftermarket mufflers, turbos are the most sound-deadening option available today. Regular mufflers sound better, but these aren’t noticeably louder. However, the deeper exhaust tone that they create is what makes them sound so amazing.

What is the difference between a turbo muffler and a regular muffler? 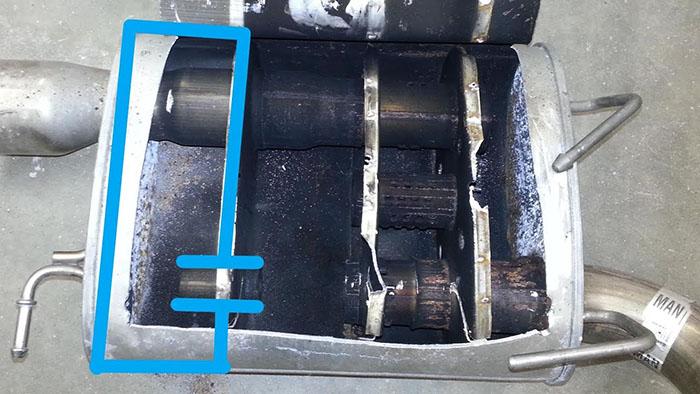 In terms of how they work, the turbo muffler and the ordinary one are fundamentally different. A typical muffler dampens sound by bouncing sound waves against one other to cancel them out.

For those who want to increase horsepower and minimize exhaust limitation while maintaining sound dampening, a turbo muffler may be the best option.

Instead than using steel plates to dampen sound waves, turbo mufflers eliminate it entirely. Instead, the sound waves are absorbed by fiberglass packing.

Turbo mufflers boost horsepower, but normal mufflers do not.

In fact, turbo mufflers are not noisy. In comparison to ordinary mufflers, they are slightly louder, although the difference is not that significant. In order to improve engine performance, they have been engineered to reduce exhaust restriction at the same time as minimizing sound emissions. As a result, drivers looking to boost their vehicle’s performance without adding to its volume may consider installing one of these.

YES, turbo mufflers boost the engine’s power (about a 10 percent increase in horsepower). Reduced back pressure in your car’s engine, as well as increased airflow, is how they accomplish this.

Consequently, more air is drawn into the cylinder, which allows the engine to burn more fuel, resulting in increased horsepower. The horsepower of your car will increase if you install a turbo muffler.

The amount of horsepower you acquire will, however, be determined on the model of your vehicle and the size of its engine.

Do you need a turbocharged car to use a turbo muffler?

This means that even if your automobile isn’t turbocharged, you can still use this device. In fact, drivers of non-turbocharged automobiles require this device even more, as it aids in improving the performance of the engine.

Yes, turbo mufflers are permitted in every state in the US. This is due to the fact that they have a negligible effect on the car’s audio. They have no effect on emissions either.

However, to be on the safe side, it is advised that you take a thump test while revving the engine. Nothing to be concerned about as long as the Turbo Muffler’s sound is below 95dB.

What is the cost of a turbo muffler?

Each brand’s turbo muffler costs differs in price. A turbo muffler, on the other hand, can cost anywhere from $50 to $150.

It is our hope that this post has answered your questions about installing a turbo muffler and whether or not it is a good idea.

It’s great for drivers who wish to increase their car’s performance without boosting the exhaust noise level. The engine’s horsepower can be increased by up to 10% with this gadget.