If you need to move freight, you may have heard the term “straight truck” and been curious about what it means. Well, there are a lot of names for the different kinds of vehicles that are mostly used to move freight.

Some are as short as 12 feet, but others, like semi-trucks, can be as long as 72 feet and weigh as much as 80,000 pounds. If you only have a small amount of cargo, you might not need a semi-truck. Instead, you could use a straight truck. What’s that? Find out by reading on.

In today’s article, we’ll talk about straight trucks and their uses, sizes, capacities, pros and cons.

What Are Straight Trucks? 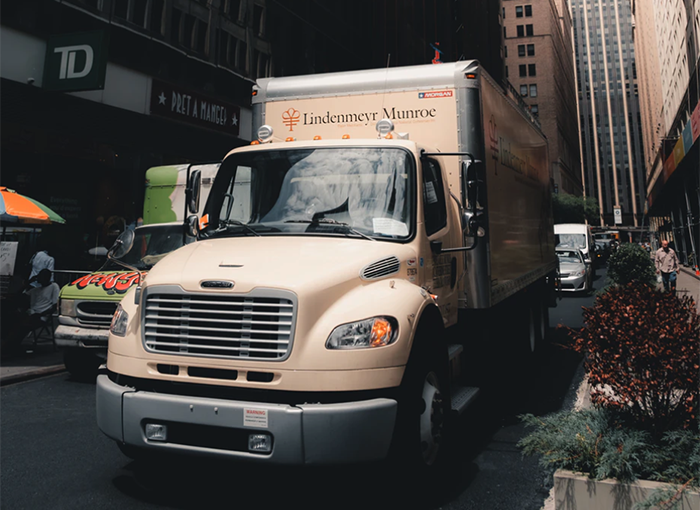 A straight truck is a commercial vehicle with a single frame that holds all of the axles, from the front of the cabin to the back of the trailer. In other words, the cabin for the driver, the trailer, and the engine are all on the same unit, or chassis.

So, if your truck is neither a van nor has a hitch connecting it to its trailer, it’s probably a straight truck.

Also, a straight truck is a lot like a tractor truck, except that the trailer is permanently attached to the tractor and there is no hitch connecting them.

What Are Straight Trucks Used For?

So, you can use them for things that are bigger than what your pickup or van can carry, but smaller than what a tractor truck can carry.

Because of this, they are often used to move dry, non-perishable items like boxes, refrigerators, washing machines, furniture, etc.

Shipping with a full truckload (FTL).

Shipping with less than a full truckload (LTL).

Here are some things that a straight truck can carry. 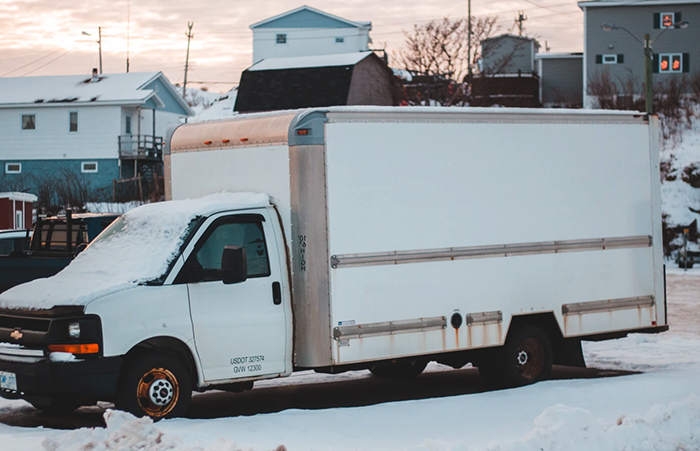 When choosing the best straight truck for your business, it’s important to know how big it is and how much it can carry.

Also, when buying a straight truck, look at the size of the inside to see if it will work for you. Most will be able to carry between 380 cubic feet and 1,800 cubic feet of cargo, depending on how long the truck is.

Also think about the number of seats and cabin space if you plan to use the truck to move freight over long distances.

What Is the Difference Between a Straight Truck and a Box Truck?

A straight truck is also called a box truck, so the names can be used interchangeably.

Most box trucks and straight trucks have a separate area for the cargo from where the driver sits.

What Is a Straight Truck Called?

Is a Straight Truck a Semi?

No, straight trucks are not semi-trucks because they don’t have a fifth wheel coupling system.

To figure out what makes a semi-truck different from a straight truck, we need to look at what it has.

A semi-truck is an 18-wheeler or 18-wheeled articulated truck with three axles, an engine, a cab, and a trailer. Most of the time, the rear-wheel-drive (RWD) axles move the car while the front-wheel-drive (FWD) axles steer it.

Also, they are usually Class 7 or Class 8 vehicles that don’t have a tow hitch but do have a fifth wheel. The trailer is attached to a large towing pin called the king pin.

The king pin is part of a semi-fifth-wheel truck’s coupling. It is where the trailer connects to the tractor unit.

The horseshoe-shaped fifth wheel lets more of the weight of the truck be put on the back wheels, which improves the truck’s grip, stability, and control.

Advantages of a Straight Truck

If you often move lighter goods, a straight truck is the right choice for you.

Here are some good things about having a straight truck.

To drive a straight truck, you don’t need a CDL. For most truck jobs, drivers will need a Class B licence to drive the trucks safely.

They are easier to run and keep up.

Have lower costs to run than tractor-trailer trucks.

Since most are less than 26 feet long, they are easier to park than vehicles that are longer.

For less-than-truckload (LTL) deliveries, it is faster to use straight trucks than to share a single cargo space in a semi.

Disadvantages of Using a Straight Truck

One big problem with using a straight truck as a freight service is that they can only carry so much.

So, you might need to use two or more trucks to move a load that one semi-truck could carry.

And to keep this from happening, find out how much the truck can hold ahead of time. This will make your work easier.

Do You Need a CDL to Drive a Straight Truck?

The law says that everyone who drives must get a Commercial Driver’s License.

Any vehicle with a gross combined weight rating (GCWR) of more than 26,000 pounds, given that the GVWR of the vehicle being towed is more than 10,000 pounds.

Any vehicle carrying dangerous materials that is required by federal rules to have a placard.

Any vehicle that can carry at least 16 people, including the driver.

So, the answer to the question of whether or not you need a commercial driver’s licence to drive a straight truck is:

Depending on how much you’re carrying,

No matter what you’re doing,

How many people you’re transporting

Straight trucks are very useful, especially when you need a vehicle that is easy to maintain, has a moderate capacity, and is easy to move around.

Also, the drivers will be happier with them because they won’t have to be on the road as much.

In the United States, a box truck driver earns between $30,000 to $50,000 per year. Therefore, with hard work and credibility, you can make the same money as the higher-paid semi-truck drivers but work less!