SUVs are a segment of the automobile market that’s constantly evolving, with new models coming out every year. So it can be hard to keep track of which cars are worth looking at.

This article will help you narrow down your options by describing some popular vehicles on the market today.

What is an SUV

SUV stands for “Sport Utility Vehicle,” a term coined in 1984 by an automotive journalist who needed a catchy way to refer to this emerging category of car designed for rugged terrain and adventurous lifestyles.

The SUV has since become one of America’s favorite types of vehicle, ranking as high as fifth in sales volume among all passenger cars sold in 2017.

SUV buyers enjoy their vehicles’ versatility, fuel efficiency (many offer more than 20 miles per gallon on the highway), and safety features.

The SUV segment has also expanded into a variety of styles – not just traditional truck-based SUVs, but crossovers, minivans, and even hatchbacks with elevated ride height and plastic body panels that mimic the rugged look of traditional SUVs.

The first SUVs, also called “4x4s,” were essentially trucks with raised bodies that allowed drivers to negotiate rough roads and obstacle courses more easily. These vehicles proved popular among everyone from farmers to hunters, and the segment eventually grew enough for it to be included as a category in consumer magazines like Car & Driver.

SUVs didn’t become mainstream until the 1980s, when new models were largely inspired by cars that had already been on the market for a decade. Some of these early SUVs include:

In the 1990s, SUVs grew in popularity, and began to draw significant attention from younger drivers. Brands like Jeep and Land Rover launched new SUVs that took advantage of increased horsepower and safety features, while other vehicles became more luxurious with leather seating surfaces and high-tech options like DVD players.

SUVs come in all shapes and sizes, but there are four main body styles:

The earliest SUVs were modeled after basic trucks, which explains why even today’s models still resemble pickups.

These popular sport utility vehicles offer plenty of space for passengers or cargo but can be uncomfortable for those who have to drive for long periods of time.

Most truck-based SUVs are boxy in shape, with two rows of seats and a cargo area behind the driver – if you think a minivan looks awkward, imagine one that’s even longer.

Because these vehicles tend to be larger than other SUV models, they’re known for offering strong towing capacity and high road clearance, as well as for being relatively fuel-efficient.

These vehicles are also usually more affordable than SUV options from other categories.

Minivans have long been popular with families, and many of these vehicles are an excellent match for those with kids.

They aren’t particularly good at off-roading, but they do offer plenty of space for passengers or cargo – along with exceptional safety features that help keep everyone inside safe.

Many of today’s minivan-based SUVs have features similar to those found on crossover models and traditional passenger vehicles, but they retain the low roofline and boxy shape that is typical of minivans. 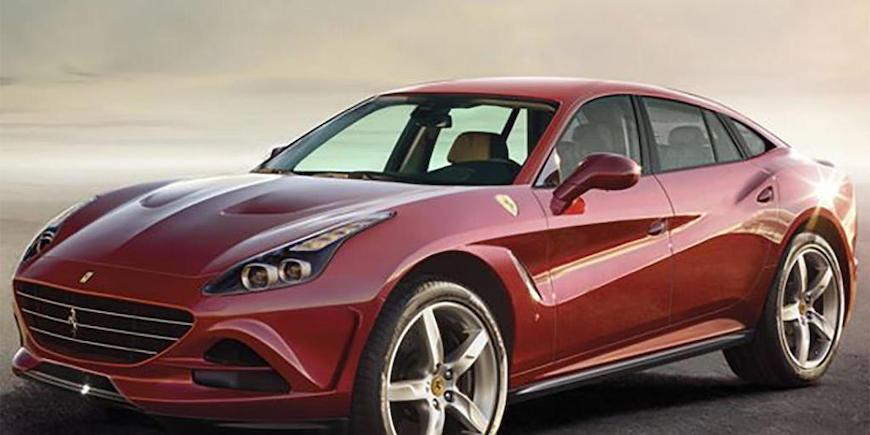 A few brands offer models that are very different from those found elsewhere. These vehicles have been designed with off-road capability and other rugged features in mind, along with more luxury options to appeal to buyers who want a vehicle that is unlike anything else on the road.

These luxury SUVs often include styling options you’d find on a more expensive sports car, and the list of features is extensive. 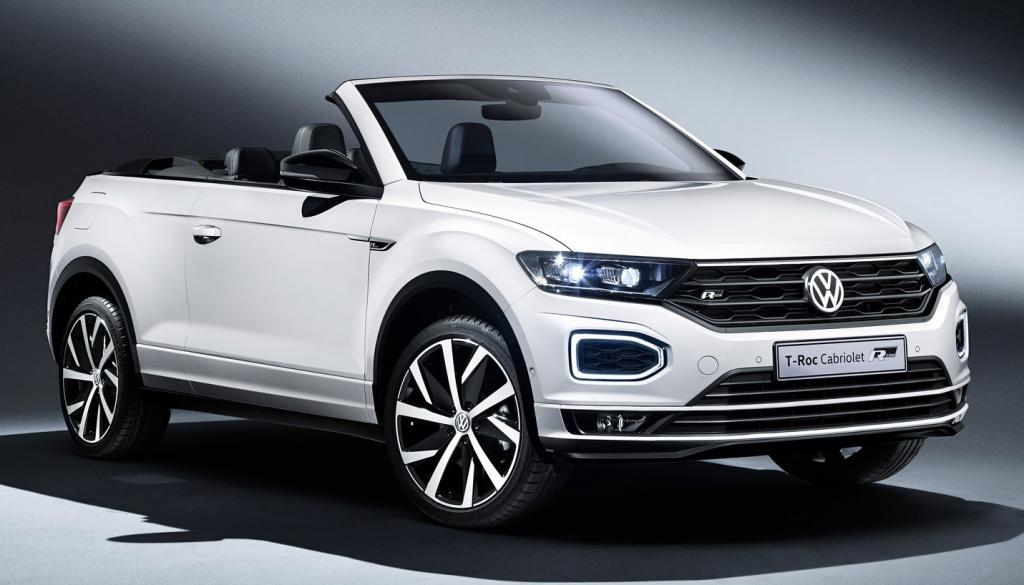 A convertible SUV is just what it sounds like: the body of an SUV that has been designed for use as a roadster. They may have any of the body styles described above, but they’re built with a removable hardtop roof instead of side or rear windows.

Since convertibles are often based on more traditional models, they’re often popular with families and are frequently purchased by buyers who want a vehicle that can take them to the next level of adventure.

Some upscale brands offer various levels of luxury options on these vehicles, including special paint colors and custom interior features. convertibles aren’t always built for normal use; many have been customized to look more like off-road vehicles, with plenty of add-on components.

The main benefit of owning a convertible SUV is obvious: you have the option to use your vehicle as an SUV or as a sports car.

These models are almost always built for extra comfort and luxury features, which means they’re usually quite expensive and have a high resale value when you’re ready to sell. 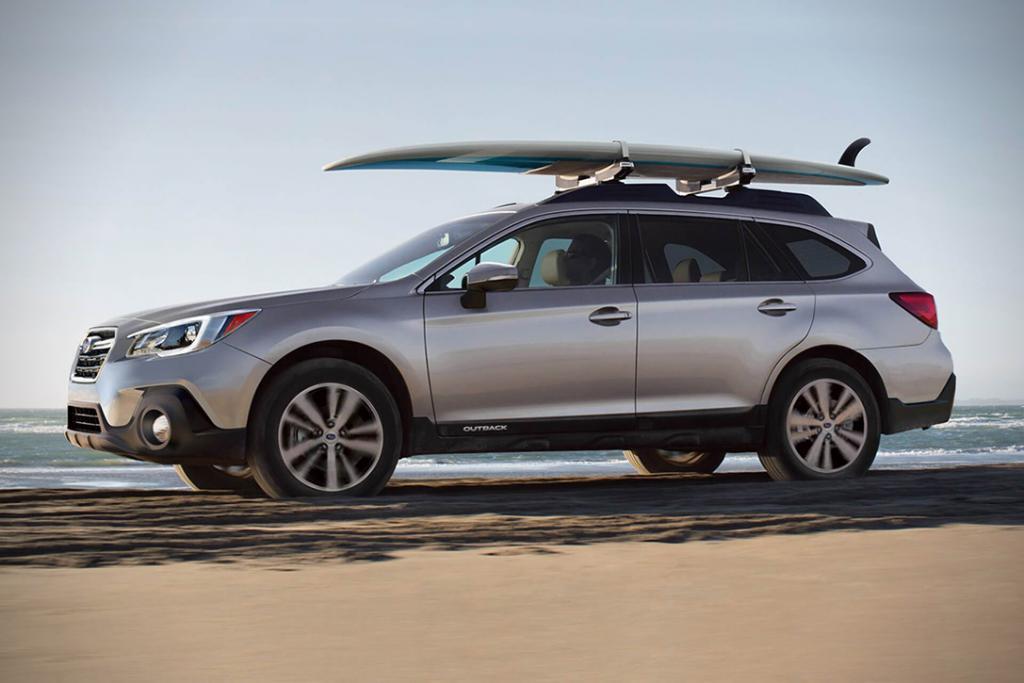 These aren’t technically SUVs, since they don’t have all-wheel drive.  But they’re available in similar body styles and are often used for the same purposes as traditional SUV models.

They share many of the same features (including high ground clearance and rugged styling), but are usually much more fuel efficient than their all-wheel drive counterparts.

They’re almost always built with a broad range of options and are sold as family vehicles, but they often include some features that are occasionally found on more aggressive models – like all-terrain tires and underbody skid plates. 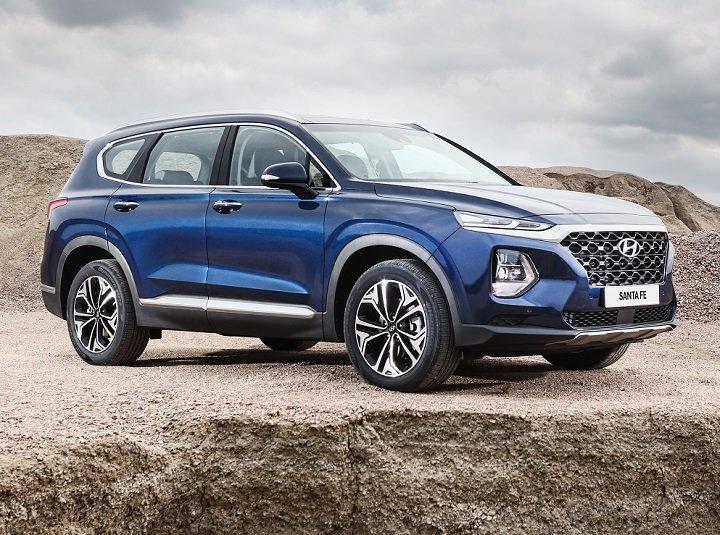 Although they’re often referred to simply as “crossovers”, these vehicles are actually midsize SUVs that have been built based on the body of a passenger vehicle.

They’re available in any of the styles described above, and many of them are manufactured as “hybrid” models, meaning they have the best features (economy, comfort, etc.) from both SUVs and passenger cars.

Crossover models offer a lot of versatility. They’re built for families with lots of gear to haul around, but they usually have plenty of cargo space behind the backseat.

They’re even used for commercial purposes, especially in the rental car industry, because they have plenty of passenger compartments with seat belts and are larger than most passenger cars.

Crossover models may be based on either four-wheel drive or all-wheel drive platforms, depending on manufacturer preference. 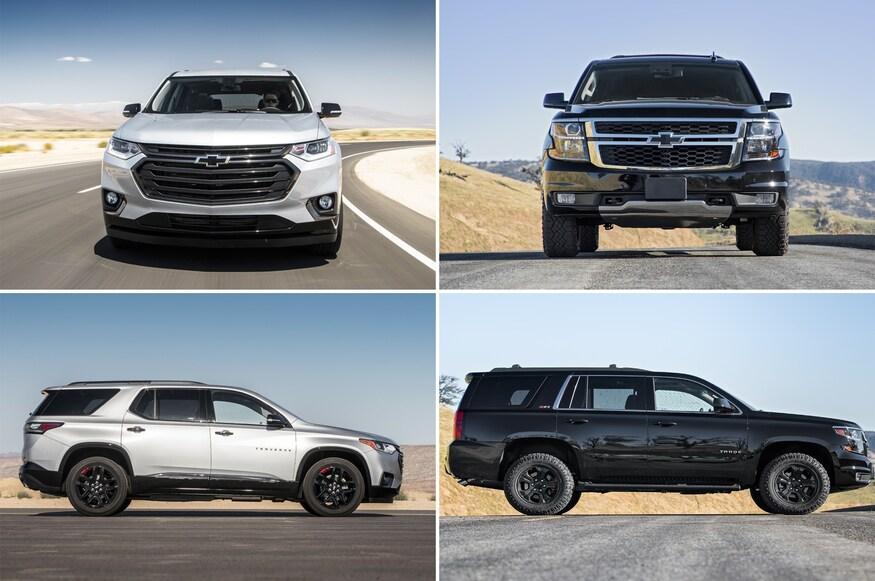 These are the big boys of the SUV world. They tend to be built with larger frames and more rugged components than their smaller counterparts, and they’re designed for off-road use.

They usually have high ground clearance, more powerful engines, and beefier suspensions than those used on other models.

Full-size SUVs are often built with the sort of features that make them perfect for serious outdoor enthusiasts – like removable roof racks or special storage compartments in the cargo area.

Full-size SUVs are available as both four-wheel drive and all wheel drive models. 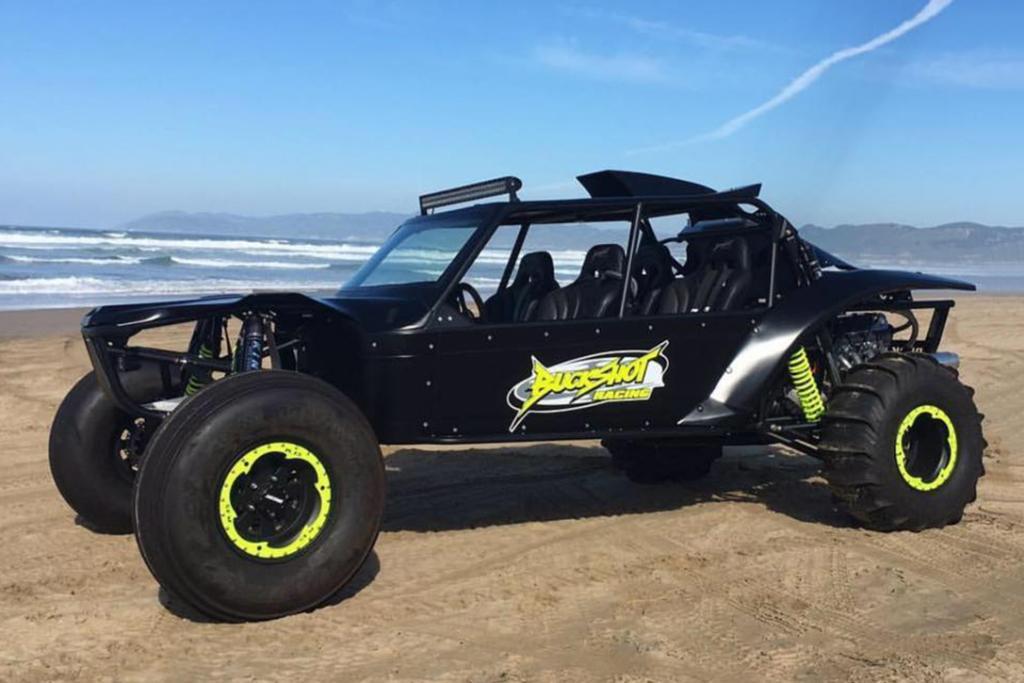 These are the absolute biggest and baddest of the SUV world.  They’re built to be used for serious off-road purposes, like going to remote areas in search of adventure or for competing in extreme off-road races.

Because of their massive size and powerful engines, they’re a lot tougher than even the most full-size SUVs.

Full-size SUVs are often built with large frames so they can support the weight of off-road tires – which used to be 38 inches (about 40 inches today).  But these models are usually built to support tires that are up to 42 inches tall.

Even those that have been built with smaller wheels will have enough suspension travel to accommodate their extra-large rubber.

In addition, most off-road SuVs have differentials and front axles made from stronger materials than the rest of the vehicle. They’re often built with skid plates to protect various components of the engine from debris, and they often come with extra-rugged suspension systems that are designed for high speeds off-road. 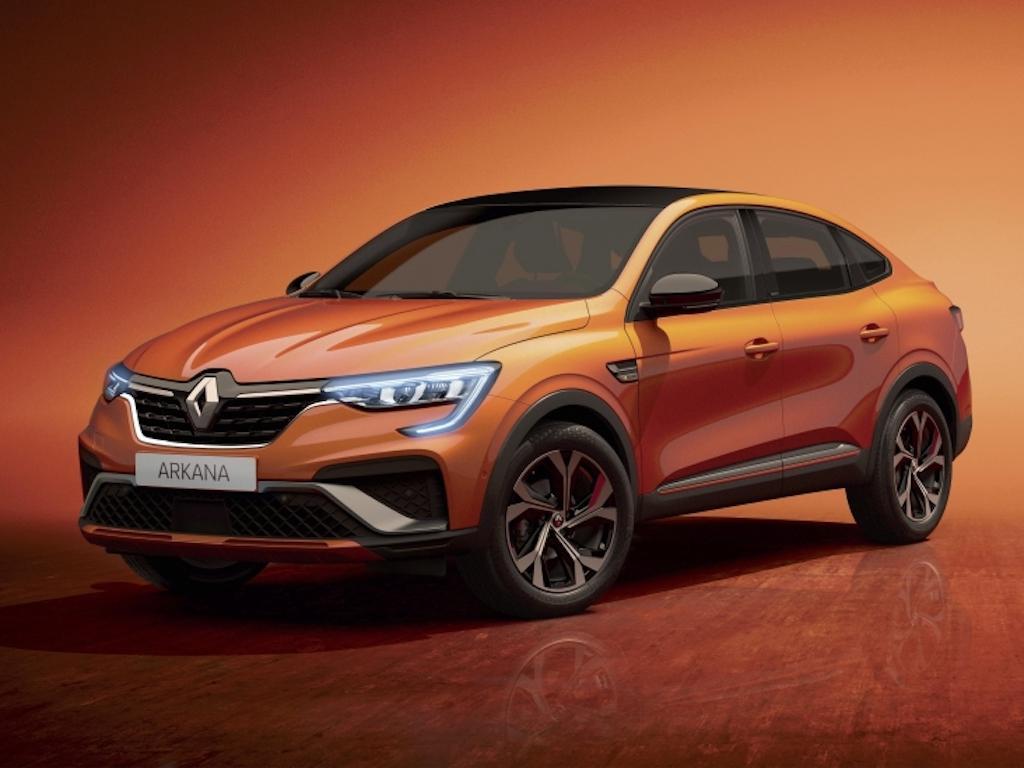 A number of vehicle companies have produced hybrid SUVs that have been built with the body of a sedan or coupe, such as the Toyota Highlander Hybrid, Lexus RX 400h, and the Honda CR-Z. These models are generally just as large as their standard counterparts, but they offer very little cargo space.

Some of these SUVs were designed with extra room for a back seat – in an attempt to woo potential buyers who wanted a vehicle that could handle everyday driving needs and family trips on weekends, all the while being eco-friendly.

But because of their small size, these hybrid SUVs weren’t very successful with consumers looking for practicality – and are thus not often seen on the road.  In addition, many of them were also built with a smaller engine than was found in the standard version of the same model.

Hybrid SUV models are usually built with smaller, lighter frames than the standard version of the same model. But through the use of lighter materials and better engineering, they can handle road conditions just as well as their gas-only counterparts.

Plug-in hybrid SUVs get their energy from a combination of an electric battery and gas. But they can also be plugged into other power sources in order to recharge the batteries, such as solar panels or outlets at home.

Hybrid versions of popular SUV models are produced by many vehicle companies – including Toyota, Ford, and Nissan. Some of the oldest models are now being phased out in favor of newer ones, with sleeker designs that offer more cargo space and superior performance on the road.

Plug-in hybrid SUVs are generally built with smaller frames than their gas-only counterparts because they don’t need to be as heavy or large for everyday driving needs.

They’re also built with lighter materials that can handle the extra electrical equipment in the vehicle, without weighing it down. 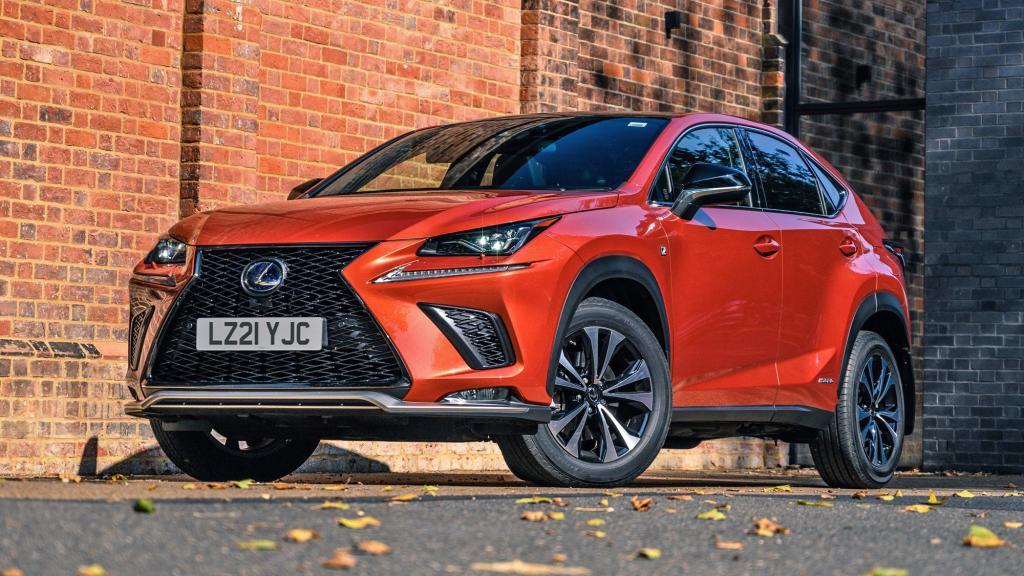 The category of car/SUV hybrids includes any gas-powered SUV that’s built with the body of a car.

They can be sedans or coupes and are generally smaller than their standard counterparts.(Not to be confused with hybrid SUVs, which get their power from both gas and electric power!)

Some of the advantages to having a smaller SUV are that they’re easier to handle and maneuver in tight quarters, have more fuel-efficient engines, and can hold more cargo than their larger counterparts.

The main disadvantage is the lack of passenger space – most models hold only five passengers (versus the normal seven) and offer little cargo space, making them less than ideal for trips with more people or luggage. 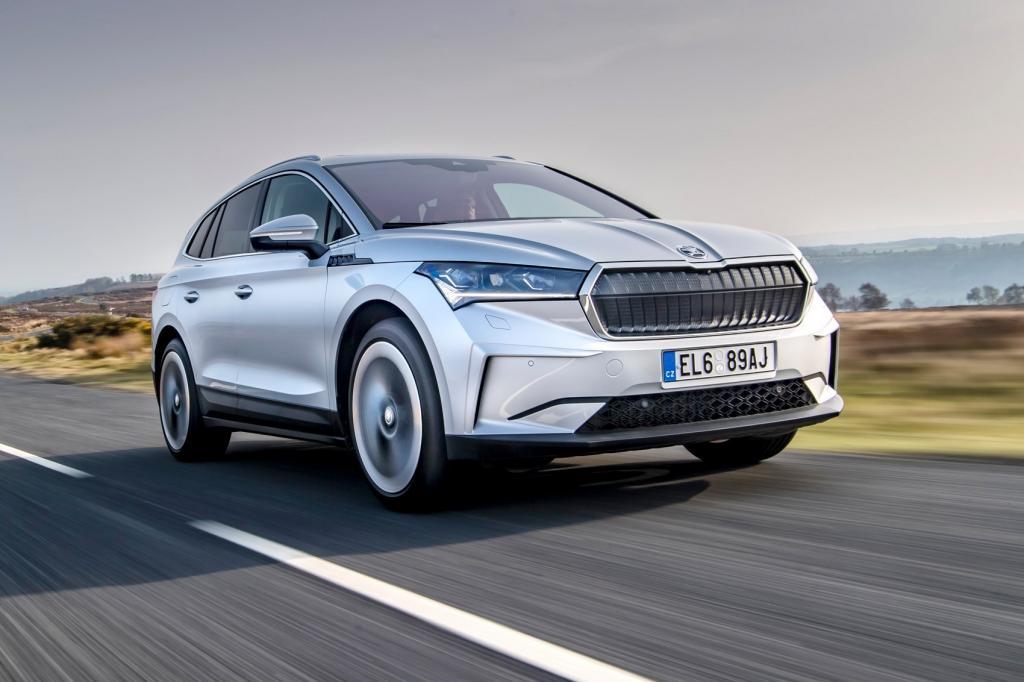 The category of all-electric SUVs includes any gas-free model that runs on an electric battery. As a result, they do not produce exhaust fumes and are generally more eco-friendly than their gas/electric counterparts.

They’re just being introduced to the market now, so demand is still low.

The main disadvantage to all-electric SUVs is the short driving range – most can only go about one hundred miles before needing to be plugged in or charged again, which could cause problems if you have a long commute and hate being late.

On a brighter note, price is becoming more competitive over time, with new models coming onto the market every year.

Number of passengers is also limited, with only five seats available instead of the normal seven – because the extra two are needed to power all the battery equipment and electrical systems. 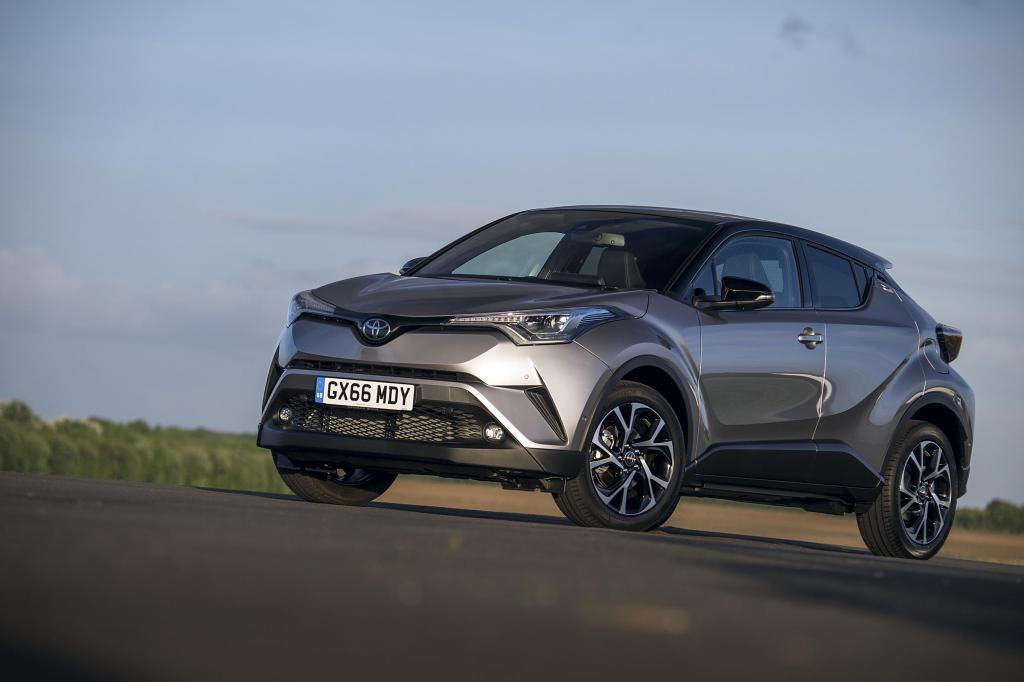 Although all the other hybrid models are generally built for everyday driving needs, hybrid sport utility vehicles are specifically designed to be more like their gas/electric counterparts.

They’re often smaller than average or built with a more aerodynamic design that helps them use less gas while driving – and they’re also known to perform better on the road or in heavy weather.

The main disadvantage is that these models are usually more expensive than other types of SUVs, since they can cost upwards of $50,000 for some luxury brands.

Pros and Cons of an SUVs

SUVs are a great option for anyone who needs more space or wants an easier way to drive. If you’re looking for an SUV, it’s important to remember that not all SUVs are created equal.

We hope this article has helped you decide which type of SUV is best for your needs!