When you have to go somewhere with your child, you usually have to bring a few things that you wouldn’t have brought otherwise. You could put their favourite toys, extra clothes, and a few diapers and wipes in a diaper bag.

You might also have to put a car seat in the car before you get to your destination. But if you don’t have a car and use a ride share service, you might wonder if you can bring the car seat in at all. Well, we can help!

So, can a car seat be put into an Uber? Uber lets parents bring their own car seats as long as they put it in and take it out on their own. Uber is also testing a Family/Car seat option in some areas. For a small fee, this option lets you get a car seat.

But doing this isn’t the easiest choice for parents for a few reasons. So, we’ll talk about the pros and cons and offer some alternatives for people who don’t want to bring their own car seat.

Bring Your Own Car Seat When you use Uber to pick you up and take you where you want to go, you might not think that you can bring a car seat with you. But this isn’t something you should worry about.

Uber drivers pick up all kinds of people, and many parents may need to bring their young children with them. So, Uber lets parents bring their own car seats as long as they put them in and take them out on their own.

You shouldn’t think it’s normal to bring a car seat and ask the driver for help. Their job is just to pick you up and drive you where you need to go. It is not their job to help you put a car seat in.

So, just know that you can bring your child’s car seat if you need to bring them with you. Just put it somewhere safe and take it with you when you get out of the car.

Issues With This Method

It’s simple and easy to get picked up by Uber. But since you don’t have your own car, you have to bring the car seat with you to your destination.

This might not be easy, since you’ll have to carry it with you everywhere. If you were going to the grocery store, this would be a pain to deal with because you would have to carry it around or put it in your cart.

If you are going to a friend’s house, this might not be as much of a problem because they will probably take the car seat and set it aside for you until you are ready to take an Uber home. But this isn’t a good solution for a lot of other problems.

So, what else can you do if this doesn’t work for you?

Well, there is another solution that will work much better for parents who can’t carry the seat around after the ride.

If you know you’ll be taking a child who still needs a car seat, you can use the Uber app to call a car that already has one. There are Uber drivers who are ready for families with children who need a car seat, and they will have one in the car for you.

You can choose the Family/Car Seat option when you’re using the Uber app. This will help you find drivers who already have a car seat in their car so you can buckle your child in and not have to bring the seat with you when the ride is over.

This is a great option for parents who don’t have their own cars but need a way to get a car seat for their child. But there are some things that can go wrong if you only use this method.

Issues With The Family/Car Seat Option

When you need a ride, it all depends on who is free at that moment. The people who will take you as a passenger must also be close to where you are.

If there are certain rules that limit the number of drivers who will take your ride, this could mean that no one is available when you need them.

If you live in a place with a lot of people and a lot of Uber drivers working at all times, this might not be a big deal. But if you live in a rural area where there aren’t as many drivers, this could become a big problem.

This could mean that you have to wait until a new driver is free before you can get a ride, which could take a while. This could make you late if you need to be somewhere at a certain time.

So, this is a great choice, but if you have to wait around for someone with a car seat, there could be some problems.

Even though this seems like a good idea for families and parents, you should be aware of a few more problems.

In addition to the wait time you might have to deal with, your rideshare fare also includes an extra charge. If you choose to ride in a car with a car seat, you will have to pay an extra ten dollars, so this option will cost you more.

This seems like a lot for such a small thing, and many parents might not be able to pay that extra fee every time they need to take an Uber.

Also, the fact that this service isn’t used by many people yet will make it harder for you to use it. There are a few places where families can get this service, but not everywhere has access to this option.

It is only available in a few places in the US, and it can’t be used in places where car seats aren’t an option. Because of this, it can be hard for families in some places to find someone who does this service.

If this isn’t available where you live yet, it won’t be a choice until it’s something that everyone can use when they need it. 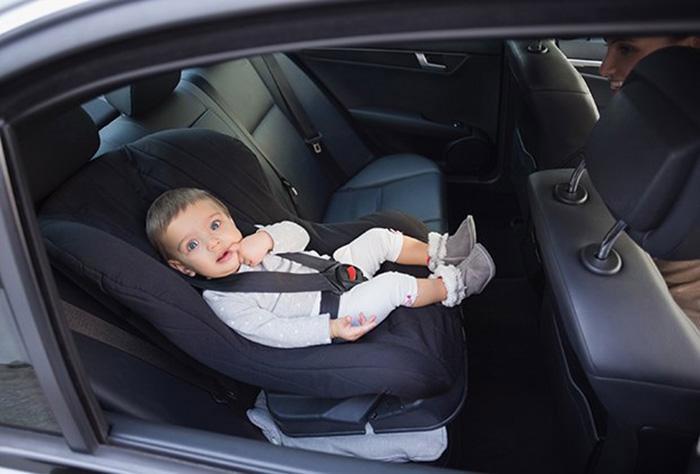 If you need to bring your child with you but Uber doesn’t have a car seat option, you might have to bring your own car seat. But, depending on how old your child is and how much they weigh, you could use a booster seat instead.

If you are comfortable using a booster seat, which is much smaller and easier to carry around, this could be a solution that lets you use a regular Uber vehicle without having to bring a full car seat with you.

It is much lighter and easier to move around with, so this could be a good option for parents whose children are moving from a car seat to a booster seat.

You don’t have to worry about bringing a car seat with you on your next Uber ride because you now know that there’s no reason you wouldn’t be able to.

Uber drivers aren’t required to give you a car seat, but if you bring one and strap it in yourself, you can bring your child with you to your destination. Also, if you bring your own car seat, your fare won’t go up like it does when you use the car seat option on the Uber app.

So, the next time you call an Uber driver to take you somewhere and want to bring your child along for company, you can do so for the same price as if you were going alone. This can also save you money when you want to go somewhere but don’t want to pay for a babysitter.

Just make sure you know what to do with the car seat when you get there so you don’t have to lug that big piece of plastic around the whole way.