Is cleaning your car enough to keep it safe? Car fans are spending more and more money to make their cars look nice. The number of sales of paint polishes, waxes, ceramic coatings, graphite coatings, and other similar products shows this. But we don’t pay attention to the most vulnerable part of the car: its bottom.

People say that since no one sees the bottom of their car, it doesn’t matter if it’s dirty. Yes, you make a good point, but if you want your car to last a long time and not give you any problems, you should think about undercoating it to keep it from rusting.

Do you really need undercoating? 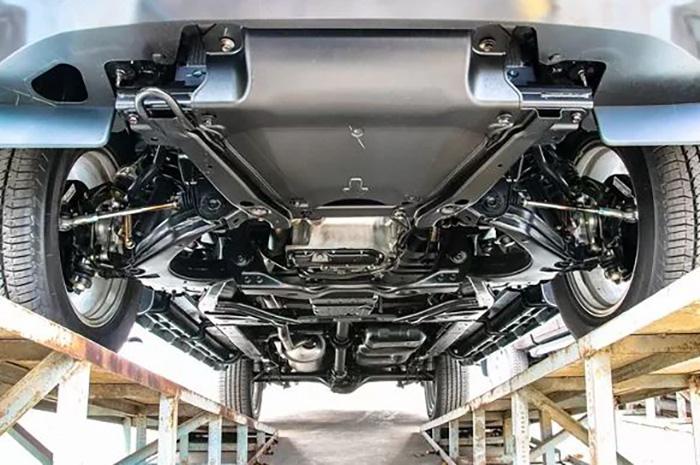 It is true that modern cars have galvanised metal that protects against corrosion to some degree. But in some situations, that might not be enough. Let’s take a look at a few:

1) You drive in snow. Most people who work on the roads use salt to get rid of snow. This salt can be very corrosive, so you don’t want it all over the bottom of your car. If you live in a cold area, your car dealer will even treat your car with an undercoat before it leaves the lot.

2) The car is driven along the coast. Again, salt and humidity are to blame. Vehicles near the coast rust more quickly. And driving your car on a beach is even worse than driving in salty, humid air.

3) You take your car off-roading: Off-roading is hard on your car, especially the undercarriage. You’ll have to drive through slush, over big rocks, and through loose gravel. The underside of the car is likely to get a few scratches. Even if you don’t scrape, mud will get into every nook and cranny. Even with a high pressure washer, this gets very hard to clean. So, if you plan to take your car off-roading, it’s best to get the underbody treated.

4) You want more protection: It’s always better to have more protection. Roads and weather can change quickly, so if you really love your ride, it’s best to be safe. Driveway scrapes on the car’s underside are also common. You will want to put a layer of underbody coating on the car chassis to give it that extra safety margin.

Even though it sounds strange, wax made from sheep has been shown to prevent rust. Sheep make this wax to keep their wool in good shape. This material is used a lot in the business world to keep machinery, ships, and excavators from getting rusty.

This thing also works pretty well on cars. It spreads a sticky wax over every part of the underbody. It needs a day or two to get better after being sprayed.

The dripless oil spray leaves a coating on the surface that looks like wax, just like Lanolin Wax. Lanolin wax comes from sheep, but oil spray is mostly made of chemicals.

The oil spray that doesn’t drip also keeps moisture away and stops corrosion for years. For proper treatment of the underbody, a few holes may need to be drilled in a few places. This helps the product get into and coat hard-to-reach places.

This is a pretty cool and simple way to stop corrosion. It makes us wonder why this device isn’t already in every car from the factory. A small device called an electronic rust inhibitor sends a weak current to parts of your car that tend to rust. A dealer will charge around $1000 for this device, but an aftermarket shop will sell it for $300.

Still, there are two schools of thought when it comes to this method. Some people can vouch for it, but the Automobile Protection Association tells people to save their money and not bother with it.

Rubberized coating that is sprayed on is one of the most common and easiest ways to coat the bottom of a car. They come in spray cans so that anyone can use them. The spray has thick substances that look like rubber and tar. They cover the underbody and seal it once they dry.

This is a rubberized undercoat spray made for professionals. The rubber layer on top of the bare metal underbody protects it from stone chips and rust better than any other material. Rust-Oleum 248656 is a great choice if you want to work on your car yourself.

The spray works even if it is turned upside down. Rust-Oleum has a technology called “any-angle spray” that takes care of this. This is especially important when you’re treating the underside of a car and trying to get into hard-to-reach spots.

In just one hour, Rust-Oleum rubber coating is dry enough to touch. About 10 to 15 square feet can be covered with one can. So six cans should be enough for a small or medium car. About 8–10 cans would be needed for a truck or SUV.

The rubberized undercoating from 3M 3584 works like the Rust-Oleum 248656 that we just talked about. This leaves a black layer of rubber on the surface. 3M says it can be put on right over bare metal without priming the surface first.

The Rustspot RS-5 is a modern way to stop rust. It’s an electronic device that sends a weak current to the parts of a car that tend to rust. Some people swear by the Electronic Rust Prevention system, while others like the old-fashioned way of undercoating.

The company does cover this device for 10 years. The best thing about this is that it’s easy to install because you don’t have to slide under your car to paint hard-to-reach spots. This can be a good choice if you want to try a newer way to stop rust but don’t want to work too hard.

Woolwax uses a mix of Lanolin wax, petroleum oils, and other anti-rust chemicals to keep rust from forming on the underside of cars. Lanolin wax comes from sheep’s wool, and it is used a lot to protect ships and machinery used in mining and construction.

This product doesn’t harden when it dries, so it can be cleaned if necessary. Its safety and lack of toxicity is another thing that makes it stand out. Toxic chemical-based undercoats could be bad for your health if you use them. It can protect against rust for up to a year, after which the underbody will need to be repainted.

Fluid Film anti-rust spray has the feel of penetrating oil, but it is made with Lanolin wax to protect against rust. Since oil can get into tight spaces, it’s easier to coat hard-to-reach places.

This item is also used in the aerospace and marine industries. Like Woolwax, this is a great choice if you don’t want a permanent black rubber coating under your car. And it doesn’t hurt you.

Barrier Bond is an anti-rust coating that doesn’t drip. It dries into a layer that looks like wax on the surface. This layer can take the impact of gravel chips and protects well from rust. It comes out of the can with an oily feel. This means it can flow into places that are hard to reach and settle as a waxy layer about 5 mm thick.

After putting this product on, give it about 6 hours to dry. It smells like cherries, which is a plus if you don’t want to smell harsh chemicals while working under your car.

WD-40 is known for its ability to protect against rust, lubricate moving parts, and loosen nuts and bolts that have become stuck. This specialised version of WD-40’s corrosion inhibitor makes it even better at stopping corrosion.

WD-40 doesn’t dry into a rubber layer or wax like some other sprays do. Instead, it stays the same as it comes out of the can. It got deep into tight spots to do a great job of covering. The company says that this product will prevent rust for up to a year when used outside. But I’d say it’s a good product if you only need protection for one winter or monsoon season.

If the underside of an old car is already dirty, it’s better to use WD-40 than to cover the dirty area with rubberized coating, since the metal might continue to rust underneath the rubber coating.

*A permanent undercoat should always be put on a clean metal surface.

Use degreaser to clean the metal surface.

Rust Reformer can be used as a guide to Coat rusty spots that are hard to reach before you spray undercoat over them.

Use Face Mask and googles for safety

How Long Does Undercoating Last?

It depends on what you’re using. Some rubberized coatings only last for one season, while others that are made to be permanent can last for many years. It’s a good idea to check the undercoating and touch it up every year.

Does undercoating has any cons?

Depending on how the undercoating is put on, the underbody could rust or not. It’s best to put undercoating on a new car right after it comes out of the showroom, when the underbody is still clean. Corrosive things will cover the underside of an old car.

Now, if you spray a permanent coating on a metal surface without first cleaning it, corrosive elements will get stuck between the undercoating and the permanent coating and continue to eat away at the metal. The worst part is that you would think the car is protected, but underneath the coating, the car will be rusted.

What Is A Straight Pipe Exhaust?
Can A Car Battery Be Too Dead To Jump Start
Best Magnetic Phone Mount
Will A Bad AC Compressor Affect The Engine