It’s time to add Honda to our list of cars that have been updated or improved in 2017. The outside of the new Honda City has been changed to make it look both rougher and more modern. This new version of the car just came out in Thailand. It costs around Rs. 10.6 lakh, which is about 5.5 lakh Baht.

This version’s shade of blue is similar to the cobalt blue of the Type 2 Honda City, which was released in India. It’s easy to see how the outside has changed, but it’s harder to see how the inside has changed. It now has a black dashboard with silver accents, but it still has the glossy black plate that holds the touchscreen, which is not as popular. Most of the equipment stays the same, like the sunroof, electrically foldable mirrors, rear parking sensors, adjustable steering, and split and foldable back seat. 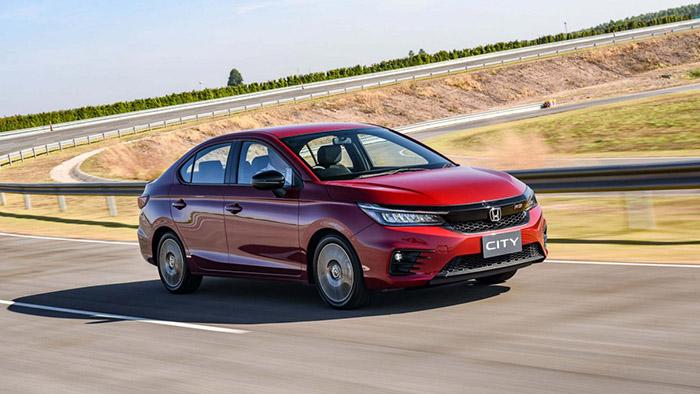 On the outside, there are a lot of changes, and the front has been redone from top to bottom. On the inside, it’s quiet. It has the same three-part bumper style as its recently updated siblings, the Brio and the Amaze. A thick mesh goes over the front grille and into the headlights. The air dam is now black and has a horizontal splitter. When the headlights are turned on, the LED DRLs now stand out. The back bumper has been made to look more sharp. There is a new style of alloy that could also be used in India.

As far as the Indian market is concerned, it will have the same engine and gearbox options as it does now. ABS and dual airbags in the front should come as standard to meet the safety standards that are expected to be put in place soon. This new Honda City was seen being filmed for a TV commercial in India, which shows how close the launch is. Prices are likely to go up by a small amount, starting at about Rs 8.5 lakh (for the basic petrol model) and going up to Rs 13 lakh (top diesel model).

Which Is Better, 5w40 or 5w50 Oil?
New 1.3-Litre Engine Mercedes Nissan Renault Mitsubishi
Can Antifreeze In A Gas Tank Damage An Engine?
How Long Does It Take To Wax A Car