When asked about a car that would compete with the Mustang and Camaro, the VP of product planning for North America said, “Keep an eye out in a couple of months.” The new Hyundai sports car could use the Kia Stinger’s frame and the 5.0-liter V8 from the Genesis G80.

Autoline TV recently spoke with the company’s top manager. During the interview, the panel asked if the company has anything that can compete with the Ford Mustang and Chevrolet Camaro. The panel wanted to know if it would have a V8 engine and rear-wheel drive (RWD). Mike O’Brien told them to wait “a couple of months” before asking about the driveline and powertrain.

The new 2018 Hyundai Kona is smaller than the Creta.

If you add two months to this date, you get to the North American International Auto Show, which is also called the Detroit Auto Show. It’s the biggest auto show in the world, and car companies use it to show off their high-performance cars. It’s a great way to show off the new Hyundai sports car. 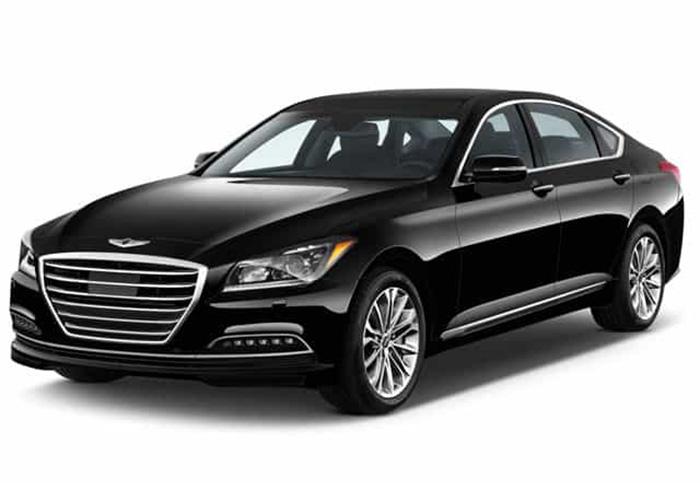 When asked about the V8 and the driveline, O’Brien just gave a shrug. Hyundai could use the 5.0-liter V8 engine from its Genesis G80 luxury car. At the back wheels, it has 420hp. Or, it could release the Kia Stinger with a Hyundai/Genesis badge and keep its V6. But then the products of the two sister companies will be the same. So our money is on the V8. The chassis will come from the Kia Stinger, though.

V8 seems like the right choice, since this will be a major product that will bring people into the showroom. There could also be a few smaller turbocharged engines under the hood of the Hyundai sports car.

Is It Hyundai Sports Car or Genesis?

Even though the car might have a Genesis logo, we’re betting that it will have a Hyundai logo. On their noses, both the Chevrolet Camaro and the Ford Mustang have a logo for a cheap brand. Even though Ford has a luxury brand called Lincoln and Chevrolet has a luxury brand called Cadillac. Both are owned by General Motors. The goal is to make the car seem like it has “affordable performance.”

Ford sells the Mustang there already. Even though it has to pay a lot of taxes, the Mustang sells well in India. Hyundai might also think about selling it in India, but first it needs to do well in the land of muscle cars. The car will go on sale in the U.S. at the end of 2018. It will take about a year to get a firm foothold in the country before it can even think about going elsewhere.

If that happens, we might not be able to get the car until 2020. With a price range of Rs. 60–65 lakh, it will be a strong rival to the Mustang and a star product in its showrooms. If the price is low enough, buyers will be able to look past the lack of history. At the moment, the Ford Mustang costs Rs. 71.6 lakh.