Driving in Las Vegas can be like going from one car to the next. The I-15, which goes through the city, often backs up at busy spots, and driving down it can be a pain.

The Strip’s long red lights, stop-and-go traffic, and people walking in the streets are the stuff of nightmares.

Even though Vegas might not be the best place to go for a joy ride, it is surprisingly a great place to visit if you like cars. And we’re not just talking museums.

The best thing about Las Vegas’s car scene is that each car is different from the others. You can find a car thrill in Vegas whether you want a calm afternoon on a showroom floor or a high-speed thrill ride around a racetrack. Have you ever wanted to be a race car driver? If so, this Las Vegas trip can help your dream come true in a small way.

Dream Racing Driving Experience sells experiences by the lap, and the price depends on the type of car you want to drive.

For your money, you’ll get a training session with an instructor who will explain how your chosen car works and how to stay safe, a 3-D simulator session where you can practise what you just learned, a set number of laps around the track in the car of your choice, and access to the Dream Racing Lounge with a friend.

It’s expensive, but here’s where you can safely drive a sports car or exotic car at high speeds. And it costs less than the next thing we want to do with a car.

If you want to drive an exotic car but want to spend more time with it and don’t feel the need to push it hard, you might want to rent one instead of buying one. In Las Vegas, there are many places that rent out exotic, luxury, and high-end sports cars.

It’s no surprise that these rentals aren’t cheap. For one day, you can expect to spend several hundred dollars. But if you have money to waste on a vacation, why not drive a Ferrari down The Strip?

Or, even better, leave the city lights behind and drive on some of those desert highways. You’ll find wide open roads with speed limits that aren’t too low.

I’d give you a link, but there are dozens of places in Vegas where you can rent exotic cars, so just search “exotic car rentals Las Vegas” and pick one. It was made by Shelby. This version of the Ford Mustang is the most powerful and fast one ever made. It is also Las Vegas’s only claim to fame when it comes to making cars.

In that year, Shelby American, which makes Shelby Mustangs, moved its headquarters to Las Vegas. This made Shelby American the first car company in the state of Nevada.

Today, the headquarters of the company has a museum with more than 30 Shelby cars on display at any given time.

If you want to see these high-performance cars, you can take a free tour of the showroom Monday through Saturday, or you can take a tour on your own at any time. The museum is also called the Shelby Heritage Center.

There is also a large souvenir shop where you can stock up on all your favourite Shelby Mustang clothing and collectibles.

Are you a fan of old cars? At Nostalgia Street Rods, you can look at some of the most beautiful and well-restored old cars, trucks, and scooters in the American West.

Most of the cars in this collection, which the owner bought himself, are Fords, but there are also a few Chevys and a treasure trove of auto (and other) memorabilia.

Nostalgia Street Rods tours must be scheduled ahead of time and cost $20 per person for a standard tour (which happens every hour on the hour) and $50 for a VIP tour with just one person. 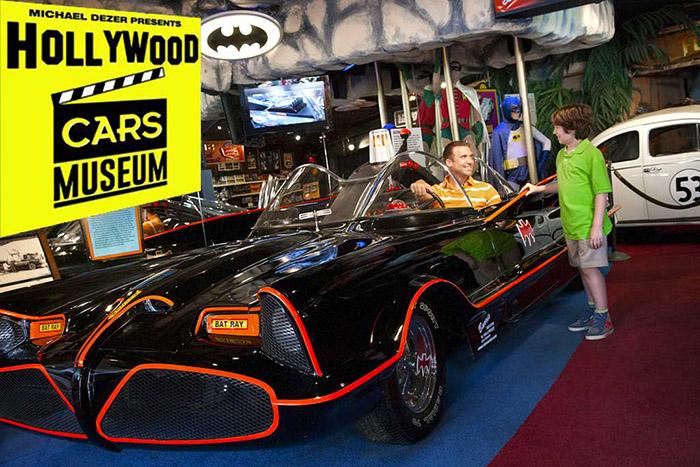 Okay, so it’s kind of cheesy and a little more “pop culture” than most of the things on this list, but if you like cars from TV and movies (and custom celebrity rides), you’ll like Vegas’s Hollywood Cars Museum a lot.

Some of the cars in the museum are what you would expect to see in Las Vegas, like the shiny, jewel-encrusted ones from Liberace’s collection. But there are also a lot of cars from Hollywood.

Some of the cars on display are copies. For example, that is NOT the car in which Bonnie and Clyde were killed. The Fast and the Furious cars and the Batmobile from the 1989 Batman movie are real.

Unless you’re a huge fan of one of the movies or TV shows on display, you won’t find much here that stands out. But if you just want to look at famous cars for an afternoon, you’ll be happy.

Not every custom car stands out for how shiny and bright it is. Some are known for their shabby-chic designs.

They are called “rat rods,” and if you like them, Las Vegas is an art mecca.

Steve Darnell of WelderUp makes some of the most unique and eye-catching rat rods you will ever see. They are so cool that they were featured on the Vegas Rat Rods show on Discovery Channel.

But you don’t have to watch TV to see these rust buckets. WelderUp lets people take self-guided tours of their showroom, which has several rat rods from the show and more from Darnell’s personal collection.

Is it a group of cars or pieces of art? Come by for a visit and make your own decision.

7. Get chased by the police.

Or go after them.

At other racetracks around the country, you might find something similar to Vegas’s Dream Racing Driving Experience. Even Vegas has a NASCAR experience and a Mario Andretti Racing Experience, among other racing-themed things to do.

But the last thing on our list is unique in the whole world.

Experiences include classroom and hands-on training in defensive driving, reactionary driving, and pursuit driving. Instructors and drivers are current or former police officers who have been trained in tactical or emergency vehicle driving.

If you’ve ever wanted to be in a movie car chase, this is about as close as you can get.

Have fun in Vegas!

Is It that Bad to Overfill Your Gas Tank?
How Long Do Spark Plug Wires Last
Miles Per Gallon For Dodge Ram 1500
What Are Rear Differential