Where Can You Find A Vehicle Identification Number Updated 02/2023

Most people have heard the term “VIN,” which stands for “vehicle identification number,” but they don’t know what it means. Yes, they do know that every car has a number. But what exactly do those letters and numbers mean? And, more importantly, why do we have VINs in the first place?

Where Can You Find a VIN?

If you don’t know where to look on your car to find the VIN, you only need to look in one of two places. The most obvious place to look for the VIN is on the dashboard on the driver’s side. It’s written on a small plate that’s right next to your windshield. But you can also find it written on your engine’s firewall. If someone gets the number off your dashboard, the police or your mechanic can look inside the engine to find it.

What Do the Numbers and Letters on Your VIN Mean? 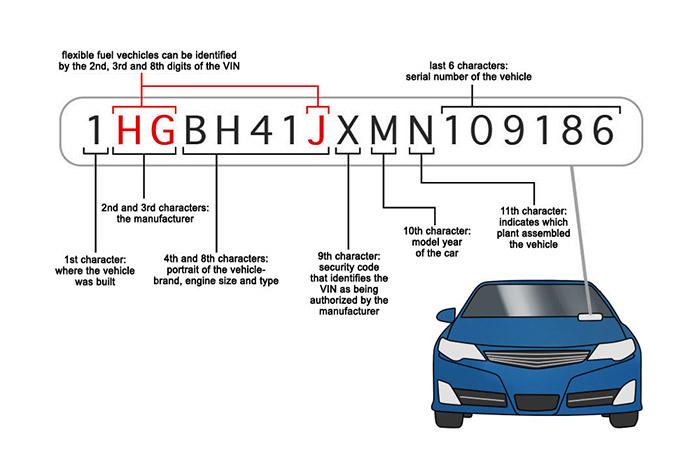 The 4th through 8th numbers tell you things about your car. Some of this information is: the type of model, the type of body, the type of safety system, the type of transmission, and the code for the engine.

The “check digit” is the 9th number, which is a random number. This was put there on purpose by the company that made the car to stop people from changing the VIN.

The year your car was made is shown by the 10th number or letter.

The 11th number stands for the place where the goods are made. Each company that makes cars has a lot of plants. With this number, they can find out where the car was made.

The sequence number is the 12th through 17th numbers. This is given by the carmaker and is different for each car.

What Information Can Be Tracked Using the Vehicle Identification Number?

People often think that the VIN is only used to register the vehicle. If you’ve ever looked at your Department of Motor Vehicles registration card, you’ll see that the VIN is written right on it. If you want to register for the first time or renew your registration, this information will be on the card you fill out. You’ll also see this number on some car licence plates.

But your VIN can also tell you a lot of other things about your car. Here are some of them:

You can use a search engine to find out if there have been any recalls for your car by putting in its VIN.

The VIN is used by the manufacturer to send out recall notices.

When you trade in your car, the dealer can find out if it has been in any accidents. If you have been in accidents and didn’t tell anyone about them, the trade-in value of your car will go down.

Third parties can also use the VIN to find out who owns a car. The DMV will do this search if you try to register the car or change the title.

Using the VIN, manufacturers can keep track of upgrades and sales for a vehicle.

If someone looks up your vehicle identification number, they can find out if you’ve ever been in an accident.

Your car’s identification number is a bit like its fingerprints. It can’t be taken away or changed in any way. And it tells you all kinds of things about your car.

Why Would You Ever Need to Know Your VIN? 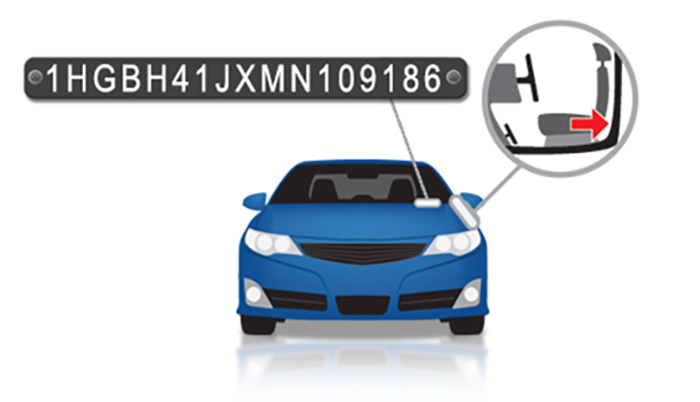 Your VIN makes sense as a way for the manufacturer, the police, and the DMV to keep track of things. But knowing your VIN can also help you in some ways.

You can use your VIN to order replacement parts if you ever need to. With this information, you can go online and order the parts you need. If you call a repair shop to find out how much it will cost to fix your car, they may ask for your VIN.

As was already said, you can also use your car’s VIN to see if it has been recalled. Sometimes, the recall notice that the company sends in the mail doesn’t get to you. Or you might have it but can’t find it. By putting in your VIN, you can do a quick search online.

If you want to sell your car on your own, you should check its history of accidents and owners. You can also do this on the web. Or, you can order a report on the car’s past. So, if you try to sell a car, you won’t find out later that it was in a major accident before you bought it.

Run the VIN if you want to trade your car in at a dealership so you can buy a new one. This will give you a good idea of what the dealer will find when they check your car. It’s always best to have this information before you need it.

Can You Change Your Vehicle Identification Number?

Like we said above, your VIN is like your fingerprints. You really can’t do anything about it. You could try to scrape it off or change it, but why would you? When someone steals a car, they do things like this. Even so, they probably won’t know to check the firewall of the engine. The police or the DMV will be able to find your car at some point.

Even so, thieves still might try to do these things. Car thieves try to change a VIN in the same way that criminals try to change their fingerprints by having their fingertips burned or mangled. They may try to get rid of some of the letters or numbers so that the police won’t be able to tell that the car is stolen. Or, they switch out the VIN plate for a different one. Even if this buys the thief some time, the police will still find out the truth in the end. They can check the firewall of the engine. Or, they can find the company that made the car and get the correct VIN from them. The police can find out a lot of things that we can’t.

Why Would You Want to Change the VIN?

It makes sense that a criminal would want to change or get rid of the vehicle identification number. They don’t want the police to see the VIN if they’re driving a stolen car. Same thing if they want to sell a car that was stolen. If they didn’t change the VIN, the person who wanted to buy it could look it up and see that it had been stolen.

But it’s not just criminals who try to change a VIN. Some people think that if they change the car’s VIN, a potential buyer won’t know that the car was in a terrible accident. The same thing can happen if someone doesn’t want to pay to register or insure a car. They think that if the police or DMV can’t see the VIN, they won’t have to pay fines or get tickets.

Don’t try to change your VIN. That’s the best thing to do. There’s a reason why it’s there. 99 percent of you would never think about changing your VIN. But if you were planning to do this, you shouldn’t. It will just make things harder for you.

How To Test An Alternator
Best Chrome Spray Paint
How Do You Fix Hyper Flash Without Resistor?
How To Know If Power Steering Fluid Is Low