Volkswagen Virtus, the second-generation Vento debuted in Brazil. The idea behind the Vento was to take the Polo hatchback and add a trunk. The Virtus uses the new sixth-generation Polo, which is built on the MQB A0 platform, and follows the same philosophy. VW will also bring Virtus to the new markets, as well as the ones it already has. Scroll to the bottom to find out if this is going to India. (See: Sixth-generation VW Polo)

When we talk about design, we will have to link to the article about the sixth-generation Polo because Virtus is the same car. However, with a boot. First, the car looks like it got bigger. It appears to be bigger and longer. But that’s only because the size has grown. The face of the front of the car slopes down, and the LED headlights are slimmer and fit well with the grille. The shoulder design on the side is unique because it is on both sides. The back of the car is more modern looking than the back of the Vento. The taillights look like they were inspired by the Hyundai Verna, which shows that VW is trying to learn from its competitors. (Read: The VW Vento Highline model came out) 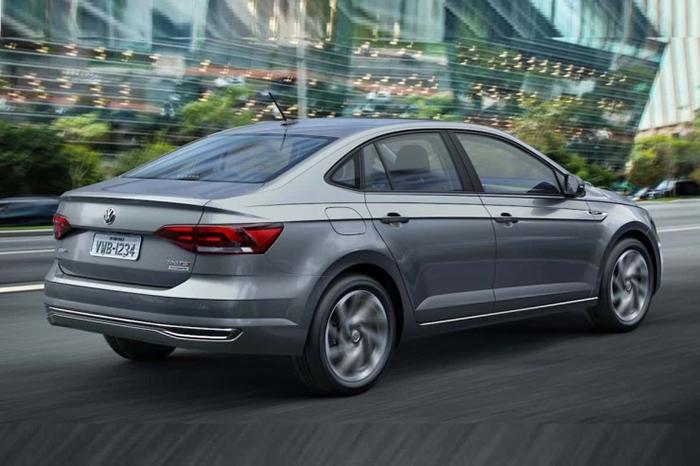 The VW Virtus’s inside is the same as that of the new Polo. This isn’t a bad thing, since it’s a great place to be. The new dashboard is made for the driver and has a big 10.25-inch touchscreen. There is also a lot of space, even for people sitting in the back. The Volkswagen Virtus has a wheelbase that is almost the same as that of the Jetta.

Like with the sixth-generation Polo, it’s not clear if the VW Virtus will be sold in India or not. The problem is that these cars are built on a brand-new platform called MQB A0. So, the company has to put a lot of money into localising this platform. Volkswagen India had planned to use the Tata AMP platform in the past. But that deal has hit a snag because Tata’s AMP platform would have to be changed for VW and Skoda at a cost of about Rs 1,000 crore. Now, the German company is thinking again about how to make MQB A0 platform work better in India. If that happens, then the 6th-generation Polo and Virtus should be coming.