A driver’s choice of a vehicle is influenced by a variety of elements that are unique to him or her. a gasoline or diesel engine, a city or off-road setting, a color scheme, a slew of technical features, and the vehicle’s shape all matter. It’s not uncommon for the same model to have multiple body modifications, which can be confusing to customers. Many parallels and differences may be seen between the station wagon and the sport utility vehicle (SUV). Where do you draw the line?

The main features of SUVs and station Wagons

Since the market accepted the SUV as the answer to all questions, even the unspoken ones, customers have been interested in the duel wagon vsSUV. To be taller, to be able to see further, to have a superior appearance. Here’s how things really stand in a serious, practical sense.

These off-road vehicles, often known as crossovers, are capable of negotiating tough terrain. However, today’s SUVs will be as helpless as standard sedans if they reach truly rural areas.

Although today’s SUVs are rapidly becoming city cars, they still have front-wheel drive and are equipped with all-wheel drive.

Even though the Audi A6 Allroad is an example of a crossover station wagon, it lacks cross-country capability and a combination of power and compact size.

When it comes to SUV sales, it’s fair to say that they’ve been on a Cinderella rise. When they were first introduced 20 years ago, they only accounted for 5% of the market; today, they account for about 30%, outpacing even the compact class. 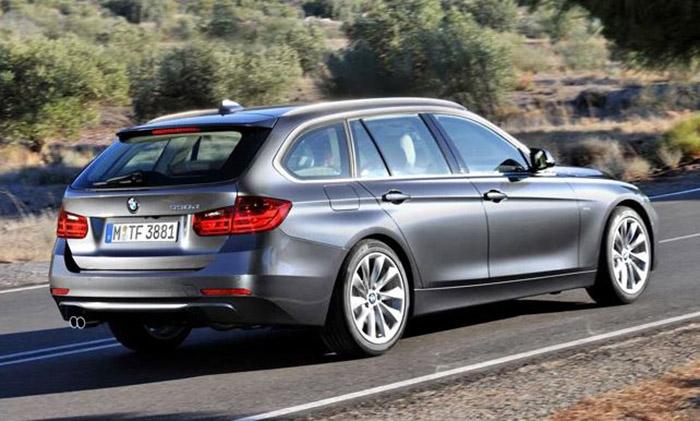 What is it about SUVs that makes them so popular in every automobile market?

The wide seats, internal spaciousness, and size of the automobile provide for a more enjoyable driving experience and almost eliminate blind spots.

With the high steering position, drivers can see around corners and above sedans and other traffic-constrained vehicles. It’s especially useful while trying to park in tight spots or at busy crossroads. Obviously, if other SUVs aren’t encroaching into your lane.

Despite their high reliability ratings, sedans and hatchbacks are not the safest vehicles on the road. Drivers of SUVs are far less likely to suffer injuries or damage to their vehicles in a collision than drivers of other types of vehicles.

Except for a minibus, an SUV can carry the most passengers of any vehicle. Models on the market that have three rows of seats broad enough to fit adults are available. As a result, an SUV can serve as a vehicle for a small family.

For an out-of-town trip, you’ll have plenty of room in your trunk. An SUV may appear to be a massive vehicle, but it is actually quite small, extremely roomy, and a universal mode of transportation for all drivers.

SUVs with the ability to tote hefty loads are a need for anyone who enjoys being outside. The motorcycle and boat trailer or even a light caravan can be towed by it. The SUV doesn’t have to be a truck, of course.

With this vehicle, you may drive it in urban traffic and on dirt roads at the same time. In the winter, when the roads are impassable, this aspect will be most apparent.

As a result of being equipped with an all-wheel drive system, special off-road features, and plastic side protection, SUVs are an invitation to fun and adventure.

Small turbocharged engines, together with low coefficients of air resistance, are standard on the majority of models, allowing owners to save a significant amount of money on fuel.

But this trend of decreasing the engine and power of a large SUV to make it more fuel efficient can limit its utility only in metropolitan areas. And the fuel consumption of hybrid SUVs is becoming increasingly trivial.

These bodies have seen a major decline in popularity in the last few years, but why?

SUVs, as well as station wagons, offer a lot of interior space, as we’ve already seen. They’re roomy and comfy, but they’re not as heavy as SUVs.

If you need to transport a group larger than five persons, most vehicles can accommodate the addition of additional seats.

Station wagons have a low center of gravity when compared to SUVs. When the station wagon accelerates, the opponent is left far behind, despite the fact that both vehicles have the identical technical specifications and power units.

The Mercedes AMG E Class station wagon, for example, is one of many strong sports models available on the market that are on par with sedans.

In addition to the car’s light weight, low landing contributes to fuel efficiency. If you buy a diesel station wagon, you can observe how much less fuel it uses than an SUV.

FWD or AWD SUVs are known for their superior handling and sturdiness on the road. Modern station wagons, on the other hand, are equipped with AWD FWD. Models of this type are frequently less expensive than SUVs.

For example, the Audi Allroad is a station wagon with some SUV attributes. According to rumor, a four-wheel-drive vehicle’s controllability is superior to that of an SUV.

You won’t be a surprise to anyone if you drive an SUV these days. There is no escaping a station wagon on the highway.

It’s not just a functional and trustworthy car, but a vehicle that is sure to impress others as well.

This is the primary drawback. SUVs are unquestionably more expensive than any station wagon. For this reason, there are more pieces in a car’s chassis, as well as a larger number of parts in general. The initial investment in a new car will necessitate a large amount of money spent on maintenance.

Repairs, seasonal tire changes, and oil changes will all cost him more money in the long run. It is claimed that even the exhaust of an SUV is more expensive than that of a station wagon because of its weight and dimensions.

SUVs may be more fuel-efficient than station wagons, as I’ve already mentioned, but it doesn’t mean they’re better than them. Why does the same engine in both vehicles appear so drastically different?

As a result of the SUV’s weight and size, the additional liters are clearly evident.

Some SUVs aren’t capable of going off the beaten path. The majority of SUVs sold across the world are front-wheel-drive, which means that not everyone is willing to trek into the woods.

There is a limited amount of room. More space is not always provided by a larger SUV. The most popular class of compact SUVs has a shorter wheelbase than wagons designed for families, and the trunk volume is not any larger.

Car owners have too many preconceptions about what a car should look like, therefore they’ve fully shifted away from station wagons to sedans and SUVs. Car buyers rarely consider this specific body style, despite its many advantages, because it appears clunky and sluggish.

To put it another way, even the best all-terrain wagons now on the market fall short of the performance of an ordinary crossover.

Parking in metropolitan places can be a challenge for people with lengthy bodies. The station wagon, on the other hand, may need to share a parking spot with an SUV.

The owner of a station wagon will have to work hard to find adequate space for his ship in traffic jams, small lanes, and the car-filled courtyards of the living area.

Only four things can be deduced from the results, which aren’t surprising at all when examined in detail. To begin with. We don’t always make purchases solely based on what we’ve read or heard about.

Station wagons may have an advantage in maneuverability, but SUVs have a more appealing look and feel.

Second, easy accessibility isn’t a priority. As a rule, SUVs have a higher fuel consumption and a higher sticker price than similar-sized station wagons.

The good old station wagons, in the third place, nevertheless provide a very practical and useful body concept for daily use.

It is possible to wake up in the morning with people who mistake your station wagon purchase for a yacht or some other horrible joke. Don’t listen to them; your vehicle is more useful than theirs!

Lamborghini Aventador Svj Breaks The Nurburgring Lap Record
White Smoke From Exhaust What You Should Do The Answer
Belt Squeal On Startup
Why Do F1 Cars Spark ?