You must have heard of someone getting into a “fender-bender” with a friend or family member. You might want to know what that word really means. The first step is to learn about how cars work and what parts they have.

Read on, and I’ll tell you everything you need to know to tell these two related but different words apart.

What Is A Fender? 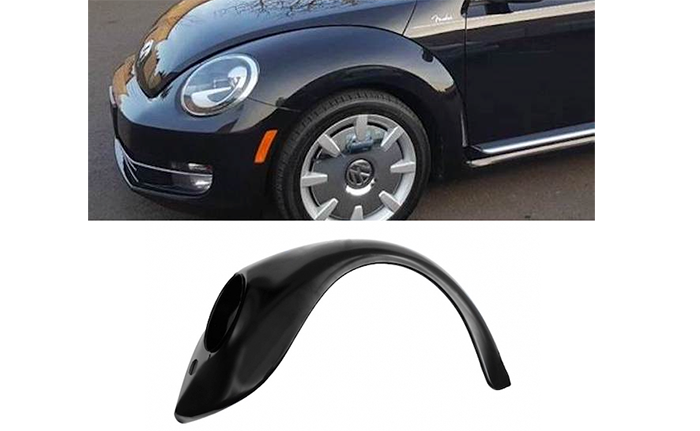 I’ll start by thinking about what these terms mean in the field of cars.

Since the beginning of car design, the fender has been an important part. From the Model T to the big sedans of the 1950s, fenders have become much more noticeable.

The fender protects the car from damage caused by things on the road.

Most fenders on old cars were big and stood out from the door panels, giving the car a unique look. Except for trucks and motorcycles, most cars today have “hidden” fenders that blend into the body of the car.

Most modern fenders don’t shout that they’re there, but they are.

As I said above, there are also fenders in other places. The second most common place where you might hear about fenders is in the boating world. But boat fenders do pretty much the same thing that car fenders do.

Boat fenders are placed on the sides of ships to keep them from hitting docks, bulkheads, or other boats. They are often made of foam or are inflatable, which is an interesting difference from car fenders.

There are many different kinds of offenders. The metal guards on most four-door cars are curved and roughly follow the shape of the wheel. Luxury cars and race cars with a lot of power have fenders that are very close to the wheel and follow it.

Most fenders on cars today are made of steel or the same material as the body. A unified shell body has the benefit of making it cheaper to make and cheaper to fix. Since fenders are often broken, most of them are now built into the body from the beginning.

The less space there is between the wheel and the fender, the less aerodynamic drag the car has and the faster it can go. This is why the fenders on a 4×4 truck and a Ferrari roadster are so different: they do different things.

Think about the famous VW beetle! The round, unique metal shell around the front wheels is both the car’s fenders and its main style feature.

Fenders aren’t used as much as they used to be in modern car design, but they were important in the past.

What Does A Fender Do?

The fender is very useful because it protects the car’s body from the dirt and debris that the wheels kick up from the road. It keeps dirt, rocks, liquid, mud, and anything else that could damage the panel from getting on the car.

Older cars and trucks had fenders that were pretty big because they didn’t have the technology to keep road spray from getting on the paint. Large fenders on cars are more often just for looks these days.

Fenders are still used a lot on trucks, motorcycles, and flatbed trailers. Why?

These cars can handle heavy materials, off-road situations, or dangerous places. In essence, the front of a motorcycle is a wheel and a fender (plus the steering, etc.).

What Is A Bumper? 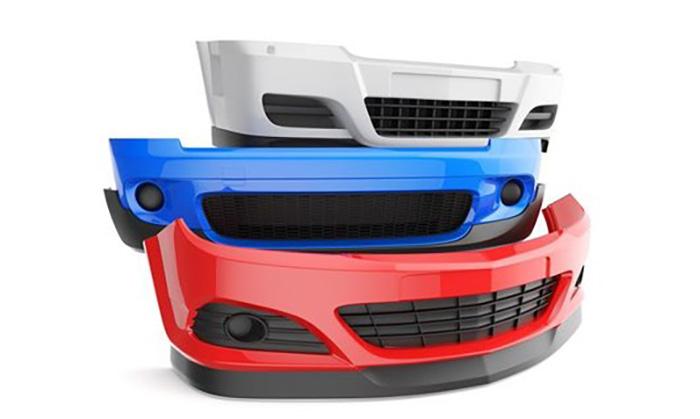 As the word “bumper” suggests, a bumper’s job is to “bump.” Every mass-produced car in the world has it on the front and back. The bumper protects the car’s body by making a border around it. This keeps other things or vehicles from hitting the body.

When a car crashes at high speeds, the bumper doesn’t do much to protect the car or its passengers. But the bumper is very useful because it protects the car from low-speed collisions or from things that accidentally hit the grill, hood, exhaust, cooling system, or trunk.

The bumper is the car’s front edge and the last part of its design. It is most like a strong frame or shield that is added to the car.

Just like fenders, bumpers have gotten smaller over the history of cars. When American car design was at its best, bumpers were seen as an important part of the car. Most cars had chrome bumpers with lines that were both stylish and decorative.

People have paid a lot of attention to front bumpers over the history of cars. In the 1920s and 1930s, full-functioning bumpers were important for luxury sedans. The first “aero” cars with shark fins were made in the 1950s, and they had bumpers.

Today, bumpers are made to meet the health and safety standards set by the government. After the 1970s, better oversight of how well front and back bumpers worked saved the lives of as many as a hundred thousand people who were in car accidents.

“Bumper covers” are used on many cars today to make the bumper part of the car’s body. This cover hides the part of the bumper that does its job, which is usually made of steel or aluminium.

Most front and rear bumpers are made of the same metal. But front bumpers often have a layer of Styrofoam or plastic honeycomb that fills the space between the metal bumper and the cooling system.

There have been too many kinds of bumpers made over the past 100 years to list them all here. Different materials have been used, from light plastic to steel with a high tensile strength. The only thing that is certain is that bumpers will change over time and remain hard to describe.

There are probably a lot of questions I didn’t answer in this article, but here are answers to some of the most common ones.

I’ve Heard Of A Fender Cover Recently. What Are They?

Fender covers are used a lot in auto shops and at home by people who want to protect the paint on their cars.

Most fender covers are made of tough vinyl or plastic and have pockets for tools. When you’re working under the hood, you put them over the fenders.

How Much Do Bumper And Fender Repairs Cost?

This is a great question, but it’s hard to answer it. Most of the time, the bumper is cheaper to fix because all the mechanic has to do is take off the broken plastic cover, put on a new one, and match the paint.

Since the fenders are part of the metal body of the car, they usually need more care.

Yes! Both bumpers and fenders are important parts of making a car’s shape more aerodynamic.

Installing a high-quality front bumper and fenders on your car is one of the easiest ways to make it faster off the line and at the top of its speed range.

People have a hard time remembering all the complicated car terms, which makes it hard to talk to mechanics and friends about car problems. But I hope you now know more about how fenders and bumpers are different.

Fenders, just to say it again, “fend off” harmful things that might hit your car. They go around the wheels and keep things from hitting the panels that are next to the road.Front and back bumpers protect the car from damage. Just think about how bumper cars work. Almost all of them are bumpers. So, they protect you from small collisions and bumps at low speeds. The bumpers on our cars do the same thing.

I hope that my explanation of the differences between fenders and bumpers will help you when you have questions about your car or insurance.

Costco Wheel Alignment And What Does It Cost?
How Much Does It Car Battery Replacement Cost
5 Reasons Why Car Won't Start No Noise
Do Paddle Shifters Have A Clutch