There’s really no reason to shine our headlights in other people’s eyes. If we temporarily block the view of other drivers, it is very dangerous and can even cause an accident. It is also illegal (depending on the state) and unethical.

When driving normally on roads with clear lines of sight, low beams are the best choice. High beams are long-range lights that are helpful at night when you need good lighting in places where low beams aren’t enough. Fog lights are used when the weather is bad, like when it’s snowing or raining a lot.

For the safety of everyone on the road, it’s important to know all the lights on our cars and how to use each one. Read on to find out more about these different kinds of headlights and how to use them most effectively.

Headlight Types & Why They Matter! 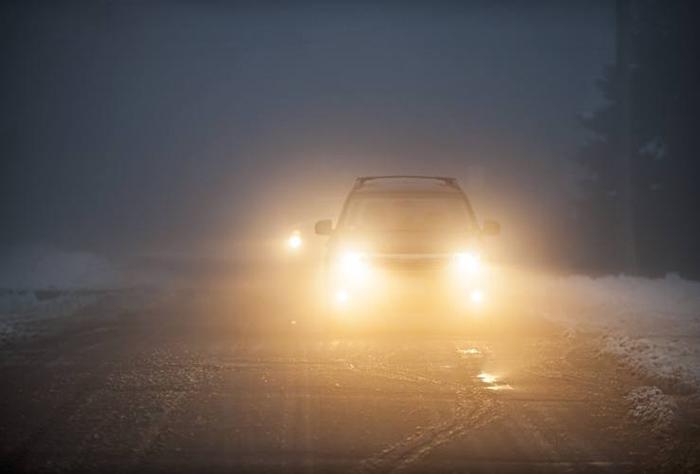 Headlights are usually at the front of the car so they can light up the road ahead.

They give off the most light possible to warn drivers coming the other way.

There are two ways to use headlights: on high and on low.

High beams have more power and can shine their light 350 to 500 feet away. This distance changes depending on how our cars light up. You only need to push or pull the turn signal to turn on the high beams.

The light from high beams goes up, and most of it is concentrated in the middle, which makes a glare.

Even if the lights automatically dim, the driver still has to turn on the high-beam mode. But in some new models, the high beams are controlled by a camera and a sensor on the rearview mirror that faces forward.

The sensor can see things even when there isn’t much light, and the camera keeps track of vehicles coming up behind it.

High beams are mostly meant to be used for short periods of time and only in areas with low light. When you drive with your high beams on, you blind other drivers, which is dangerous.

Most states have laws that say you have to turn off your high beams when another car is within 500 feet. At the same distance, it’s also against the law to flash your high beams.

When to Switch to High Beams

We shouldn’t use high beams anywhere but in certain places, like;

In conditions where it’s hard to see

Where there is no traffic coming from either direction

On hills, intersections, and curves, where you can’t see if a car is coming, it’s dangerous to drive.

In remote places where there isn’t much or any light

Low beams are the ones that are used most often in any car.

The low-beam mode puts out less light, but it can still be seen up to 200 to 300 feet away. So as not to bother other drivers too much, they shine light down toward the road.

New car models have lights that automatically dim and can switch between modes when they sense that there isn’t enough light around.

When to Switch to Low Beams

Driving is fine with low beams;

When the weather is normal, at night

In places with little light, like indoor parking lots,

Before sunrise and after sunset, when it’s hard to see other cars.

When it rains, sleets, or snows during the day

In bad weather like fog, rain, or snow, low beam is the best light to use, even though most of us think otherwise.

High beams tend to bounce light off of water molecules. This makes it harder for you to see the road ahead of you clearly. Everything in front of you looks blurry because of the water droplets.

What Are Fog Lights? 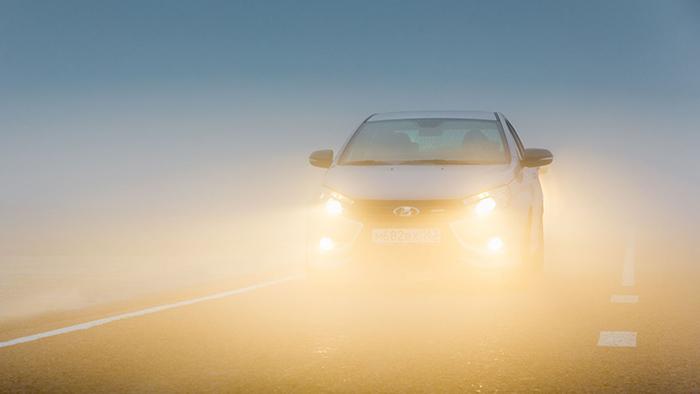 Fog lights are attached to both the front and back bumpers. They are placed slightly inside the body of the car on purpose so that the light doesn’t shine up and blind drivers in bad weather.

Fog lights are different from the headlights and work on their own. They work with the car’s regular lights to light up the area just in front of the fog.

Most fog lights give off a yellow light, but newer cars have white lights.

The beam is square-shaped so that it can cover a larger area horizontally. The lamp has a body that makes the light shine straight down onto the road.

The rear fog lights shine a red light and don’t have a shield. They let drivers behind us know where we are without getting in the way.

Fog lights shouldn’t be used when the weather is clear. Some states actually have laws against them. This is because most car owners switch out the factory fog lights for ones with bright, white lights that shine in all directions.

When to Switch on Fog Lights

Fog lights are made especially for situations in which:

The fog is very dense and dangerous.

Situations where it’s hard to see, like when it’s smoky or dusty

They can be used to see the roadside when the headlights aren’t bright enough.

On roads with sharp turns or near corners

Since they can look like brake lights, we should only use them when we can’t see more than 100 metres ahead.

Should I Flash My High-Beam Headlights if Another Driver Doesn’t Dim Theirs?

No matter what the other driver does, it’s not a good idea to flash our high-beam headlights. When we flash our lights, the message we want to send could be misunderstood. Some people might think we’re being rude or angry, or that we’re trying to tell them about an accident behind us.

Are Fog Lights and Low Beams the Same Thing?

No. Fog lights work on their own and are only on some cars because they are not required by law. The headlights, which are on the front bumper, have both high beams and low beams.

Is it Legal to Drive with Fog Lights On?

Well, we can technically drive with the fog lights on. But the light they give off should be in the right range so it doesn’t distract other drivers.

Can I Use Fog Lights When it’s Raining Heavily?

Yes, fog lights work great when it’s raining. They go with the headlights and help keep the headlights from being too bright. In light rain, you should avoid them because they can make it hard for other drivers to see.

Can I Use Fog Lights Instead of Headlights?

Even though fog lights are often used with headlights, they shouldn’t be used instead of headlights. But if you need to, it’s fine to use them.

Is it Legal to Use LED Fog Lights on the Road?

LED fog lights are legal to use on the road. But this depends a lot on where the light is pointed.

It doesn’t matter what kind of bulb is used, but putting it in the wrong way can be against the law. If the light shines farther than what the law allows, it will affect other drivers and put their safety at risk.

If my car doesn’t have fog lights when I buy it, I can have them put on. The lights should be about 10 to 224 inches above the ground. Also, they should be below my normal headlights.

How Far Should Fog Lights Shine?

There is no set distance that fog lights should cover with their light.

How Long Do Ford Explorers Last
What Is The Darkest Tint You Can Legally Get In MD?
13 Types Of Ferraris You can learn mor
Why Does My Truck Regen So Often