White smoke coming from the exhaust pipe indicates an issue with your vehicle.

Depending on the type of smoke, the severity of the problem may vary. There could be several causes for this issue. So, in this post, we’ll try to give you an idea of the core causes of the white smoke problem and the easiest technique to get rid of it.

What does white smoke from your car mean?

White smoke can be a minor nuisance or a major issue, and the severity of the condition can be determined by determining the thickness of the smoke. White smoke is caused by moisture that builds up inside the exhaust system. So, if it’s thin in the form of vapors, don’t panic; the smoke will dissipate fast. On the other hand, if the smoke is heavier, the problem is much larger.

Thick smoke, in general, is caused by issues with the engine cooling system, which can lead to a variety of more significant issues, such as a cracked cylinder head gasket, engine block shattering, and costly repairs. In this circumstance, it is best not to ignore the problem and to go to the mechanic as soon as possible. Even minor coolant leaks might cause damage to the vehicle.

What is your car trying to say to you through the white smoke on the exhaust? 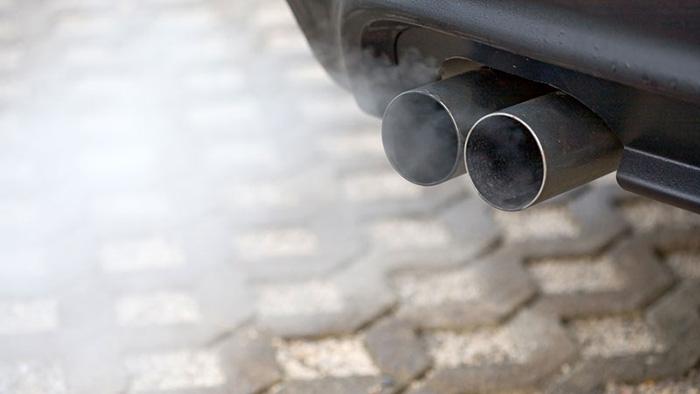 If your vehicle has a diesel engine and creates a lot of white smoke when you start it, the injection pump and injectors should be checked. It is not recommended that they check or edit them on their own because this activity needs a lot of abilities that the drivers do not have, so it is best not to try. Furthermore, your vehicle should be inspected by a mechanic as soon as feasible. The fact that your car produces a lot of white smoke from the exhaust pipe may indicate the presence of more serious issues.

This can indicate a fuel pump malfunction or, as previously said, issues with the cylinders, gaskets, or even a crack in the engine block. Solving such failures is costly, and it is advisable to address the issue as soon as feasible.

The white exhaust smoke could be caused by leaking coolant. The formation of this type of white smoke on the exhaust pipe happens when water or antifreeze enters the cylinders as a result of engine overheating and subsequent gasket failure, and the engine attempts to burn them with fuel. Alternatively, if the car lacks coolant, it can heat up and expel smoke, which will be white. As a result, the temperature of the car is equally critical.

Often, you will see a white smoke evacuation when the automobile moves, which could be an indication of significant problems that will be pricey to repair. When an engine cylinder, cylinder head gasket, or fuel filter is damaged, or the engine is blocked or cracked, enormous amounts of white smoke are expelled, and replacing these parts can be expensive. In such cases, the problem is that you cannot postpone the repair and cannot find a temporary remedy. They deteriorate over time, and the cost of repairs skyrockets. Maintaining your car will assist you in identifying such a problem in its early stages, allowing you to save money.

How can you fix the problem of white smoke being evacuated? 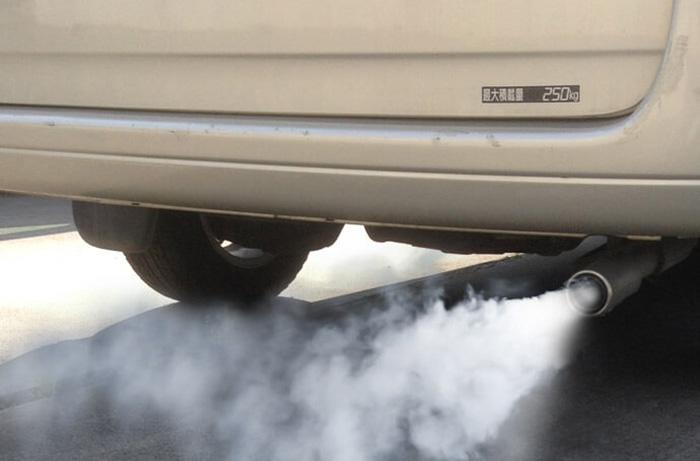 Aside from going to the service, if you have technical knowledge and have previously made car repairs, you can handle the white smoke problem at home:

If there is white smoke coming from the exhaust pipe, the first component to inspect is the inlet gasket. A gasket inside the automobile seals the cylinder inlet manifold. These components are responsible for dispersing the combustion mixture and coolant to the inlet port.

These ports will be located at the cylinder ends. Finally, if it deteriorates, coolant will enter the combustion chamber, causing white smoke to be produced while driving. As a result, drivers must disassemble and inspect the intake manifold. You know where the problem is if there are leaks or rust.

The cylinder head gasket requires special attention as well. Remember to only do this if the inlet gasket works. This is the component of the car that seals the cylinder head to keep coolant from entering it. Any leakage or corrosion in this portion allows the coolant to penetrate. In brief, white smoke will be seen coming from the exhaust pipe. If this car component is in good working order, move on to the cylinder.

3: Look for any cracks in the cylinder head

Why does my car has white smoke on the exhaust when it starts?

White smoke can be created by a variety of factors. However, if white smoke appears when you start the engine, it could be due to one of the following reasons:

One of the most prevalent causes, a fractured engine block, can allow coolant to leak inside the engine’s combustion chamber and cylinders, which is extremely dangerous and necessitates immediate treatment.

What causes white smoke to exhale when accelerating?

Either the transmission fluid or the burnt coolant is the answer. In the case of transmission oil, the engine inhales the fluid via a vacuum pipe, resulting in white smoke. The evacuation would also smell like burning oil. If the white smoke is coming from the coolant, your vehicle has a cylinder head crack or a cylinder head gasket problem. In this case, you can do a pressure test on the cooling system to determine whether the cooling fluid is low or the engine has overheated. If it is low, add the necessary amount of liquid to restore the level.

If none of these factors apply, your vehicle will most likely leak through the gasket. As a result, you must replace it in order for it to function normally again.

Why does white smoke from the exhaust smell like gasoline?

Drivers must comprehend the notion of car smoke. Typically, it is steam. As a result, water will be dripping from the exhaust pipe. Drivers may also notice gasoline water or a cylinder head gasket leak. You could assume it’s normal, but this is how the engine fails and the raw fuel escapes. The automobile will run harder in these instances, and the drivers will smell raw petrol. Check the fuel and replace it if necessary to resolve this issue.

What causes white smoke to escape when the car is stationary?

If the car emits white smoke when idle or stopped, there could be oil leaks within. This is quite obvious since there is a distinction between igniting the gas/air mixture and the gas/air/oil mixture. This issue should be addressed as soon as possible since the longer the oil is within, the more damage it will cause to the spark plugs and injectors, which will require replacement.

Why is white smoke coming out from exhaust when it’s cold?

White smoke is common during the winter, however there are certain exceptions. One of them is continuous white smoke. White smoke from a diesel engine could indicate unburned gasoline or coolant running through the engine. However, in most circumstances, it is about the injectors’ response time and the control of the amount of gasoline injected.

Drivers should not disregard white smoke coming from the exhaust pipe. As a result, you should not ignore such a problem because it can lead to serious complications not only for you as a driver but also for other drivers if you do not address it before getting back behind the wheel. As a result, it is critical to maintain your vehicle at all times.

How To Tell If Tire Is Flat Or Just Needs Air
Can You Drive With A Cracked Windshield
What Are The Symptoms Of A Bad Speed Sensor?
Honda CBR1000RR Price Reduced Most Affordable Superbike In India