When most people think of oil, the term “black gold” often comes to mind.

But when it comes to your car’s engine and the oil in it, having black oil on your dipstick might or might not be a good thing.

Should engine oil be black, and what should you do if it is? Here’s all the information you need!

When you open a bottle of engine oil for the first time, it won’t be black. Instead, it will have a colour that is very clear and looks like amber. As oil is used, it picks up dirt and other things that make it darker.

In fact, if you didn’t know better, you’d think you were looking at honey because that’s what new engine oil looks like when it’s put into your engine.

This means every time your car’s engine reaches its normal operating temperature, which is just a bit below 220 degrees Fahrenheit.

As the oil in your engine goes through each heat cycle, it gets a little darker each time.

This is good for your car because it means the oil is moving through the engine and doing its job of heating and cooling as it should. 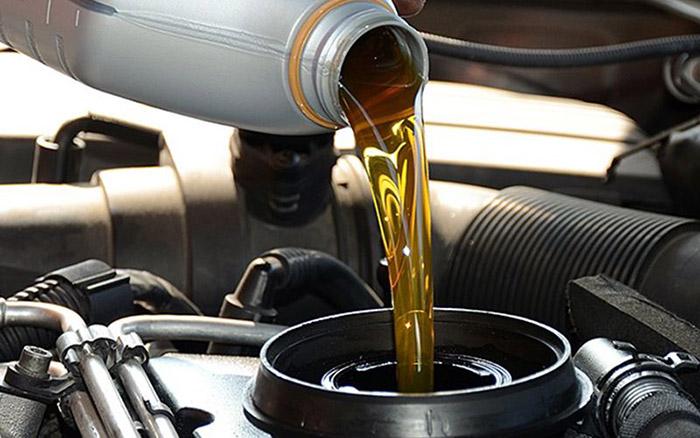 If you use synthetic oil instead of oil made from petroleum in your car’s engine, it will also turn black over time.

No matter if your engine oil is synthetic or made from petroleum, it has different additives that cause it to turn black.

Additives are chemical compounds that make the oil in the engine work better as a lubricant. They are very important in the engines of modern vehicles.

Without the additives, the engine of your car would break down and stop working.

When you use synthetic oil, you will always get black oil.

Even if you don’t drive your car very much and don’t put the oil through heat cycles, the additives will still make it turn black over time.

Diesel engines are different from other types of engines in a lot of ways, so you might be wondering if the oil is supposed to be black.

Diesel engine oil is usually black, which is fine. In fact, when it is first put into the engine, it is almost black.

Diesel engine oil is darker than other engine oils. When you first put it in the engine, it will be dark, and it will get much darker much faster than oil in other engines.

After an oil change, the oil in most diesel engines will turn almost completely black in a few hundred miles.

Diesel engines are made to make more soot and sludge than the traditional combustion engines found in most cars.

Because of this, the oil gets dirtier more quickly, which is why it turns black so quickly.

What Should I Do if My Oil is Black? 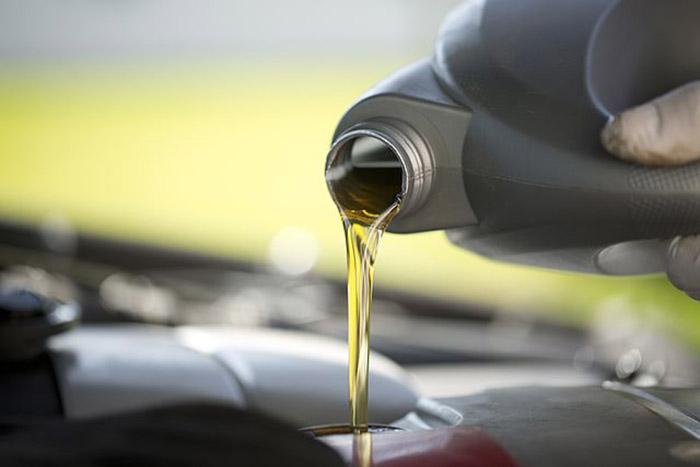 When you pull out the dipstick and see that the oil in your engine is black, the first thing you should do is not freak out. After all, it’s normal for your engine oil to turn black over time.

Whether or not your car needs an oil change because the oil is black depends on how long it has been there.

As you drive your car, different things will get into the engine oil and make it darker.

Most of the time, these are small pieces of metal that break off from the engine and get into the oil.

Also, dirt and dust that get into your oil when you drive will make it darker, especially if they get past the oil filter.

If you just changed your car’s oil and see that it is black, this could be a sign that something is wrong.

Remember that black engine oil is a clear sign that the oil has less viscosity, which means it can’t move through your car’s engine as easily as it needs to.

When this happens, your engine’s moving parts won’t be oiled as well as they could be, which could cause damage to the engine if the problem isn’t fixed.

If you’re worried that your engine’s oil is turning black sooner than you expected, you should take your car to a mechanic just to be safe.

At the very least, your mechanic can change your oil, check your engine to see if any parts are worn out, and answer any questions you may have.

If you get your oil changed, drive your car for a few hundred miles and then check your oil to see if it is turning black.

If the change seems to happen slowly, it’s likely that everything is fine.

Black engine oil may mean that your car’s oil is old, dirty, and needs to be changed, but there are other colours that may mean something is wrong with your oil.

If your engine oil is a creamy colour and looks a bit foamy, it’s likely that your head gasket is leaking.

In addition to the oil looking like cream, white smoke coming from your car’s exhaust and your car using more coolant are also signs of this problem.

If your engine oil looks like milk that has been watered down, this probably means that it has more water than it should.

This happens a lot when cars are driven through floodwaters, and it can cause a lot of damage to the engine.

If this is happening, you shouldn’t try to start your car. Instead, you should take out the oil and oil filter and flush the oil pan well.

After changing the oil, drive your car for 200–300 miles before you check the oil again.

If your car has been in flood water for a long time, your engine may need to be taken apart and rebuilt or even replaced.

How Long Can I Drive with Dirty Oil?

Even if your engine oil is dirty and black, you can still drive your car without doing much or any real damage to the engine.

As engines have gotten better over time, they no longer need to be changed as often.

So, even if you don’t change your oil as often as you should, you should be able to drive your car for up to 6,000 miles with dirty oil.

If your car isn’t too old, you might be able to drive up to 10,000 miles before you have to change the oil.

Can I Go One Year without an Oil Change?

Yes, you can go a year without changing your oil. But the manufacturer of your car probably recommends that you change the oil twice a year, no matter how many miles you’ve driven.

In the end, it’s up to you to decide how to take care of your car.

Even though you don’t need to worry when your engine oil turns black, that doesn’t mean you should just ignore it.

Instead, think about a number of things, use your common sense, and take your car to a mechanic you trust to make sure everything is working right.