What is engine stage 1 tuning?

Engine software upgrade or stage 1 tuning entails replacing the default software of the engine control unit with new software, tailored to maximize the performance of the car.

What are the benefits of engine stage 1 tuning? 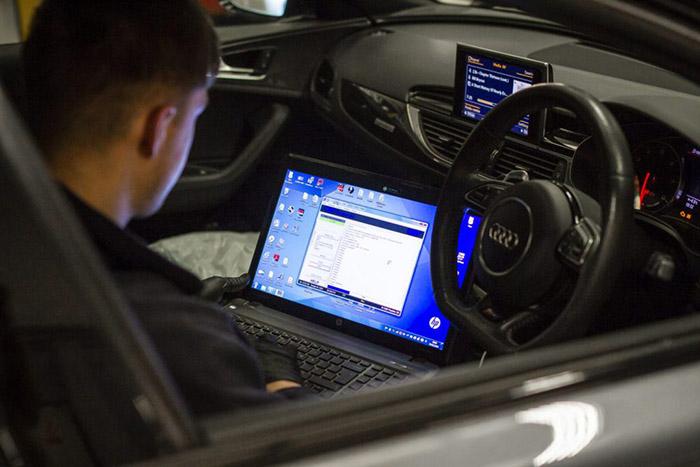 Is it possible to improve the engine’s performance without resorting to physical changes?

If your answer is yes, it signifies that you are familiar with an engine software upgrade. If the response is no, you will still find out all about this process.

Modern automobiles are fitted with ECU (electronic control unit) that have a wide variety of tasks, controlling functions such as fuel injection, sensors, airflow and more. By overwriting this program with new software, you can tweak the features and increase the car’s performance. In the following, we will talk about the pros and disadvantages of the engine software tuning, and how this process might effect the evolution of your car.

Why is it necessary to upgrade the engine’s software?

Nowadays, the power and performance of most cars are diminished, not necessarily by mechanical causes, but by the software that regulates the engine computer. When your car has left the factory, chances are its performance has been diminished. It is a known truth that automobile manufacturers program the control units such that they do not attain full performance, a reason being that they have to comply with pollution legislation.

One of the causes is the desire to accomplish the objectives and efficiency targets set at the beginning of the production process.

Lowering the performance allows manufacturers to launch a sportier model with a more efficient engine, by simply reprogramming the central control unit, to which tiny design changes can be applied.

As a result of the manufacturers’ desire to market their vehicles globally, their electronic controls must take into consideration not only local climate and legal limits, but also variations in fuel quality.

What happens at the first stage of engine tuning?

How does stage 1 engine tuning work? The car’s OBD port receives the updated software, which replaces the default version and boosts performance.

Updating the engine does not necessitate any physical work; all that is required is a change in the software. This is why it’s dubbed the “soft stage 1” method. The only variables that are altered are those related to turbocharger pressure, injection pressure, and injection volume.

With a software upgrade, you can get greater power and torque from your engine, as well as quicker acceleration and less lag time. The performance of an automobile can be significantly improved without the need for any extra changes simply by removing any superfluous engine constraints.

Is it worth doing an engine software upgrade?

There are a slew of factors that could influence your decision. First and foremost, you’ll notice an improvement in the way your car’s engine responds when you step on the gas. Visible improvements will also be made in terms of power and torque. These enhancements will also improve driving safety. When it comes to propulsion engines, whether they run on gasoline or diesel, upgrading is the most cost-effective option.

Not all vehicles can benefit from a stage 1 tune, and the most common reason for this is a vehicle’s age. For the most part, vehicles manufactured before the year 2000 are ineligible.

How does stage 1 affect fuel consumption?

According to many car aficionados, software changes have no impact on fuel efficiency. It’s not true, in fact. Adding additional power to a vehicle can lead to a higher fuel consumption if the software is updated.

After making improvements to their engines, many motorists report feeling more eager while behind the wheel. As a result, they will accelerate more frequently and at a higher speed. Consumption may rise as a result of any or all of these factors. After this tune, acceleration, braking, and shifting gears can all contribute to a 40% increase in fuel usage.

On the other hand, if you modify your driving style to match the new characteristics of the automobile, you can keep your fuel consumption within the same ranges as before the electronic control unit was installed. Consumption will rise as a result of a harmonious relationship between driving and a smooth and car-friendly driving style.

Reliability can be affected by how you drive following the software change. You can expect a boost in power as a result of this engine tune-up. You should expect your engine’s lifespan to be drastically reduced if you drive aggressively. Incorrect driving, on the other hand, will have the same consequences regardless of the update. The driving style, not the engine tuning, is what ultimately determines how long an engine will last.

Even if you generally improve your car, there are a number of drawbacks to the software change. If you have a new automobile, this engine tune is likely to void your warranty. You have the option of doing the upgrade immediately after the warranty ends or putting yourself at risk by doing it before the warranty expires.

There is a risk that the modification will cause damage to the engine. It’s safe to say that the possibilities of this happening are exceedingly low. The majority of individuals who perform these engine software upgrades offer lifetime warranties on the software they install.

You may notice a change in the car’s performance after it has been tuned. Some drivers may never be able to drive their car as comfortably as they once did again after a few trips to get used to the newly modified vehicle.

Because of the reversibility of this process, no damage has been done to the engine. You can always change back to the default settings if you’re not comfortable while driving. It’s crucial to keep in mind that your car’s top speed has a purpose. You run the risk of sending your vehicle careening off the road if you try to go faster than this.

The brakes, tires, and suspensions are all examples of this principle in action. It’s possible that all of these may not be able to handle the additional horsepower.

How much does engine stage 1 costs?

Engine performance can be slightly improved for about $200 to $400 with a software upgrade.

A few considerations should be made before making the decision to increase the engine’s power.

First and foremost, if the car is in poor condition, there is no purpose in updating it. Consequently, we advise that you thoroughly inspect the vehicle before making a final decision.

Your ability as a driver is something else to keep in mind. It’s a good idea to be conscious of your driving style and how modifications to the vehicle may effect it, as well as how many of those modifications you can tolerate in terms of the vehicle’s performance.

Why Is My Uconnect Bluetooth Not Working?
Piston Crown Damage You Should Not Ignore
What Is The RCTA On A Toyota Camry?
Is It Illegal To Sleep In Your Car In California