There are many people who ask this question. Drivers sometimes ask if it is best to delete the EGR valve or remove it completely because of the EGR valve’s poor symptoms.

In order to completely remove the EGR, a gasket must be installed within the valve to prevent gas from entering, and a software update must be made to signal the engine that the EGR valve is no longer present, or EGR off.

Deposits build up in the EGR system over time, even in a well-maintained engine. They’re especially vulnerable because of the soot in their exhaust. Diesel engines benefit from frequent short-distance travel. It’s magnified many times over in a malfunctioning engine.

Soot accumulates first in the EGR valve. The valve can jam in certain positions if deposits build up and prevent it from closing properly, resulting in an engine fault. Depending on where the valve is dangling, these defects can express themselves in various ways. A jammed valve has different effects on different engines and different EGR designs.

It’s very uncommon for EGR problems to result in an unsteady idle (floating rpm) or even a complete engine shutdown. Acceleration jerks and a difficult start are possible. Misfires, detonation, and harsh operation can occur in both gasoline and diesel engines.

A jammed EGR valve on a diesel engine will lower turbocharger output. Emergency mode can be activated in some cars when the EGR system is defective, limiting the engine’s performance.

An exhaust gas recirculation system issue is indicated by the presence of error codes P0401, P0403, P0404, and the Check Engine light on the dashboard.

Is EGR delete worth it? 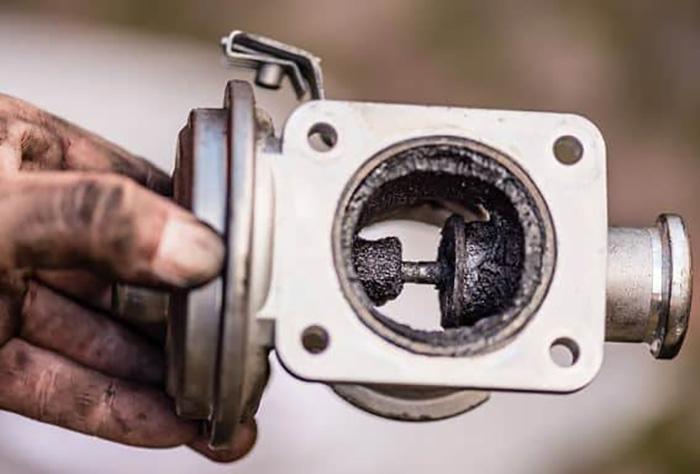 Remove or delete the EGR for the following reasons:

Recirculation is dependent on the quality of the fuel. Soot must be removed 12 times a year when using low-quality fuel with high concentrations of sulfur compounds and additives. Because of this, drivers choose to just remove the EGR from their vehicles.

What are the benefits of EGR delete?

When it comes to the engine, it is apparent that EGR has a negative impact on the vehicle’s performance. You should see some advantages from canceling it.

Many car owners may be enticed by these advantages to remove their vehicle’s EGR system.

What are the cons of EGR delete? 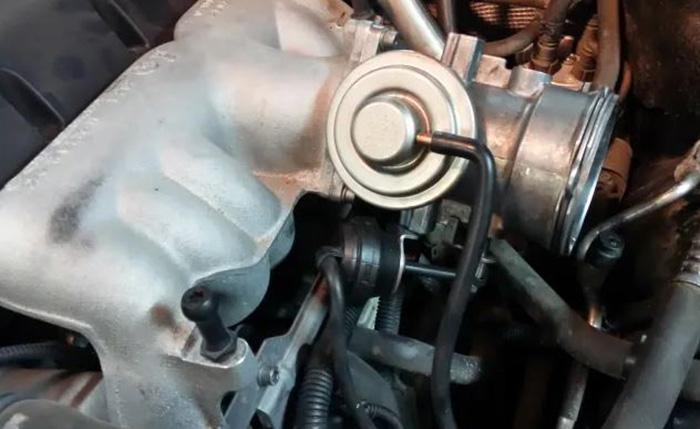 Anyone planning to modify their vehicle’s software and/or hardware in order to boost its performance will benefit most from an EGR deletion. It will help you save money and get more power, but it could also cause difficulties for your engine.

EGR has a well-defined job, but some cars with a more complicated set of sensors can give random mistakes and, over time, impact other components critical to the engine’s proper operation. Even if the automobile is older, without a DPF or sophisticated sensors, an EGR delete can cause complications.

In some cases, drivers have reported excessive exhaust smoke after turning off the EGR, strange noises resembling a vacuum cleaner when the car accelerates, or even more serious engine issues, such as temperature sensors going crazy when the engine is run for extended periods of time in the summer. These and other issues have been reported by drivers.

EGR deletion has the following drawbacks:

Is an EGR delete illegal?

Yes, that’s correct. It is against the law to remove the exhaust gas recirculation system (EGR). If your EGR is terminated, you’ll be hit with hefty fees.

It’s possible to open up the combustion chamber in older engines so that fresh air can be drawn in from the outside. You’ll notice a noticeable increase in horsepower thanks to our clean air method. The situation can be flipped for modern engines, however, and you can feel the engine’s decreased power.

How much does EGR delete cost?

Additionally, other charges such as labor may be included in the price of an EGR delete kit.

This method has both advantages and cons. The engine will not be damaged by this cancellation if the car is older and does not have a sophisticated exhaust gas recirculation system.

The discharge of pollutants and the trouble with the authorities are the main drawbacks of canceling older engines. However, the canceling process becomes more difficult the more recent the vehicle is.

Engines in newer models, on the other hand, are no longer designed to sustain temperatures that high. The engine block’s lifespan can be severely shortened by removing EGR, even if the option is still under consideration.