People who like cars are always trying to find ways to make them go faster. You might want to look into ECU remapping before you start saving up for a bunch of performance parts.

Stock cars have a lot of potential that can be unlocked by remapping or reflashing the ECU. This gain is much more noticeable in new turbocharged cars because the turbo boost value is easy to change.

Also, if you decide to buy performance parts like an exhaust, intercooler, intake manifold, etc., you’ll need to remap your ECU so that the new hardware works with it and helps the cause. Should you remap your car, though? Is there a chance of damaging the engine? Let’s find out:

Almost all new cars have an ECU (Engine Control Unit) that tells the engine what to do. Think of it like a computer with software that controls an engine. The map is another name for this software (set of instruction written in the ECU).

When making this map, car manufacturers think about reliability, emission standards, how easy it is to drive, and how good the fuel is. This usually means that the ECU maps aren’t as powerful as they could be. By uploading a new map, you can get a lot more power out of the same engine. Remapping or reflashing is the process of putting a new map on the stock ECU.

Not only that, but the company that makes cars also makes the engines in the lower models and variants less efficient on purpose. This means that different versions and models of the same car with the same engine will have different amounts of power.

How much power can I gain with remapping? 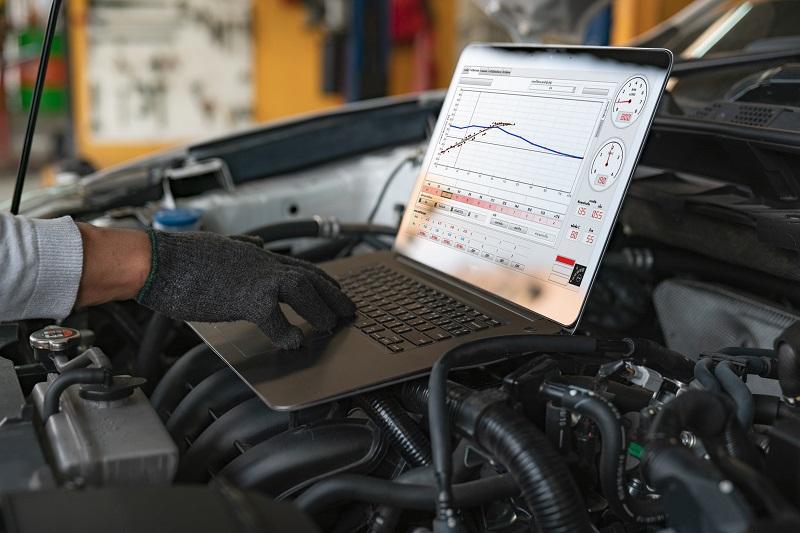 Some engines have more potential than others, so there is no set percentage that can be gained by remapping. The latest crop of engines are mostly turbocharged due to companies moving towards smaller engines.

Car enthusiasts frown on this because a turbocharged car doesn’t sound good, power delivery is not linear, and rpm redline is also lower. But turbocharged cars are great for people who want to change the way their car works. If someone doesn’t add performance parts to a naturally aspirated car, remapping won’t help it much. On the other hand, a re-flashed ECU with a Stage-1 map can give a turbocharged car about 25% more power.

For most tuning companies, Stage 1 does not require any extra performance part. Stages 2, 3, and 4 need more parts, such as an intercooler, free-flowing exhaust, intake manifold, larger airbox, air filter, etc. Find out what a straight pipe exhaust is and if you should get one.

From what I’ve seen, remapping VW, Audi, Skoda, Porsche, Lamborghini, and SEAT cars has a lot of potential. Often, a Stage 1 song is enough to make you feel full. Also, they are very open to hardware additions. Not only that, but a number of tuning companies have already made parts for it. This includes an intercooler, bigger turbos, a supercharger kit, intake and exhaust systems, upgraded injectors, methanol injection, etc.

Effect of remapping on fuel-efficiency?

If you want more power, then remapping will make your car use more gas. The whole point of a combustion engine is to turn the energy stored in the fuel into power. So, more power means you need more fuel.

Still, some tuning companies also sell maps that make the car use less gas. Now, these remaps that save gas might not give you more power. In fact, tuning companies might also have maps that can be switched. A car has an extra button that can be used to switch between the maps for driving quickly and getting the best gas mileage.

How much do engine remapping costs?

How much it costs to remap a car depends on which tuning company you go to. The cost of remapping the Stage 1 ECU could be anywhere from $300 to $800. But keep in mind that different tuning companies have different maps, and you should choose a company with a good reputation.

Tuning a car can be done in both good and bad ways. Tuners with a lot of experience put in a lot of extra time and work to make a map that gives the car good power and keeps it running well. There are some other things to check besides the power. This includes how easy it is to drive in the city, how quickly the throttle responds, how well it cruises at part throttle, and how much power it gives.

If you only look at the numbers that a tuner lists, you won’t get the whole picture. Before you buy, it’s best to test drive a car that’s already been tuned. If you can’t do that, there are lots of online forums where you can ask people who are already running that map. If you don’t like the new map, some tuners let you go back to the original file and get a full refund (if informed within a few days). Before you go, you should ask your tuner if they offer this scheme.

Yes, you can always go back to the stock map if you don’t like a remapped car. Before reflashing the car, ask the tuner to save the stock ECU file on his computer. Also, make sure you keep a copy of that stock ECU file.

Can you remap your car yourself?

You take your car to a tuner, and in a few minutes, he puts a map on it. It must be easy to tune, right? There are a lot of things that go into it.

Making a map: Making the right map (software file) is the hardest part of the whole process. Some of the biggest tuning companies spend millions on equipment like dynos, tuning tools, computers, sensors, etc. Then, the experienced tuners change the map’s parameters one at a time while keeping an eye on the progress.

It takes a long time to do all of this. Also, the tuned map is then tested in the real world, with different drivers and in different weather and traffic conditions. The map goes on sale only after it has been improved. Some tuners do cut corners because they want quick and easy gains, but experienced tuners do things right, which takes time and money.

You can do this part yourself if you have the right tool for reading and writing ECU files. Most local distributors (tuners) don’t really make map files. They just buy the right tools to upload the ECU files they buy from main tuners.

These tools to read and write ECU files cost a lot (around $4000). If you’re not going to start your own tuning business, there’s no reason to buy these tools. Alientech Kess V2, Alientech KTag, CMD Flash, and MPPS are some of these tools.

There are now a lot of clone reflashing tools on the market that cost a small fraction of what the original tool did. But they are dangerous, and if you aren’t careful, you could fry your ECU. Most of the time, these clone tools don’t do everything they should, and if something goes wrong, there is no official help.

If you want to learn ECU tuning and make your own custom ECU files, you’ll have to put in a lot of work and time. You’ll have to spend money on tools and coaching. There are now a lot of places online where you can find out more about engine tuning. But, no, not everything will be perfect. Things could break, engines could explode, and a few ECUs could be fried. But that’s the cost of mastering the craft of ECU tuning. One online resource that I really recommend is Hpacademy ECU tuning course. Checkout this video of a tuned VW Golf R:

Does remapping harm the engine in long run?

You can’t expect a tuned car to be as reliable as a stock car. Still, reliability isn’t always the same thing. Some people think it’s good enough if they can make 6 runs at a dragstrip without blowing up their engine. A regular enthusiast, on the other hand, still wants to enjoy at least 100,000 miles.

Don’t worry, if you choose a remap that is widely available and has a good reputation, your car won’t break down every month because of it. Many tuned cars have gone over 300,000 miles without a problem. Some tuning companies even back up their work with a warranty (some may offer it as an option).

How often should a tuned car be taken in for service? If you have a tuned car, you should shorten the time between service checks. So, if your car’s manual says to take it in for service every 10,000 miles, you do it around 5,000 miles earlier. Some people might say that a service this soon isn’t necessary, but I like to do it because it gives me peace of mind. Use cleaners for the fuel system from time to time. You wouldn’t want to put bad fuel in an engine that has been tuned.

Will ECU remapping void the warranty?

Based on the terms and conditions, remapping a car will, in fact, make the warranty invalid. Still, when you go to your dealer to make a warranty claim, he might not know that your car has been remapped unless he looks for it carefully in his diagnostic tool.

The car dealer will always look for ways to get out of honouring your warranty, so if the technician finds that your car has been remapped, you can’t do anything.

I hope that some of your questions about engine remapping have been answered. Engine tuning is an art that can give you a lot of horsepower and make you happy.

On the other hand, if it’s done wrong, it can give you a headache. Make sure the company you choose to reflash your ECU is a good one. Yes, they might be more expensive than others, but you get peace of mind and reliable performance in return.