Structural damage (also known as frame damage) occurs when your vehicle loses its ability to support itself. See if your vehicle has it by following these steps. This author has been thoroughly vetted and is qualified to write about this subject matter. Learn more about us by visiting our website’s “About Us” page. A bad week is plainly evident if you’re looking for information about car frame damage on the internet. Your car’s frame serves as the vehicle’s base and structural support. There is a risk of injury to yourself and others if the vehicle is damaged. When does a car’s frame sustain damage?

To describe a problem with a vehicle’s frame, the term “compromised” is commonly used. However, this may not always imply a large amount of harm. It’s possible that a ding or scrape in a critical location is all that’s preventing you from driving safely. Fortunately, you’ll find all the information you need about frame damage in this handy guide. Unibody frames will be our initial port of call. Our final focus will be on the factors that determine whether your car has frame damage and the associated costs.

Let us begin with the fundamentals!

A Closer Look At A Unibody Frame

A unibody frame is what it sounds like. It indicates that the vehicle’s body, floor plan, and chassis are all integrated into a single unit. Not only does this design cut weight, but it also improves handling and the overall ride experience. Most passenger cars use a unibody frame as their primary structural design because of this. The body-on-frame design is another option (or ladder frame). Due to its higher strength and resilience, this type is currently only found in trucks and large SUVs, while it was once the norm. Engineers and mechanics in the automotive industry disassemble unibody frames to look for potential problems. Let’s take a closer look at each of these!

On the front and back of the vehicle, there are two symmetrical beams. Because of their robustness, they serve as a foundation for other frame components.

It’s a metal frame that surrounds the radiator and holds it in place, known as a core support (also known as a radiator support). This part is usually bolted on, so it may be easily replaced if it becomes damaged.

Struts are held in place by the aprons on the front and back of the vehicle. The strut tower, which is part of the apron assembly, helps keep the chassis from flexing while cornering.

There are multiple cross members that are welded together to make the floor of the car, which is a metal sheet. The drivetrain and electrical cables are both accommodated by a number of holes and grooves drilled onto the surface. 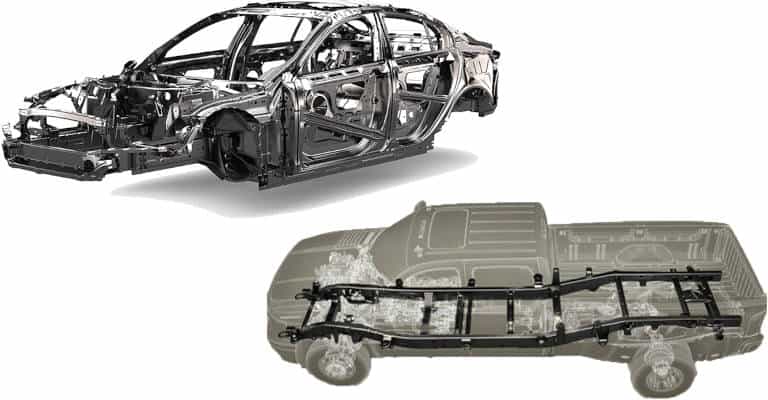 The engine compartment and passenger compartment are separated by the firewall. A sheet of pressed 14- to 18-gauge steel covered in a layer of sound-deadening materials is the most common construction material.

A car’s vertical supports look like this. This means that “A” is located closest to the front, “B” in the middle, and “C” in the back of each pillar. The “D” pillar is also found in some vehicles, such as large SUVs and minivans.

Passenger and driver-side quarter panels are made of the same piece of metal, quarter panel. There is a gas cap and an area surrounding the rear tires that make up this group. While they’re often built of metal, lighter materials like carbon fiber or fiberglass are used in some cars instead.

Front and rear tires are separated by a rocker panel that is located just below the doors. They are there to keep the doors aligned when they are closed.

Floorboards, back bumper support, and a pair of unirails are all included in the rear section of the frame. Having a better understanding of what your frame entails will help you make better decisions. Let’s have a look at the process of inspecting the frame.

How To Tell If Your Car Has Frame Damage A car’s frame can be damaged in a matter of seconds. Listed above are a few things to look for:

Broken or bent in some way.

It’s out of whack.

The wheels aren’t moving in the right direction.

Panels don’t fit together in a straight line.

Sounds that aren’t quite normal

Wear in the suspension that is not uniform

There is a correlation between each of the following symptoms and a specific form of frame damage.

If your frame is drooping or bent, it is likely to leave gaps in between the various body parts. Tires and suspension components can wear out more quickly if a drooping or twisted frame isn’t taken care of properly.

After a collision, where the frame itself crumples in on itself, a mashed fame is most prevalent. See if the hood, fenders, or side rails have any distortions or wrinkles.

When a car is hit on a corner, sway damage is common. Sway damage makes it impossible for your vehicle to travel straight, posing a danger to you and everyone else on the road. The transmission may also be damaged if you continue driving a vehicle with sway damage. 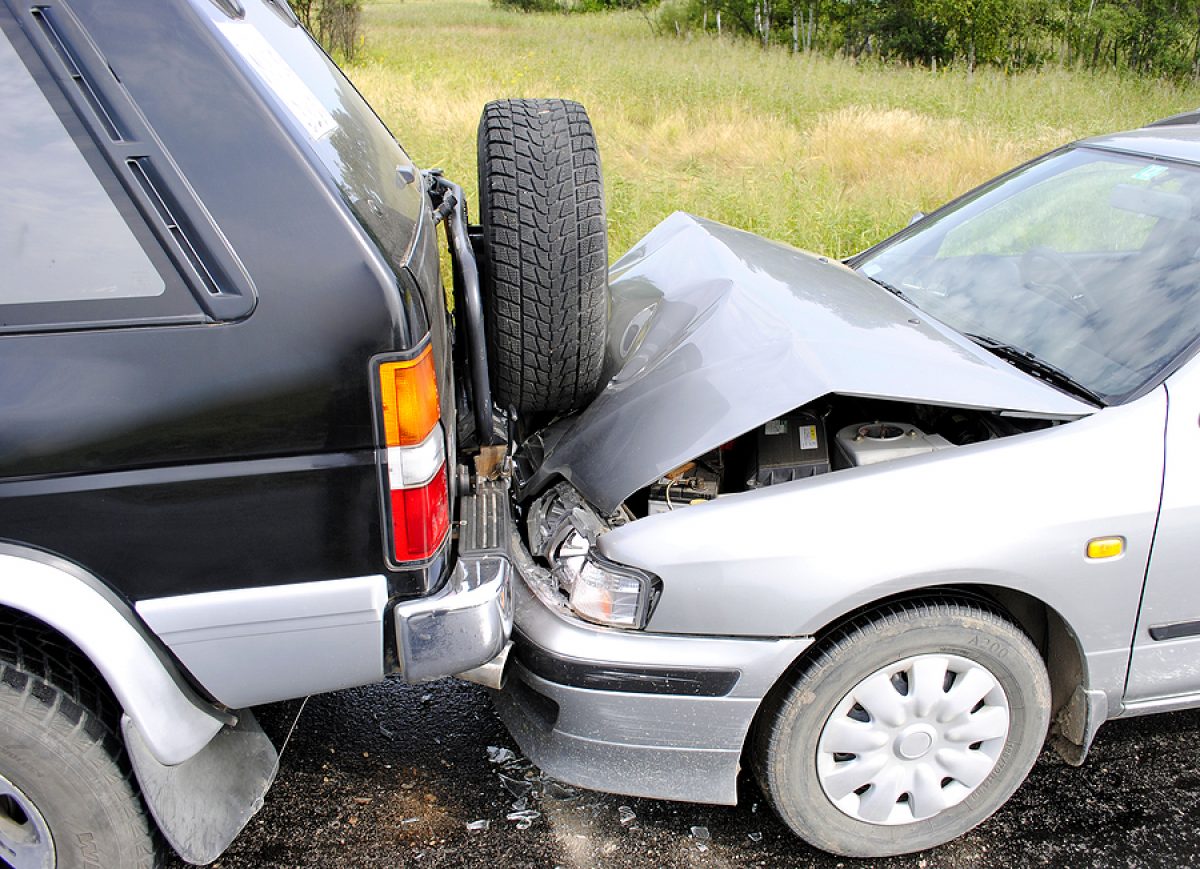 The truth is that the expense of repairing a damaged frame does not have a predetermined range. Everything is subject to the degree of damage. Consider, for instance, a dented rear quarter panel. Repairs that are as easy as repairing a dent might cost $500 to $1,000. However, serious damage may necessitate the replacement of entire sections, which would necessitate the removal of the old and the addition of the new via welding. In order to restore your vehicle to its original form, large industrial machines are next employed.

Is that pricey enough for you? Depending on the severity of the damage, the cost of repairing a damaged frame can reach $10,0000. As a result, insurance companies prefer to declare a total loss rather than spend the time and money necessary to repair the car.

What Does Frame Damage Mean To You?

A car with frame damage may be roadworthy, but it does not imply it is a wise choice. If the damage is minor, such as a dent in the rear quarter panel, you’ll be good. Driving an automobile whose structural integrity has been damaged, on the other hand, can be exceedingly hazardous. The ability of your frame to protect you in the case of a collision is highly uncertain if it has previously been damaged.

What Is A Camshaft Position Sensor?
Can You Soak Fuel Injectors To Clean Them?
Are Cold Air Intakes Bad
Can I Use 5w30 Instead Of 5w20 In My Honda