The alternator is one of the most important parts that make your car or truck move. When your car moves and needs electricity to charge its battery, it has a diode that helps. It’s small, but it has a lot of power.

The electric parts of the alternator provide power for things like the headlights, the horn, the wipers, the audiotape, and more. This guide will explain why you should always clean and protect your car alternator. It will also show you how to clean it.

What is an alternator? 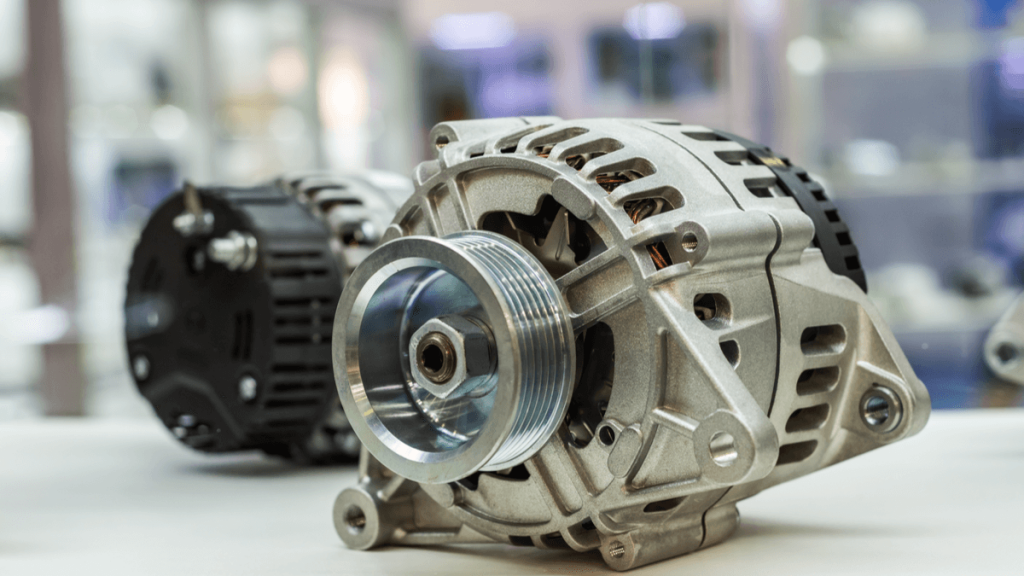 It is an electrical generator that converts mechanical energy into electrical energy that changes over time (AC). For example, when a diode turns electricity into dc, it can power the electronics in a car. The alternator’s shaft is made to move, and this movement makes electricity.

There are many things that can damage or kill an alternator, so let’s look at them now.

What kills an alternator?

When the alternator is turned on, it converts mechanical energy into electrical energy, which is Alternating Current (AC), and then sends Direct Current (DC) to the car’s electrical equipment. If your car alternator dies, here are two things you need to know about that can kill or damage it:

What can damage an alternator

Dirt, clogs, and leaving your car in the water for too long can all damage your alternator.

It will overheat if the part of an alternator that lets heat out has a lot of thick dirt on it. This could cause the parts in the alternator to break down.

Some parts of cars can touch water, but not for very long. In that case, please don’t park your car in a lot of water. If you don’t, your car’s alternator will be harmed by it.

What causes alternator diodes to fail

Because alternator diodes are overloaded, overheated, or have poor connections to the battery and the alternator output terminals, they don’t work well and don’t last very long.

There is a chance that the connection between the battery and the alternator isn’t correct. In that case, the diode could be damaged, which is likely to happen if the current meant to flow into the battery instead finds another way to flow out of the battery, causing it to overheat, which could damage it.

It can also happen when an alternator is used to charge a battery that isn’t fully charged with electricity from a fully charged battery. This is another thing that can damage the diode: changing your car’s battery while the engine is running is one of the main things that can.

Cars run when the battery’s cables are disconnected. If you do this, the current will have to go somewhere else and the diode is going to overheat and break down.

Step by step guide on how to clean alternator 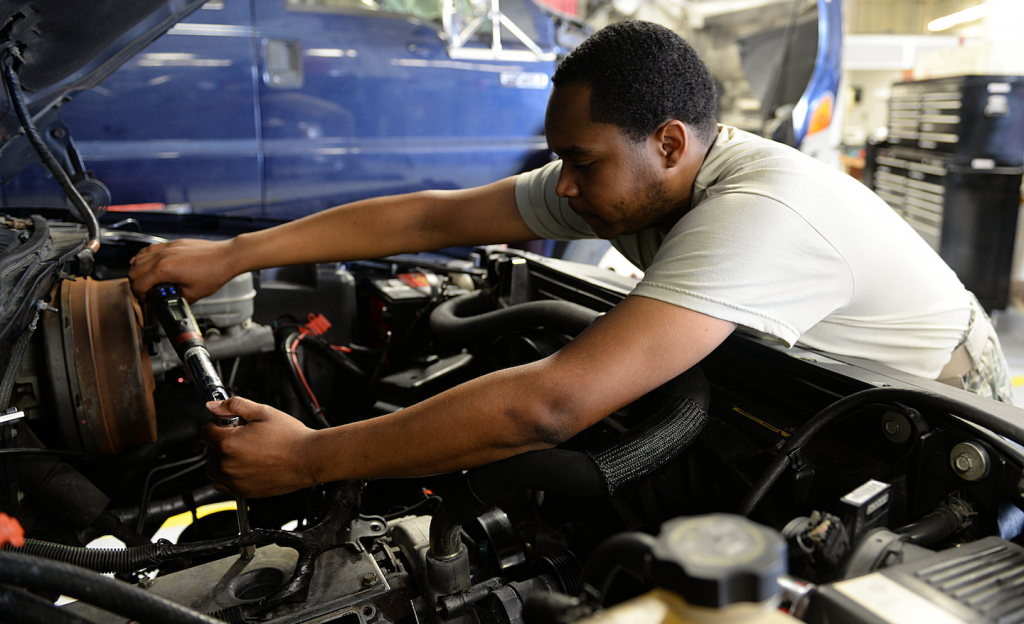 People who clean an alternator need to think about what they’ll need before they start.

The first thing you need to do is open the hood of your car. Then, disconnect the cables that connect your car battery and the alternator to avoid getting a shock. After this, you can clean your alternator by following the steps below:

Degreaser is available, so mix it with water and gently scrub the alternator. This is step two. When you wash the alternator, don’t flood it with too much water, because it could damage it.

Step three: Use a brush to scrub the part of the alternator that has dirt on it. When you clean the alternator, be careful not to damage it by scrubbing too hard on the greasy and oily parts.

CR is the fourth step.

Spray CRC electric cleaner on the alternator after you’ve washed it with water and degreaser. This will keep the electric leads from getting rusty.

Is it safe to wash the alternator?

How to clean alternator without removing

Can a bad alternator cause transmission problems?

How does the alternator affect the transmission?

You could have a bad alternator and a low battery in your car, which could cause your transmission to shift gears in the wrong way. This can cause other problems with the drive, such as stalling, rough shifts, and surges, to happen.

after replacing an alternator, one of the main things that can go wrong with the transmission is if the battery dies When you are a technician or a driver, you should check the battery to see if the cable is on the battery connector. If it’s connected to the battery and not working, you might want to try recharging it or getting a new one.

How to clean alternator windings 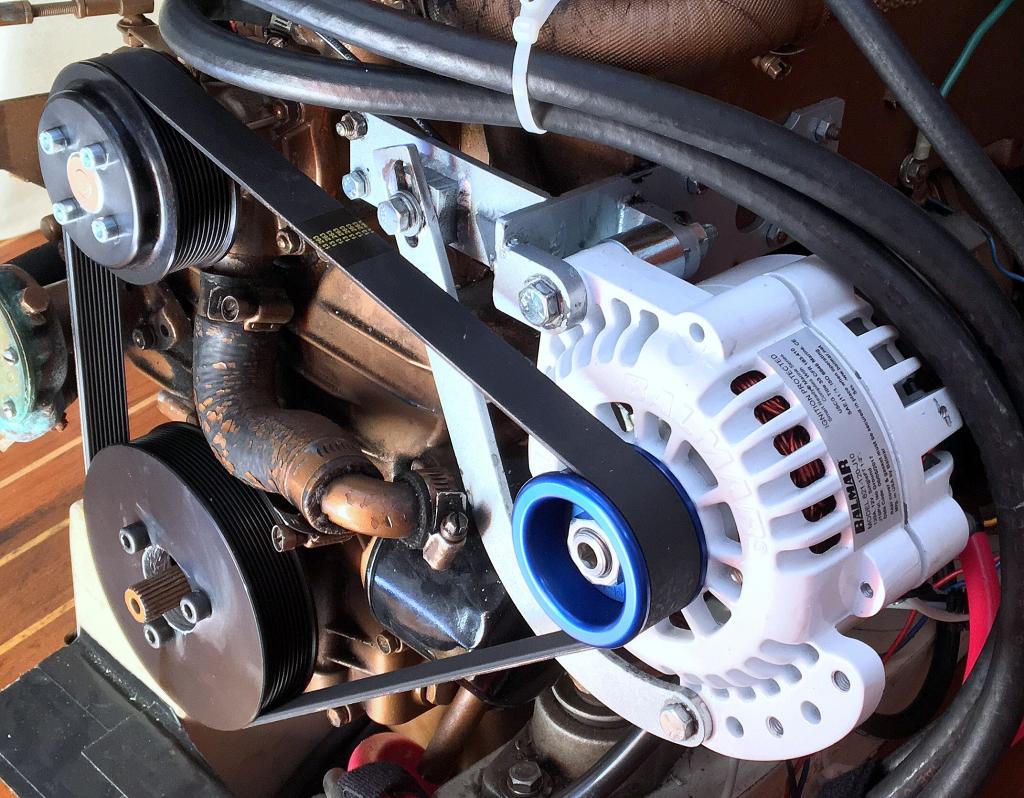 Clean your car alternator winding with the right tools to make it look like new:

Getting it out of your car’s bay is the first step. Then you can disassemble it and clean it. After dismantling it, you can follow the steps in the next step.

Then, after you open your alternator, mix degreaser with water and spray it on. A degreaser is used to get rid of the grease and oil that is on the car’s parts.

Brush the part of the alternator with the degreaser and water that you’ve made.

CRC Electronic cleaner: Spray the part of the alternator with CRC or something else to keep it from rusting.

After following the steps above, please wait a few minutes, put the alternator together, and put it in place.

Can I clean my car alternator with brake fluid?

Yes. If you want to clean your car alternator with brake fluid, you can do that. But if you use it the same way as a degreaser mixed with water, it will be good.

Every month, make sure you check it out. Also don’t park your car in a place with a lot of water. Do you think this information has been useful to you so far? If you want to keep this page handy and want to learn more, feel free to do so. Check out this other post, too: There are some cars that can run with a bad alternator.