The Dodge Scat Pack is one of the most exciting groups of muscle cars of all time, but what else is it? What makes these cars different from all the other fast cars that have come before them or that are sold today?

To understand and answer these questions, we will have to look at the history and mechanics of these unique cars and their parts to find out why they became a symbol of the changing social structure of the 1960s and how they have stood the test of time.

The Coronet Super Bee, the Dart GTS, and the Charger R/T were all part of the original Dodge Scat Pack. But in the modern world, the Scat Pack is a package of upgrades for the Dodge Charger and Challenger that improves their performance, style, technology, and comfort.

Aside from these performance improvements, there is a lot more to the mystery of the Scat pack, which is why it had such a loyal following.

Now, let’s take a quick look at the Dodge Scat Pack cars that are speeding around today and look a little bit under their hoods.

It can go at least a quarter of a mile in 12 seconds or less. Yes, THAT quick.

It has a 6.4-liter Hemi V8 engine with 485 horsepower and is always ready to go, just like the other member of the Scat Pack. It has a high-performance suspension system and torque power of 475 pound-feet.

If you want to slow down, you can use the Brembo brakes on the Dodge Charger Scat Pack, but why would you when it can go from 0 to 60 in 4.3 seconds?

The mechanics of the Dodge Challenger R/T are the same as those of the Charger, but it has a different body. This gives it a huge advantage over the Charger.

The small but strong Dodge Challenger R/T can go from 0 to 60 in just 3.8 seconds and can do the required Scat Pack quarter-mile in a blindingly fast 11.7 seconds.

The Dodge Challenger R/T can do this because it has a V8 engine with 485 horsepower and a classic six-speed manual transmission that comes standard.

In addition to these improvements in performance over their “regular” versions, the Scat Pack also includes improvements to the outside and inside of these vehicles to make them look and feel better.

What Makes The Scat Pack So Intriguing?

How come these cars? Why did they get a club? What made them so special and cool?

Aside from their obvious power, it has to do with the culture and the young people at the time it started.

Even though young people were finally getting the freedom to express themselves however they wanted, they still needed a way to do so.

Like many other “clubs” and “gangs” run by companies, you could join the Scat Pack Club and get newsletters and other information.

You also got jacket patches, pins, a membership card, and other things you could trade with other members, but the best part was that you could wear them!

People could see what you liked and think you were cool.

Not only was the memorabilia a way to market and advertise, but it was also a way for young people to show off what they liked. It gave them a way to express themselves and make them feel like they were part of a group of people with similar tastes.

It became a place where young people who felt lost, stifled, and angry could hang out.

Dodge made a lasting mark on the auto industry and, even more impressively, on the United States of America and the rest of the world by diving into the choppy and changing tides of American culture in the 1960s.

The Dodge Scat Pack has managed to stay popular for more than 50 years thanks to its marketing, branding, and continued relevance.

And there are no signs that they will slow down any time soon.

The mechanics use the Hemi V8 engines to get those kinds of speeds. 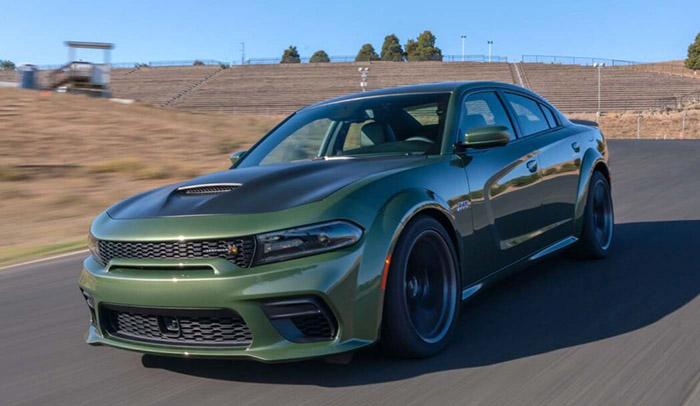 All of these gorgeous cars had V8 engines with 440 cubic inches and 375 horsepower.

The 426-cubic-inch Hemi engine in the Charger R/T gave it a whopping 425 horsepower. In 1970, the Dodge Challenger could join the Scat Pack because it had the same engine.

The 426-cubic-inch Hemi V8 engine could be put into the other cars, but that was an extra package.

As time went on, the Scat Pack became more of a customizable package, with special bundles of equipment and other things. Most recently, these cars have been updated with things like touchscreens, GPS, and other modern features.

But the Scat Pack’s ability to zip, zoom, and move quickly has not changed over the years.

As the market has changed, they have only gotten faster, more stylish, and more competitive.

History of the name “Scat Pack”

To fully understand the cultural and technological effects that the Dodge Scat Pack had (and still has) on America, we need to look at where these cars came from and how they became a family.

It was started by Dodge in 1968 as a way to market their best cars to a wide audience, but it soon became much more than that!

The Dodge Scat Pack is the name of this group of fast, expensive cars.

Do any of these sound familiar to you?

Probably because the name comes from something well-known. Even better known than the Scat Pack!

The 1960s Rat Pack—Sammy Davis Jr., Frank Sinatra, Dean Martin, Joey Bishop, and Pete Lawford—had a huge impact on the name choice. In the 1950s and 1960s, they were the sweet-voiced party boys with great songs, but as the generations changed, so did the music.

Instead of getting ideas from the old-fashioned jazzy pop songs that the Rat Pack and other crooners were making, Dodge got into the lifestyle and extravagance of Rock and Roll, which was popular with young people, and used that to market their cars.

“Scat” was used instead of “Rat” to make an analogy about getting rid of rats. This meant that the days of crooners, old people, and controlling parents were over, and the days of fast cars, loud music, and freedom of speech were just around the corner.

So, the name “Scat Pack” was made, and Dodge started using it to market their fastest muscle cars. For a car to be a part of this exclusive car club, it has to be able to go a quarter mile in less than 14.99 seconds.

The Scat Pack was made so that they could sell all of their fastest and coolest cars under one name. This gave the impression that the cars were special and set them apart from other muscle car makers, whose cars didn’t have a name or a membership club.

But it was also a way to make a family of high-end race cars and sell them to young people in the late 1960s and early 1970s who liked to have fun and listen to rock and roll.

In the 1950s, Chuck Berry started the rock and roll wave that legends like the Rolling Stones, the Beatles, the Who, the Byrds, and Buffalo Springfield rode.

Young people today still have the same “live fast” attitude, and popular music still praises it. But over time, it has grown to include people of all ages.

Since the Scat Pack came out, songs about fast cars and living in luxury have become common in American music, and they don’t seem to be going away anytime soon.

But as music and pop culture changed quickly, so did the conservative views of many young Americans, and young people began to rebel and fight against the society that was putting them down.

Not only did a social revolution start, but it grew quickly and spread to people of all races, classes, and genders.

And “fighting the machine” was so much cooler and easier to do when you were in a fast car that scared away your old neighbours.

The Scat Pack went with the flow of how society was changing, and boy did it pay off.

People of all ages agree that the Scat Pack was and still is the best sport, race, and muscle cars in history, even though it was and is a long time ago.

The simple fact that the Scat Pack still exists and still excites the masses to this day, it’s a testament to its lasting social and cultural impact on American lives.