A wheel bearing is an important part that connects the wheel to the axle. In this article, we’ll talk about what wheel bearings do, how to tell when they need to be changed, and how much it costs to do so.

What are wheel bearings? 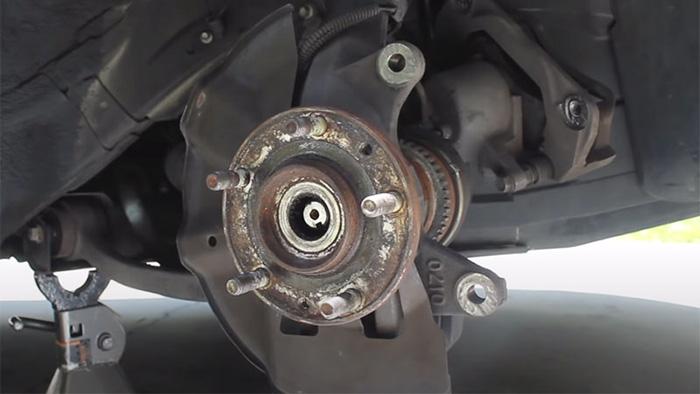 Wheel bearings are devices that help reduce friction between moving parts while still letting them turn freely. Bearings are used a lot in cars, bikes, engines, aeroplanes, and other complicated machines because they make movement easier and cause less friction. The wheel bearing is a simple but clever piece of technology that keeps our modern world (and your car) moving.

What is its purpose?

The wheel bearings’ main job is to let the wheel hub spin freely on the axle spindle. They connect the parts of the vehicle that stay still to the parts that move. Bearings are needed in cars because high levels of friction can do a lot of damage to the drivetrain and suspension parts. When parts are constantly under load and moving, a thin film of lubricant is not enough.

Also, the torque from the axles can be transferred to the wheels with little loss of power thanks to the wheel bearings. Friction wastes power, so reducing it is the most important thing you can do to make a vehicle run better.

Lastly, bearings keep your car stable by keeping the wheels on their axis of rotation and absorbing radial and axial forces at the same time.

What are the signs of worn wheel bearings?

There are many signs that the wheel hub bearings are worn. Some signs are easy to spot, such as strange sounds. Some of them can only be seen when the car is moving. Modern cars have a diagnostic feature that will tell you if there is a problem with the wheel hub assembly. This is a very helpful feature. The onboard computer will let you know about any problems before they get worse.

If you are driving an older car or if your onboard computer doesn’t warn you, the following signs could mean that your wheel bearings are worn. If you notice any of these things, you need to get your car fixed as soon as possible. If you don’t, you could have to pay a lot for repairs or, even worse, have major safety problems.

Most of the time, wheels that wobble and vibrate are out of alignment, have come loose, or have worn suspension parts. But the wheel may also vibrate and wobble if there is a gap or play in the bearings. The severity of oscillation can change, and it usually gets worse as the speed goes up. Wobbling also makes tyres wear out faster than normal.

Bad hub assemblies, worn tyres, and broken suspension parts are often the cause of strange noises. But noises like clicking, grinding, or rumbling could also mean the bearings are worn. These noises are caused by too much play in the bearings, broken bearing parts, and bearings that aren’t seated properly. Bearings that make loud, annoying noises are an easy way to tell that you need to replace them.

Shimmying is another sign that your bearings are worn. It is often caused by bad alignment, worn bushings, and uneven tyre wear. Shimmying happens when the bearings have too much play, and you can usually tell when the car is in drive. Shimmying gets worse when the wheel hub assembly is moving faster and there is more oscillation. Because the wheel with the worn bearing is out of sync with the other wheels, the car may also drift or pull to the side of that wheel.

For the brakes to work, the bearings, rotors, and brake callipers must all be on the same plane. If any of these parts are out of place, the car may swerve out of control when it stops. Brakes are made to work at the same time so that the vehicle stays stable as it slows down. If a wheel bearing goes bad on one of the wheels, the brakes on that wheel won’t work right because the rotor and hub are loose.

What causes bearings to fail? 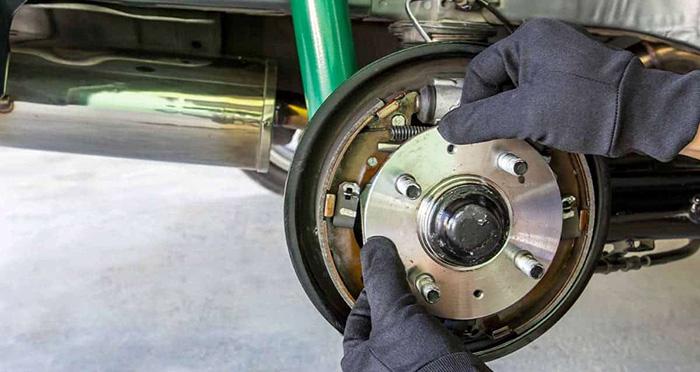 Wheel bearings are made of hardened steel. Because of improvements in metalworking, they can take a lot of abuse. Bearings are made this way so that they can support the full weight of the vehicle, absorb forces, and keep working for a long time. Even though bearings are strong, they do wear out over time.

The rate of bearing wear is different and depends on how and where you drive. When you drive on paved roads, the wheel bearing doesn’t have to work very hard. When driving on rough terrain, it’s the other way around. How you drive affects how long bearings will last.

Aside from normal wear and tear, broken seals, bad alignment, and impact forces can also cause damage to wheel bearings.

Most bearings fail because their seals are broken. Rubber or plastic seals can be torn or broken on modern sealed bearings. The seal’s job is to keep the lubricant inside the bearing assembly and keep dirt out of its insides. Bearing seals can be damaged by strong vibrations and shocks because of where they are.

Lubrication is important for bearings because it reduces friction and heat. If the seals are broken, the grease inside the bearings could leak out and stop lubricating the balls or rollers. If the seals are broken, dirt and water could also get into the bearing assembly. Dirt and water can get into the grease, which makes it less effective at lubricating and cooling the rolling parts.

Corrosion can also be caused by things like condensation and humidity that come from the outside. Even though the wheel bearings are not directly exposed to the weather, their location makes them vulnerable to moisture from the road, which can cause corrosion. Corrosion on the outside of the bearing will speed up wear, which will eventually cause the seals to break.

Impact forces are another thing that can wear out bearings. Driving fast over potholes and in very rough terrain are both great examples. Since the tyres can’t use the damping effects of the suspension system, they transfer a lot of shock to the bearings. Impact forces can break the seals, deform or score the bearing races, and warp the bearing cage.

When installation is done wrong, bearings can fail. The bearing must be firmly attached to the hub assembly, and its axis of rotation must be straight. When putting in bearings, you should use a bearing press because force from the wrong tools, like hammers, could damage the bearings.

If the seat isn’t set up right, the bearing or wheel hub assembly may have some play, which could make the wheel wobble. If you don’t fix the play, the oscillation and vibration will almost certainly damage the bearing over time if you don’t fix it.

Alignment is done to make sure that the vehicle moves straight and true. When the toe and camber angles are too big, they put extra stress on the bearings at angles they were not made to handle. When the wheels are properly aligned, the load on the wheel bearings, tyres, and suspension is spread out evenly. If the car is not properly aligned, the uneven contact patches of the tyres can cause them to wear out faster.

Wheel bearings need to be strong so they can handle the huge forces that are put on them. Some manufacturers cut corners on materials and processes when making bearings, which is a shame. When made of low-quality materials, bearings are more likely to break or wear out.

How to diagnose bad wheel bearings?

The best way to figure out if a bearing is bad is to look at the wheels and listen for strange sounds. Raise the car on jack stands and move the wheel assembly in question from side to side. If there is some play, the bearing is probably worn. Even if there is no play, strange sounds like grinding can be a sign of bearing wear.

How are wheel bearings replaced?

When replacing a press-on bearing in a hub assembly, the old bearing is pushed out of the hub assembly. A new bearing is pressed into place after the bearing seat has been cleaned. Putting everything back together means doing the steps backwards.

Newer cars have hub assemblies that can’t be fixed. In this case, you have to replace the whole thing because the bearings aren’t made to be pressed out of the hub.

How much does it cost to have the bearings replaced?

The total cost of replacing wheel bearings depends on three things: the cost of parts, the cost of labour, and other fees. On average, replacing the bearings in the front wheels costs around $600. Costs for parts can range from $200 to $300. (for a pair of hub assemblies). Most labour costs between $250 and $350.

The total cost also depends on whether you only need to replace one pair of bearings or all of the vehicle’s wheel bearings. Having all your bearings replaced will, of course, cost about twice as much as just having the front or back ones done.

Another thing to think about is where you’ll take the car to get fixed. Taking your car to the dealer can easily cost twice as much. If you don’t have to worry about money, a dealership is a great choice. You can sleep well knowing that your car is being worked on by skilled mechanics at the dealership.

If you don’t have a lot of money, you might want to take your car to an independent mechanic. They charge less than the dealership and can easily switch out the bearings. It can be hard to find the right mechanic because some of them might cut corners on parts or work. Ask around or look online for reviews.

The last option is to do it yourself. This can save you a lot of money and be a great way to learn. Most of the time, you shouldn’t change the bearings yourself unless you don’t mind getting your hands dirty and putting in some hard work. Keep a mechanic on hand in case something goes wrong.

Wheel bearings are an important part of how a car works and how safe it is to drive. When they are broken or worn out, you must replace them as soon as possible. Even though it costs money to replace the bearings, the peace of mind is well worth the cost.

Common Causes Of Fcw System Failed
How To Calculate Fuel Consumption
How To Remove Inspection Stickers
How Does A Pushrod Get Bent?