Vehicles with all-wheel drive send power to each wheel separately. Because of this, some tyres on a car can wear out faster than others.

Keep reading to find out more about how AWD vehicles’ tyres wear.

Why Do the Front Tires Wear Faster on an AWD? 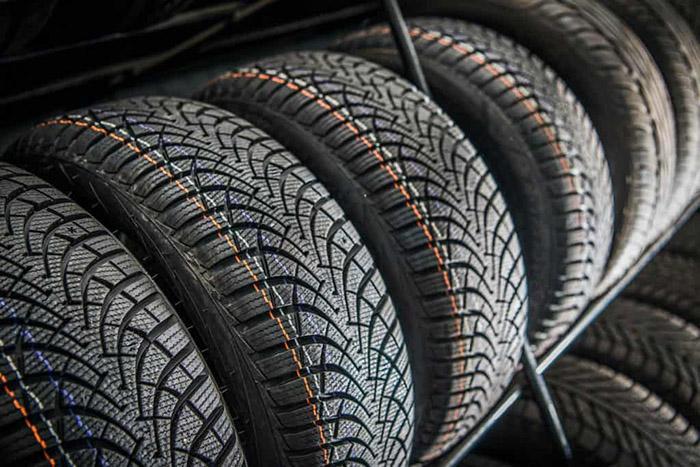 On an AWD, the front tyres tend to wear out faster for a couple of reasons. Most AWDs break down faster because the way they are made puts more force on them.

When you drive an automatic AWD vehicle, the transmission usually sends more torque to the front. So these are the ones that get the most use and wear.

Also, the front of a car usually weighs more than the back. So, the front tyres are pushed a little harder into the road. When a tyre has more weight on it, it wears out faster.

Another thing to think about is how your car turns corners. Almost all cars turn with the front wheels. When you turn, your tyres feel more force because of this. That also makes them wear out a little faster.

Also, most of the time, your front tyres have better grip than your back tyres. They won’t spin out as often as the back tyres. Even when they speed up quickly, they don’t lose too much grip. Since they also send power to the road, they will wear out more quickly.

Even when you stop, more force goes to the front of your car. Since most of its weight is in the front, your front tyres have to work harder to stop the car.

When you have an AWD, it’s even more important to change the tyres than usual. You don’t want to leave the front tyres on for too long because they wear out faster. If not, you’ll have to change them before the back ones.

Which Tires Wear Faster the Left or the Right?

When you look at the left and right tyres, there isn’t as much difference. But you might find that the left tyres wear out a little faster.

In general, it seems like the front left tyre wears out the fastest.

That’s because most drivers turn right more often than they turn left. And when you turn right, the left tyres get more force than the right tyres.

The road’s slope could be another reason. Camber is the term for the slight tilt that most roads have.

Most of the time, that helps keep water from getting into the driving lanes. But it also wears out your left tyres a little bit faster.

Try switching your tyres from left to right to stop this. That should help them wear out more evenly. By doing this, you’ll keep them in good shape for as long as possible.

If you put different tyres on an AWD, it could hurt the drivetrain. Even if you buy the same brand of tyre, it won’t be the same size if you only replace one.

Since AWDs send power to each wheel separately, you have to get tyres that match. If you don’t, you’ll mess up the computer system in your car.

The computer system in an AWD tells each wheel how much power to send. Then, it could hurt the way your car works.

It might think that you’re losing grip more often in one of the tyres. Because of this, it will give that one more power. If you gave one of them more power, it would end up dying sooner. Make sure your tyres match if you want them to last as long as possible.

After a mile, the tyre with the thinner treads would have moved 11 feet farther. It may not seem like much, but that will make that tyre wear out faster.

Rotating your tyres often will keep this from happening. If you drive around with tyres that don’t match, you could hurt your AWD’s drivetrain. Your car could be ruined if the drivetrain breaks. So, it’s important to use a set of tyres that go together.

It could even hurt the differentials on your AWD. Differentials are what let each wheel get power on its own. If your differential breaks, you’ll have a hard time driving.

Do All 4 Tires Need to Be Replaced on an AWD? 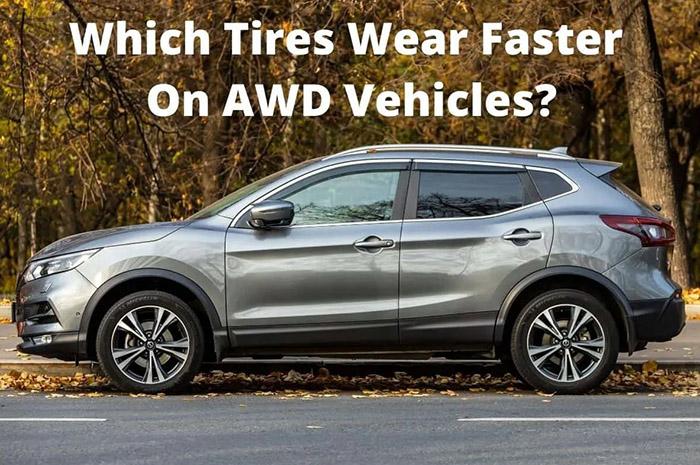 When you have an AWD, you must change all four tyres at the same time. If you don’t, your tyres won’t match, which could cause mechanical problems. Tires that go together have the same size and shape. Your AWD’s drivetrain will last longer if you only use tyres that match.

Even putting one of the same brand in its place would cause trouble. If the treads on your tyres are different by more than 3/32 in, it will be a problem. More problems will come up as the difference gets bigger.

To go the same distance, tyres with smaller treads have to spin faster. That will not only wear them out faster, but it will also mess up the computer in your AWD.

Problems should be kept to a minimum if you rotate your tyres often. But you have to replace them both at once. When it’s time to get new ones, order new ones for all four wheels. That’s the best way to keep the drivetrain and differentials in your AWD in good shape.

Understanding the Importance of Your Tires on an AWD

AWDs work in a slightly different way than most 4WDs. In a 4WD, each wheel gets the same amount of power from the drivetrain. So, differences between your tyres won’t be too big of a deal.

Each wheel gets power from an AWD, but it does this on its own. There is a computer on board that figures out how much power each one needs. This only works when all of them are the same.

Most of the time, the tyres in front wear out faster than the ones in back. If you switch them around often, there shouldn’t be any big differences between them. Still, when you need to replace them, you have to do it all at once.