When you push down on the gas pedal, you should hear the engine roar and the wind blowing through the windows. So, when you hear a whining sound instead, it’s not just annoying—a it’s sign of a bigger problem.

But what could be wrong and where should you look first? We’ll show you everything you need to know about this place.

Tracking Down the Sound 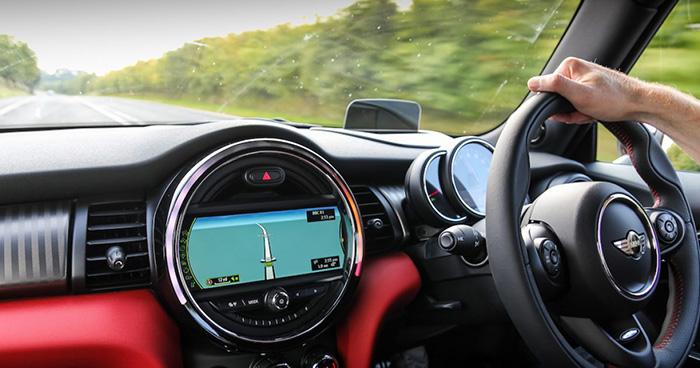 A whining sound can actually come from a lot of different places and things. So, you need to find out where the problem is coming from before you can really figure out what’s causing it.

But if you can’t figure out where the noise is coming from, we have a few tips for you. First, put the car in park, turn off all accessories, and rev the engine. If the sound is still there, it is coming from the engine bay.

If it’s not, you can go ahead and drive. When you speed up while driving, all the windows should be rolled up. This stops most of the noise, but if the whining is still coming into your car, you’ll know where it’s coming from.

That’s because you’ve sealed up the whole car, so this will help you figure out more accurately where the whining is coming from. If you can’t hear the sound or can’t figure out where it’s coming from with the windows up, try again with all the windows down.

You should make sure that all the accessories in your car are turned off before you do this. This will get rid of any extra noise and cut down on the possible problems.

Whining Noises From Under Your Vehicle While Accelerating

If the whining sound is coming from under your car, it could be caused by a few things. The problem could be with your driveline, your transmission, or a part of your steering. Here, we’ll talk about each part on its own.

Still, if the transmission fluid is fine and you’re sure the sound is coming from the transmission, you probably have bigger, more expensive problems. Then you have a problem with the gears or bearings, which are harder to fix and cost more to fix.

You can try to get by for a little longer with a slip-stop additive, but it’s best to fix the problem instead of covering it up.

When you speed up, if your driveline makes noise, it could be one of two things. First, your friends (or people you don’t know) might be messing with you. Attaching zip ties or other parts to the driveline is a common trick. As you drive, you’ll hear them making a lot of noise under your car.

It won’t hurt you at all, but you’ll have to take the things that are attached off to stop the sound. The second possibility is that the bearings or bolts are loose. This is a very big problem. If the bolts or bearings break, it can do a lot of damage to the engine.

If you can get under your car, it’s not too hard to check the driveline.

When the car is moving fast and the steering makes a whining sound, it could be coming from under the car or from one of the wheel wells. This is because you can find parts for steering in both places.

The steering gearbox is under your car. If you don’t have enough power steering fluid, it will whine. While driving, other steering parts can rub against each other, which can cause a whining sound to come from one of the wheel wells.

Whining Noises From Your Wheel Wells While Accelerating 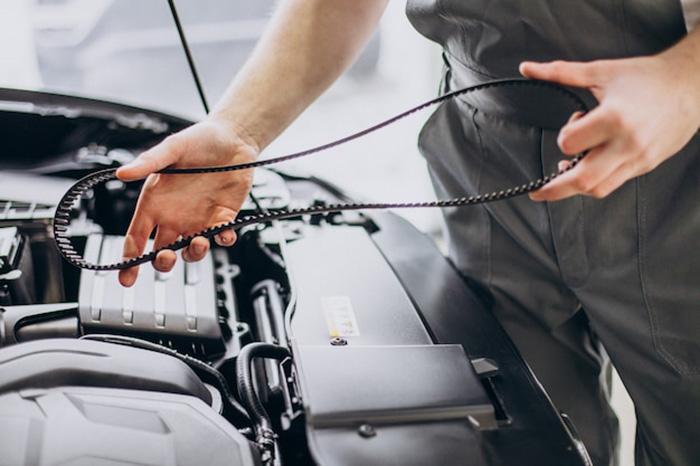 If the whining sound is coming from one of the wheel wells, that’s a good sign. Even though there are a lot of possible problems in each wheel well, the area isn’t that big, so it’s not too hard to check everything to find the issue.

There could be a problem if the backing plate is rubbing against the rotors or if the brake pads are worn out. When you hit the brakes, the squealers on the brake pads make the most noise, but they often rub the whole time you’re driving, which gets louder when you speed up.

The wheel bearings could also be worn out. This will spin faster and faster as you speed up, adding to the noise. To check for worn wheel bearings, you can’t just look at them like you can with the rest of your car’s parts. Instead, you have to tighten everything down and see if the wheel moves at all.

To check, just raise the car on jack stands and wiggle the tyre while someone holds the steering wheels straight. If the tyre moves around, the wheel bearings need to be changed.

Whining Noises From Your Engine Bay While Accelerating

If the car was in park and you revved the engine and heard whining, the whining sounds are coming from the engine bay. We can get closer to the problem, but there are still a lot of parts to check.

If you turned off all the extras, it’s a part that’s connected to the drive belt, which is in front of your engine. But if the problem is with the air conditioner or another belt-driven part and it comes and goes, you’ve found it.

The alternator is one of the most common parts that will start to whine when you speed up. There are two things that could make this whining sound. First, the pulley may be loose or have rust on it. If the noise is coming from the pulley, some WD-40 might help.

But if it’s loose, you might need to tighten the bolt or replace the pulley. But the whistling sound could be coming from the alternator. That’s because the alternator is a part that moves, and if its bearings are worn out, it will start making noise.

Even though this is a sign of a bigger problem because the fluid shouldn’t be going anywhere, all you need to do to stop the whining is add more fluid. But after you fill the reservoir, you need to take the time to find where the leak is coming from. Otherwise, the same problem will keep happening.

Even though we mentioned the power steering pump and the alternator pump, that doesn’t mean that those are the only pulleys that could be making the whining sound. The noise could be coming from any pulley that is connected to the drive belt.

This is especially common with idler pulleys. Crankshaft and camshaft pulleys, on the other hand, rarely have this problem. It can be hard to figure out which pulley is making the noise, but if you spray WD-40 on each pulley while the engine is running, it can help you find the problem.

Once you find the bad pulley, WD-40 will usually make it squeak louder, at least for a littlewhile. If the problem is rust or something like that, WD-40 might make it go away in the long run. But WD-40 won’t fix the problem if it’s a loose pulley, but it can help you find it.

Whining Noise From Speakers When Accelerating

If you have an aftermarket speaker system or just took out and put back in some speaker parts, you might hear a whining sound coming from your car’s speakers. Unlike other problems, where finding the source of the whine takes a lot of work, finding the whine here is easy. Finding the source, on the other hand, can be hard.

Most of the time, an alternator or an external amplifier is to blame for a whining sound coming from the speakers when the car is speeding up.

Both of these fixes won’t get rid of the noise your alternator is making, but they will stop you from hearing it through the speakers. If the sound is coming from an external amplifier, it’s likely that your ground isn’t the best.

The problem should be fixed if you can find a better ground and use it for your external amplifier.

Fuel Consumption Ford V10 MPG
How To Repair Car Headliner
Can You Buy A Car With Zero Miles?
Can I Switch From Regular To Premium Gas