When it comes to off-brand or greatest value products, we all have reservations. Well-known businesses rose to prominence by producing excellent items with a long track record of success and a large number of delighted customers. Cars are expensive, but motor oil isn’t, so most of us would rather spend a few additional dollars on brand-name oil than risk engine damage.

According to most articles, Warren Oil Company is the sole manufacturer of Walmart’s Supertech oil. However, after doing some research, I discovered that ExxonMobil and Pennzoil also produce Walmart oil. What makes purchasing Supertech oil difficult is determining which manufacturer supplies Walmarts in your state. We’ll get to that later, as we’ll first go through a quick manufacturer overview. 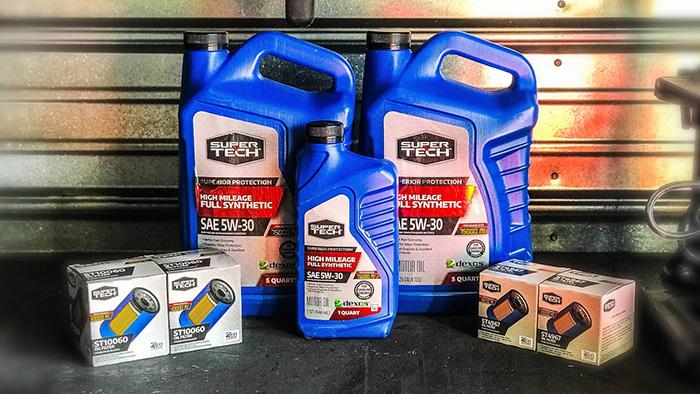 Irvin Warren founded the company in 1976 in a modest building in Dunn, North Carolina, with only two employees. Warren purchased five additional blending and packaging companies between 1991 and 2003, considerably expanding the scope of manufacture. Trail Creek Investments buys the company in 2016.

Warren Oil Company is now a national company with locations in Dunn, Arizona, Texas, Pennsylvania, Illinois, and Alabama. It employs over 400 people and exports items to over twenty countries.

Some of the brands and items listed here may be familiar to you. Warren Oil Company produces a wide range of products, but you can find them almost anywhere. It appears that they have an exclusivity agreement with Walmart, or that they are not listing their products on Amazon.

It manufactures one of the most well-known motor oil brands.

Mobil 1, as well as virtually every oil-related product.

ExxonMobil was formed in 1999 by the combination of Exxon and Mobil, but both firms had existed under the same name for almost a century earlier. John D. Rockefeller and his associates establish the Standard Oil Company in 1870. As its business techniques resulted in a monopoly over the US market, the corporation was constantly under pressure from the general public and the government.

Standard Oil was divided into 34 companies as a result of a Supreme Court decision. One of them was Jersey Standard of New Jersey, which ultimately became Exxon, while Socony of New York became Mobil. 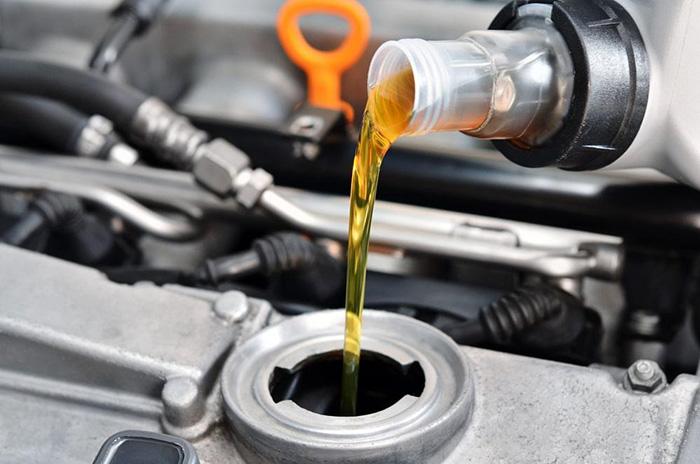 Pennzoil was founded in Pennsylvania in 1913 and operated independently until 2002, when it was purchased by Royal Dutch Shell, better known as Shell.

Pennzoil now manufactures a wide range of products that are easily identified by their yellow packaging and an oval emblem displaying a red bell on a yellow background:

How to Tell Who Made Local Supertech Oil

Supertech may be a single brand, but the oil within the bottle will vary across the country. The three manufacturers ship packaged oil to Walmart, which distributes it to local retailers. Going by geography is not a good means of determining where Supertech Oil originated, so I’ll give you a few pointers on how to identify the manufacturer.

It’s crucial to remember that when you buy something online, you have no idea what you’re purchasing.

The bottle cap is the best way to tell if the oil was produced by ExxonMobil. It is larger than a standard Supertech cap and will be comparable to or identical to the caps found on Mobil 1 oil bottles.

Warren manufactures the majority of Walmart’s synthetic motor oils. Looking for a white rectangle on the front or rear label is the simplest method to know if you’re getting Warren-made oil. The rectangle can be empty, contain a number, or include a QR code.

The package mark identifies oil made by Pennzoil. Because it is packaged by Constar, the bottom of the container will feature a small letter C with a star inside it. Keep in mind that Warren will utilize Constar packaging if they run out of their own, so look for a white rectangle on the labels to confirm or rule out Warren as the manufacturer.

Why is Supertech Oil Cheaper?

They are less expensive because companies like Amazon and Walmart can order things in such large quantities that the manufacturer can give them a significantly better price than anyone else. They already have storage facilities and retail locations where these things may be readily stored and sold.

Stores do not need to invest in brand marketing because the low price does it for them. The store not only buys these things at a reduced cost, but they can also sell them at a lower profit margin and still make a profit.

All of these variables add together to make store brand products less expensive than nearly any competitor. To maintain a strong market, stores give their items uninspired names and boring labels, and they also strive to conceal where the product was manufactured.

This makes perfect sense. If you knew for sure that the oil in the Supertech container was identical to Mobil 1, you’d never buy Mobil 1 again because it’s more expensive. Furthermore, ExxonMobil would never sell their oil to Walmart if they considered it as a risk to their own brand and earnings. However, if you can figure out where the product is originating from, store brands might be a terrific way to save money while still getting a high-quality product.

Is Supertech Oil Any Good?

The simple answer is yes, Supertech oil is good, and you can use it without fear of hurting your engine. It is available in the majority of SAE grades and has many versions to accommodate a broader range of engine types.

The best way to test engine oil is to run it through a full maintenance cycle and see how well it performs on the engine. In my study, I discovered hundreds of good evaluations from customers who have driven their vehicles only on Supertech for hundreds of thousands of kilometers. The few negative reviews on the product page were all about delivery, as these buyers received leaking bottles.

Watch the video below to see what a 310, 000-mile engine looks like after running Supertech for the final 200, 000 miles. If you read the comments, you’ll notice nothing except excellent feedback from folks who use Supertech oil.

The truth is that there aren’t many variations between engine oil brands. If you compared the worst oil to the best, you might detect a difference over time, but most oil brands, including Supertech, are in the middle of the spectrum, where these variations are negligible.

The most important thing to remember is that regular oil changes are significantly more vital than the type of oil you use. Driving beyond the oil manufacturer’s recommended limit risks irreversibly harming the engine. Because Supertech oil is less expensive, changing it more frequently may provide better protection than any other oil brand within the same price range.

There are a few certifications to bear in mind when it comes to quality proofing.

The first is the API Donut, which is a stamp with Resource conserving printed around the bottom half, API service written around the top, and an oil grade in the middle, such as SAE 5W 30. API stands for American Petroleum Institute, and any oil bearing its seal has passed its stringent quality criteria.

The API Starburst is the second stamp, with American Petroleum Institute certified inscribed around the star and For Gasoline Engines written in the center. This accreditation indicates that the oil satisfies the most recent ILSAC (International Lubricant Standardization and Approval Committee) criteria and is not only suitable for engine usage, but also improves fuel economy and emissions.

Supertech oil is certainly a good oil brand because it meets both API and ILSAC criteria.

There are a number of textual and video comparisons between Supertech and other brands, including Supertech vsMobil 1, Supertech vsCastrol, Supertech vsAmazonbasics, and so on.

Most of these comparisons, however, can be deceptive. It makes little difference which oil wins these short-term testing because minor discrepancies in test results do not properly translate to outcomes of normal long-term use inside the engine.

The key determinants for engine wear are regular oil changes and avoiding driving too hard, not the type of oil. I’m not going to go into more detail on this topic because I believe most tests don’t produce useful data and I’m not knowledgeable enough to determine the differences between oil brands myself.

The best approach to determine whether Supertech oil is perfect for you is to look at the benefits and disadvantages and see how they apply to your vehicle and driving style.

The main reason to buy Supertech oil is the lower price, but how much cheaper is it?

Supertech oil meets all of the requirements for API and ILSAC approval and will perform admirably in any regular passenger vehicle.

To be honest, Supertech oil is adequate, but not exceptional, with Mobil 1, Valvoline, and Castrol maintaining a quality advantage. The changes may be imperceptible in standard engines, but powerful HEMI engines, finely tuned sports cars, and other high-performance vehicles require the best oil to function effectively, with some manufacturers even suggesting a specific brand.

Supertech also has a short change interval of 10,000 miles, depending on how you look at it. I would still consider it more than you should ever wait to replace your oil, but some engines are built to run on the same oil for far extended periods of time. In some circumstances, long-life solutions from other manufacturers are preferable.

Overall, Warren Oil Company’s Supertech is a reliable selection. Many long-term customers have praised it, but I’d still think twice about saving a few dollars a year and installing it in my vehicles over Mobil 1.

However, if you’re on a tight budget, and especially if your vehicle isn’t worth much, utilizing Supertech and other Walmart oils and filters is an excellent method to decrease maintenance costs.