Why Carports Are A Great Alternative To Garages Updated 08/2022

Cars are usually one of the most expensive things you can buy. Too many people, though, leave them out in the weather for too long. This can cause damage and make the item less valuable.

Carports are one way to protect your investment from the unknown. There are other ways, too. Carports are less expensive than building a garage, but they still do a great job of protecting your cars. People are choosing carports over garages more and more often for a number of reasons, such as:

Even though carports are more open and only have a roof and sometimes sides, they still protect your car from things like rain, snow, and UV rays from the sun. Even carports are made of strong steel so they can stand up to bad weather. 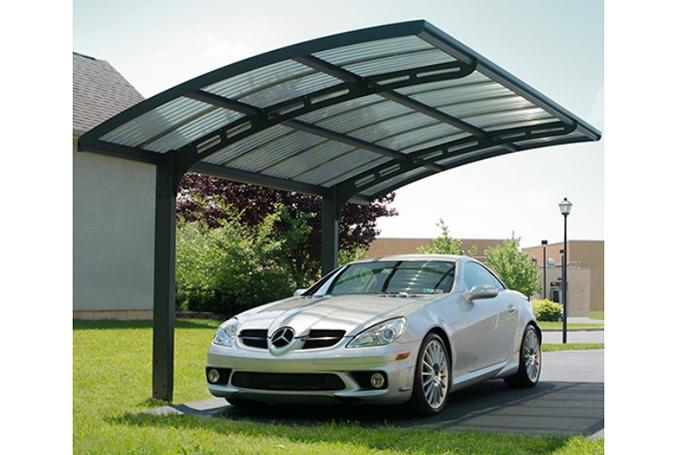 Carports can be put almost anywhere, though they are usually close to the house. This can be helpful for people who live alone because it makes it easier for them to pull up to the carport. Also, it’s safer to park close to the front door of the house than on the street.

A carport can be a multi-use structure. In addition to storing vehicles, they are a great way to get shade for a number of different needs. For example, they can give shade to kids playing outside when it’s hot and sunny. They can also be a place to work outside, a do-it-yourself pavilion, or a roof over your deck or patio. Usually, a carport is used to store cars and provide shade, but thanks to advances in technology, you can now install solar carports that do all of those things and also offer the benefits of ground-mounted solar panels, such as saving energy.

It is true that garages can be locked to protect cars from theft or vandalism by people. But if your car is under a carport instead of in a garage, people can see it much better. So, criminals are less likely to break into your carport because they know they can be caught easily. In other words, your car is much safer in an open structure where it can be seen than in a garage where someone could sneak in and steal or damage it.

Most carports are in open spaces and don’t have doors. In the end, there isn’t much chance that you’ll hit something and damage your car or the building itself. Accidents can happen in fog, snow, heavy rain, or at night when it’s hard to see. A garage will hurt the car more than a carport. This makes it easier to slide your car into a carport to store it. Also, not having doors can be helpful when you need to bring in things like grocery bags or other things.

Too Much Heet In Gas Tank
How Do You Get A Medical Exemption For Window Tint In Idaho?
Changing Oil On Ramps
Next Gen BMW 5 Series Unveiled