One of the worst sounds a car lover can hear is their car sputtering and coughing.

If your car backfires, it could mean that something is wrong and you need to get it checked out before it stops working completely.

But old cars are the only ones that backfire, right? Do you have to worry about backfiring if you buy a new car?

Modern cars rarely backfire because they have built-in systems that monitor and control how much fuel and air go into the engine. If your car backfires, it’s likely because there’s a problem with the tuning, timing, or spark plugs.

Even though it doesn’t happen often in newer cars, backfiring can still happen. Read on to find out more about why things go wrong.

Why do modern cars backfire less?

If you have a newer car, however, the chances of it backfiring are very low.

The reason is that engines in older cars don’t have a Central Processing Unit (CPU) that controls the engine and controls how much fuel the engine takes in.

This makes backfiring less common, but not impossible. 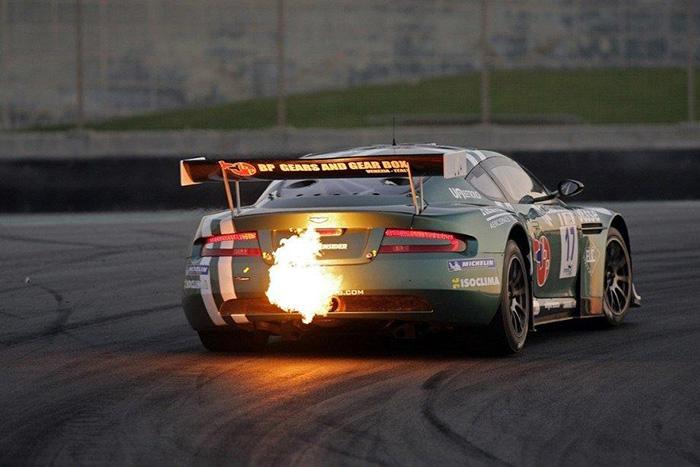 If your car is backfiring, there could be a number of things wrong. Let’s look at the most often used!

When a car isn’t properly tuned, the fuel-to-air ratio isn’t stable, and the engine starts getting more fuel than it can burn.

When the engine has more fuel than it can burn, some of the fuel leaks out of the engine and into the exhaust, where it burns.

By chance, this problem can also happen if the engine isn’t getting enough fuel. When not all of the fuel is burned at once, some of it will leak into the exhaust, where it will burn.

Get a mechanic to check it out and replace it, and this problem will go away.

A low fuel supply could be caused by a vacuum leak, clogged fuel injectors, or a broken fuel pump that leaks and can’t pump enough fuel into the engine.

The best thing for you to do would be to have a pro look at this.

A car’s ignition system is made up of two valves that let fuel, air, and exhaust fumes in and let them out.

When the right amount of fuel and air goes into the engine cylinder, the valves close and let combustion happen.

But if this timing is off, some fuel can leak into the exhaust and catch fire. This makes the car backfire.

This problem happens more often in older cars, so if it happens in a newer car that doesn’t have old parts like catalytic converters, it could be a cause for concern.

Get a professional to look at this, and they might be able to figure out what’s wrong. 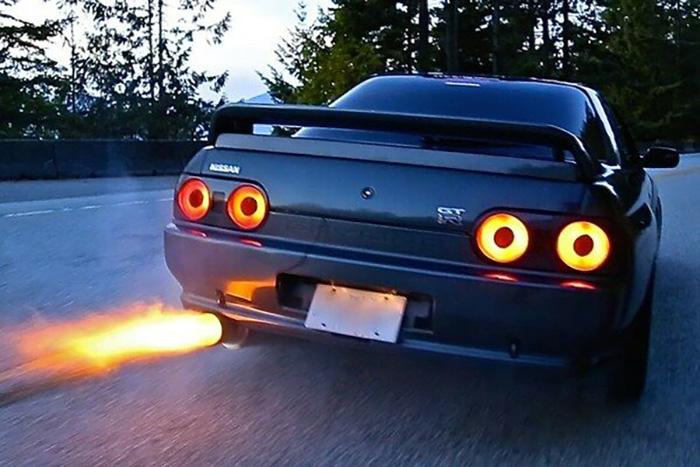 Older cars still have spark plugs and distributors. If the spark plugs are broken, the fuel in the combustion cylinder may not burn all the way.

Newer cars don’t have this problem anymore because they use coil-on-plug systems instead of the older spark plug systems.

But if your car has a newer ignition system and is backfiring, that could be a problem!

But it might be hard to replace the newer coil system, so it’s best to have a professional mechanic look at the problem.

Carbon tracking is common in older cars. It happens when tiny amounts of carbon build up in the distributor cap.

After collecting enough carbon, it can be used to move electricity from one plug to the other.

This weakens the power of the ignition spark, so the fuel doesn’t burn all the way, which leads to the same problem we talked about above.

Most new cars don’t have this problem, but if you have an older car, you can use dielectric grease to stop the spark plugs from collecting carbon.

We’ve added a detailed and helpful guide that you can look at here. This guide gives easy-to-follow step-by-step instructions on how to deal with spark plugs that aren’t working or that are carbon-tracking, as well as how to fix them.

But we would say that these kinds of problems are best left to technicians who can understand them better.

Reason #5 Your car has a malfunctioning distributor cap

The distributor cap’s job is to send electrical pulses through wires to the spark plug.

If the distributor cap is broken, it can mess up the way the spark plugs light the fuel, which can cause fuel to leak into the exhaust.

Why do cars backfire when you start them?

Older cars often have this problem after sitting for a while, since they need to be tuned every few months to work properly.

When you start your car, fuel goes into the combustion chamber. All of the things above can cause your car to backfire.

The timing of the engine’s combustion could be off, the valves could be broken, or the distributor cap could be cracked. We’ve also talked about how bad spark plugs and carbon buildup can cause backfiring.

Why do cars backfire when you turn them off?

When you turn off a car, the remaining fuel could leak out through the exhaust valve and catch fire on its way out.

If your car is backfiring, the best thing to do is take it to a trusted mechanic as soon as possible so you don’t make any mistakes trying to fix it yourself.

We hope this guide was helpful and that you won’t hear that painful pop any time soon.

Mazda 3 TCM Reset
5w30 Vs 10w40 Engine Oil: Which Is Best For You?
Vermont Tint Laws That You Need Know
How To Wash Steering Wheel Cover